Want To Smoke Marijuana In Spain? Join A Club

I've left France for Bulgaria, where I'm meeting with my TV crew. But first, a few thoughts on my earlier experience in Spain.

Cannabis Club Choko is a discreet, simple, and tasteful lounge in Barcelona's Gothic Quarter. Its members relax any night of the week to enjoy the privileges of being a part of their club – to smoke the weed they collectively own without getting arrested.

Of course pot is not legal in Spain. But, like many countries, Spain has an artful way of letting people smoke with discretion and not get arrested. While Amsterdam's coffeeshops are more gritty, I found Spain's cannabis clubs more elegant. (I am now a temporary member of a club in Madrid and in Barcelona.)

Cannabis clubs are private, not public. You technically don't buy weed, you co-own the production. I was able to get a temporary membership with a local friend, but to join there's lots of forms and, technically, you need a local address. Spaniards told me, "We are used to dealing with old laws that should be changed but don't. We build little fantasies to dance artfully around them."

There's a huge variety of clubs - this one supports urban art and showcases local artists. (It's famous for its mesmerizingly beautiful "Choko Club Head" by Shaka.) Reputable clubs don't advertise. They're funded by annual membership fees. As they can't make any profit; this one puts on impressive cultural events to spend its extra money.

Because the big risk is neighbors complaining about the noise or smell, clubs are often in edgy neighborhoods and are extremely discreet and quiet. The ones I visited close at midnight and, of course, don't allow minors. In Spain, I was told you can smoke with impunity. But if you sell even one joint, you might as well sell a kilo – it's very serious with the police.

The Basque and Catalunya regions are ahead of the rest of Spain when it comes to marijuana laws. Generally Spaniards know there's cheap stuff on the streets, but they prefer to pay more for predictable quality in clubs. Vaporizers may be the rage in the USA and in France, but in Spain they just don't sell. Whether tobacco or marijuana, Spaniards simply love to actually smoke.

In Spain, since the economic crisis, there's a big roll-your-own culture with tobacco. People just can't afford regular cigarettes. I was told pre-rolled cigarettes are not only more expensive, but they end up causing you to smoke more. A normal cigarette has more tobacco than a smoker really wants and, since people don't want to waste tobacco, they end up smoking more than they would if they rolled their own. Now, more cigarette smokers in Spain are smoking little DIY cigarettes that look like joints. And that makes it much easier to get away with smoking a joint in public here in Spain, as people assume you're smoking tobacco.

This is Day 42 of my 100 Days in Europe series. As I research my guidebooks and make new TV shows, I'm reporting on my experiences and lessons learned in Portugal, Spain, Italy, France, Bulgaria, Romania, and beyond. 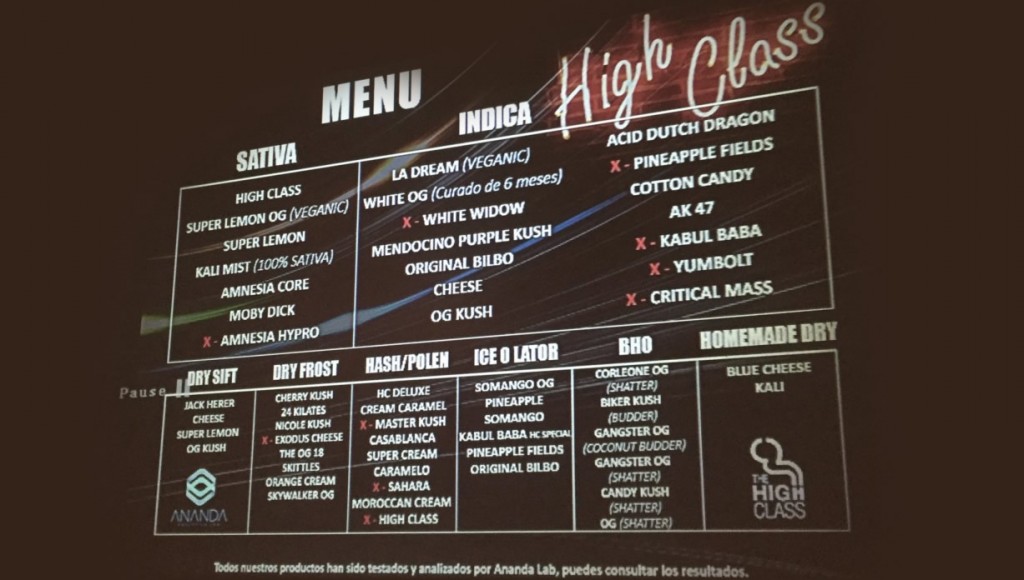 The Booming Business Of Cannabis In Spain