And So it begins , its my first journal so be gentle

Business before pleasure so lemme drop this cash on the dresser and we can get to the fun stuff ....

Strain
2 separate strains in this grow. Half ( given successful germ ) will be a strain of
my own creation (origins Unknown) indica leaning hybrid . The other, a mostly sativa strain that a friend grew last year outside but didn't turn out well , i think it will be amazing given the proper care. henceforth referred to as RDW

Stage
Seeds in cups , wet for maybe 3 hours at time of posting

Grow Space
10x12 ft room cooled / heated as necessary. My understanding wife lets me keep the house at whatever keeps the grow room at optimal temps.
Vivosun carbon filter and fan combo ( 4 inch vent fan as a booster when needed) to vent the air outside through a basement foundation window.
Janky Mylar covered cardboard boxes as reflectors to contain light ( im working on it )

Fertilizer
RDW - Fox farms standard trio. doses determined as plants dictate
My creation - Dr Earth organics ( first time using organic with this strain ) ive been testing this strain out to see how it grows in various conditions.
Last grow i even tossed it in some dirt i dug up from outside and what became lovingly referred to as mud plug. Ill post some pics at some point

Watering Schedule
Water is filtered tap ph'd to 6.3 ( adjusted as needed based on plain water runnoff tests) i like to keep it around 6.5

As for the watering it has always been as needed lift the bucket method. And after reading the method by Emilya i realized its fricken genius , so now this and always this by @Emilya the-proper-way-to-water-a-potted-plant


I also have a flowered unicorn horn that is making seeds right now , was thinking about seeing what happens if i try to re veg it. Currently don't have the ability to run separate light schedules so thought maybe just toss it in on 18/6 when the seedlings are ready for the room. Or maybe just put it outside on my deck when the threat of cold is gone .... any ones two cents will be received gratefully on this one. 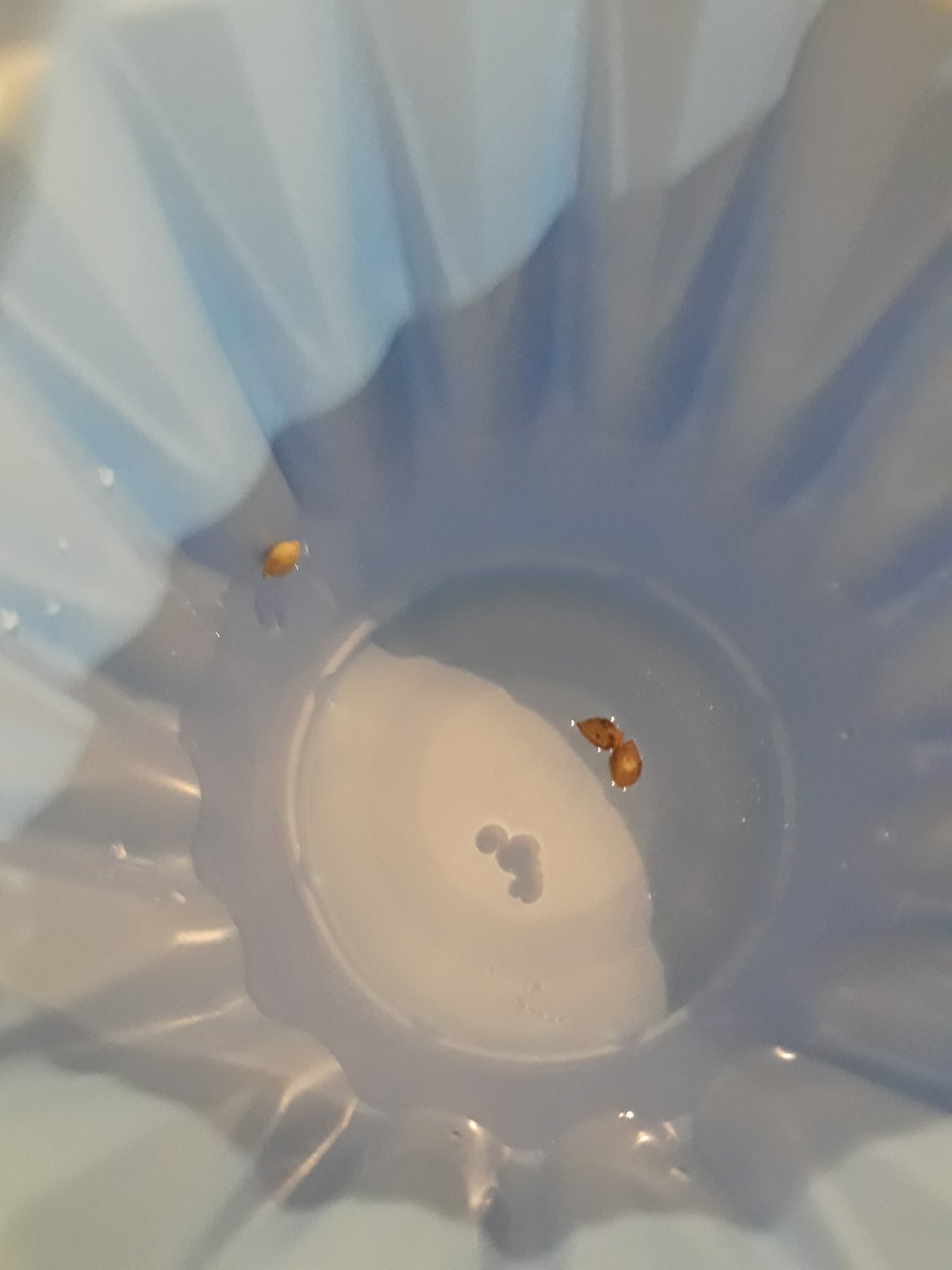 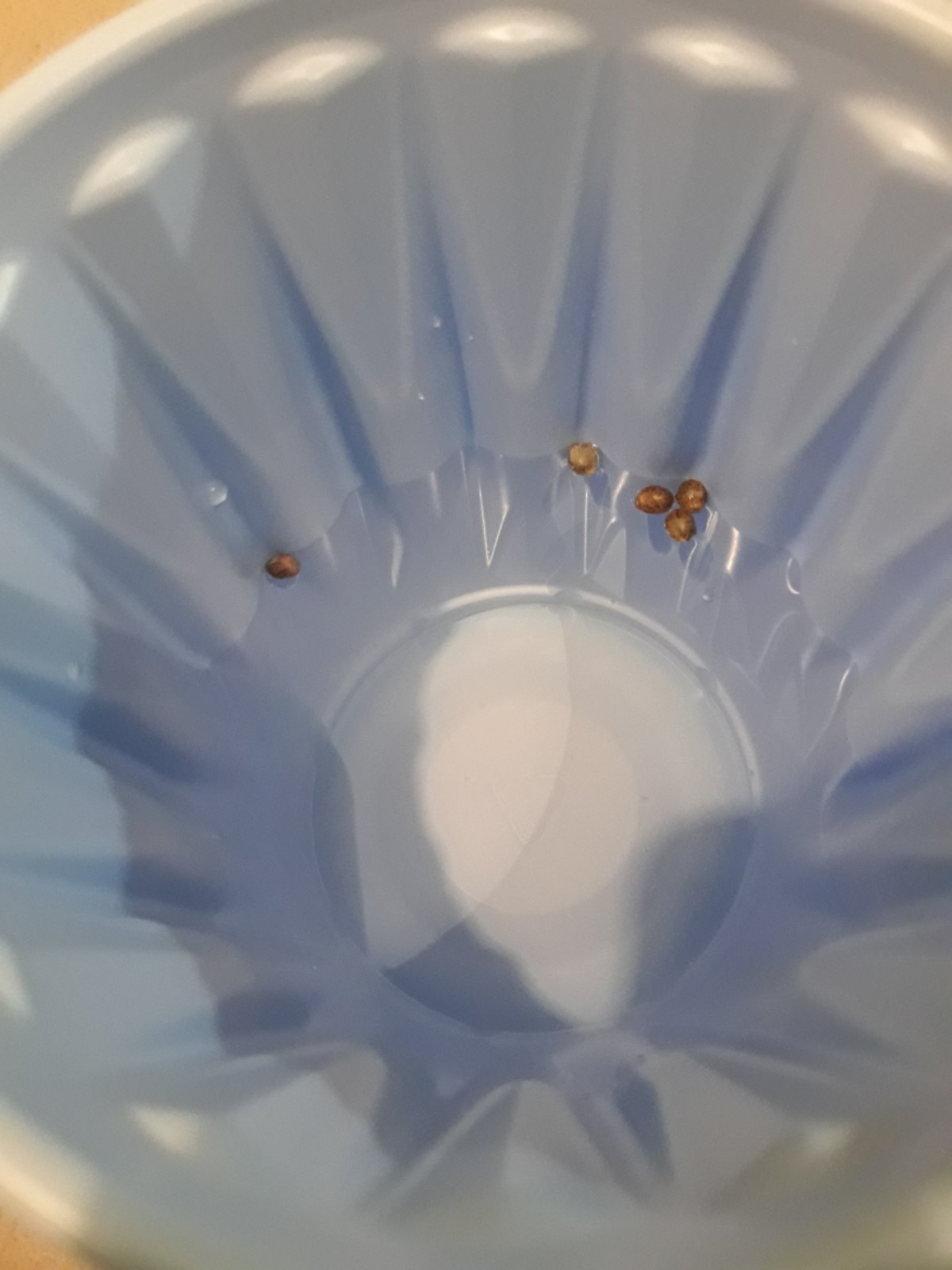 And heres some pics of the last grows mud plug , was surprised it managed to grow the roots that it did. I tried to push my finger into it before I watered one day , it litterally barely made a dent and I pushed as hard as I could without breaking my finger. And my wife says I have "freak fingers"
What i did learn is in the same conditions except for dirt , my strain will grow in almost anything, I havent made a final weigh tally yet but the one grown in the same size pot with good soil filled two jars just like mud plug. 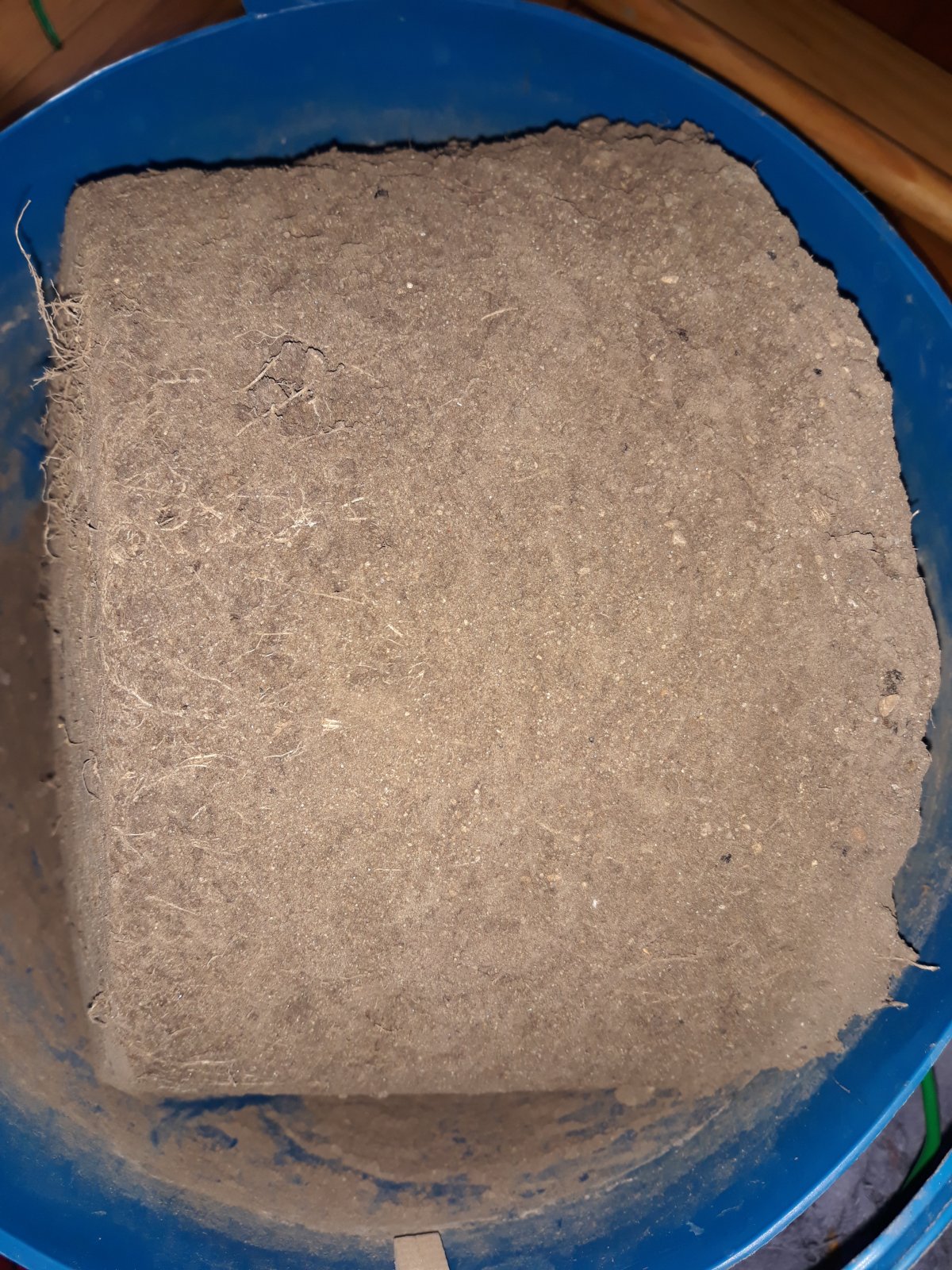 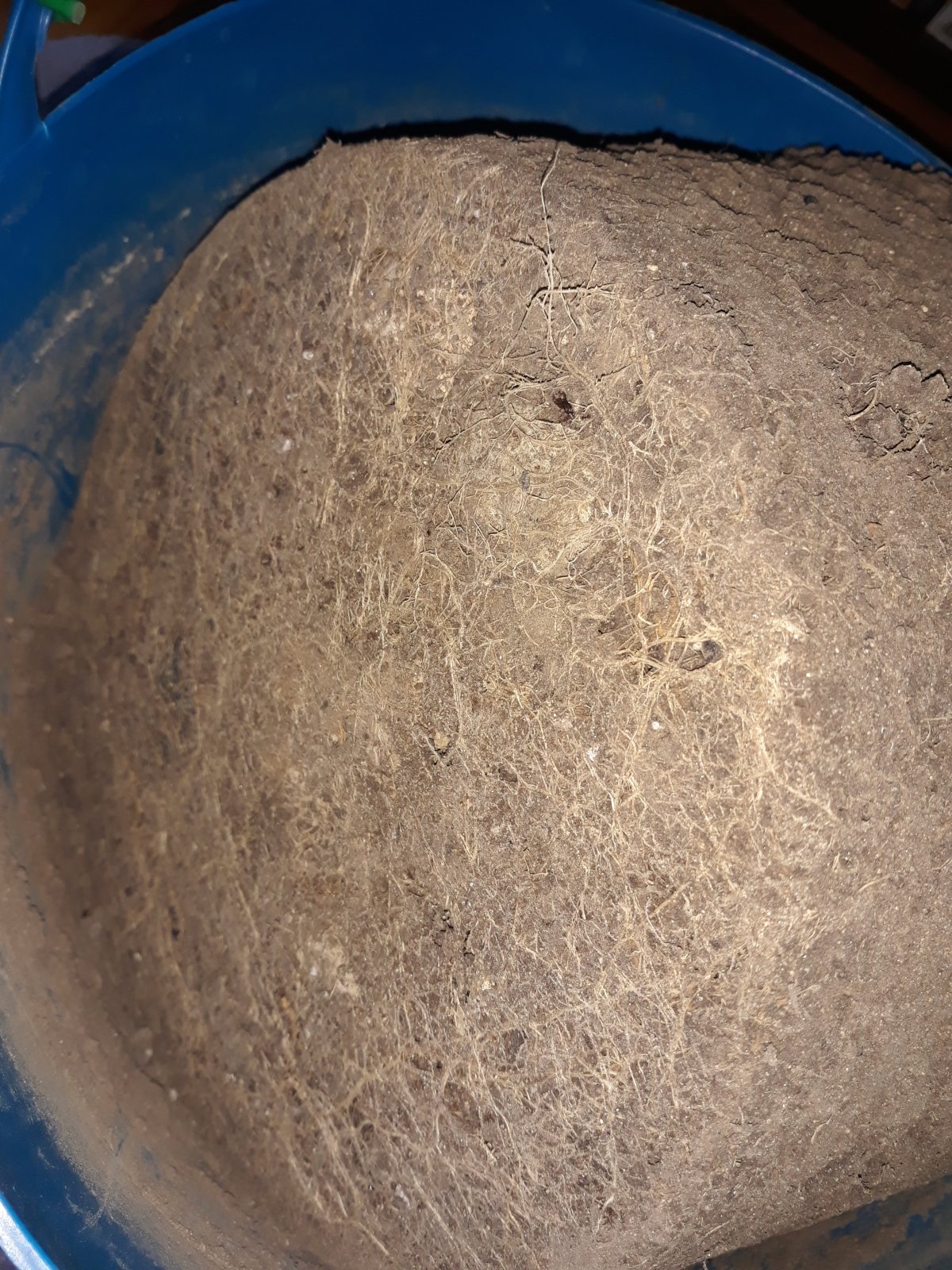 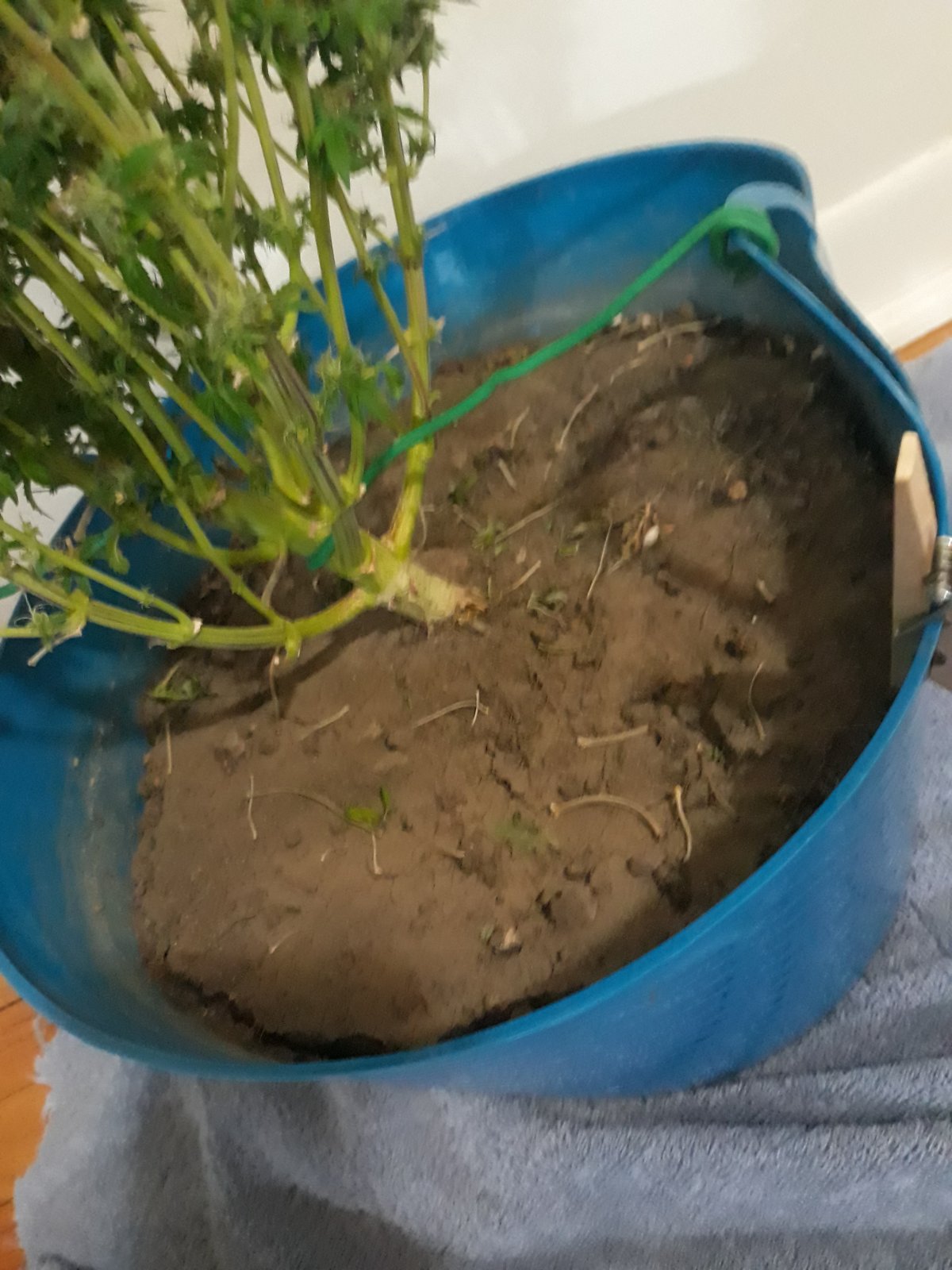 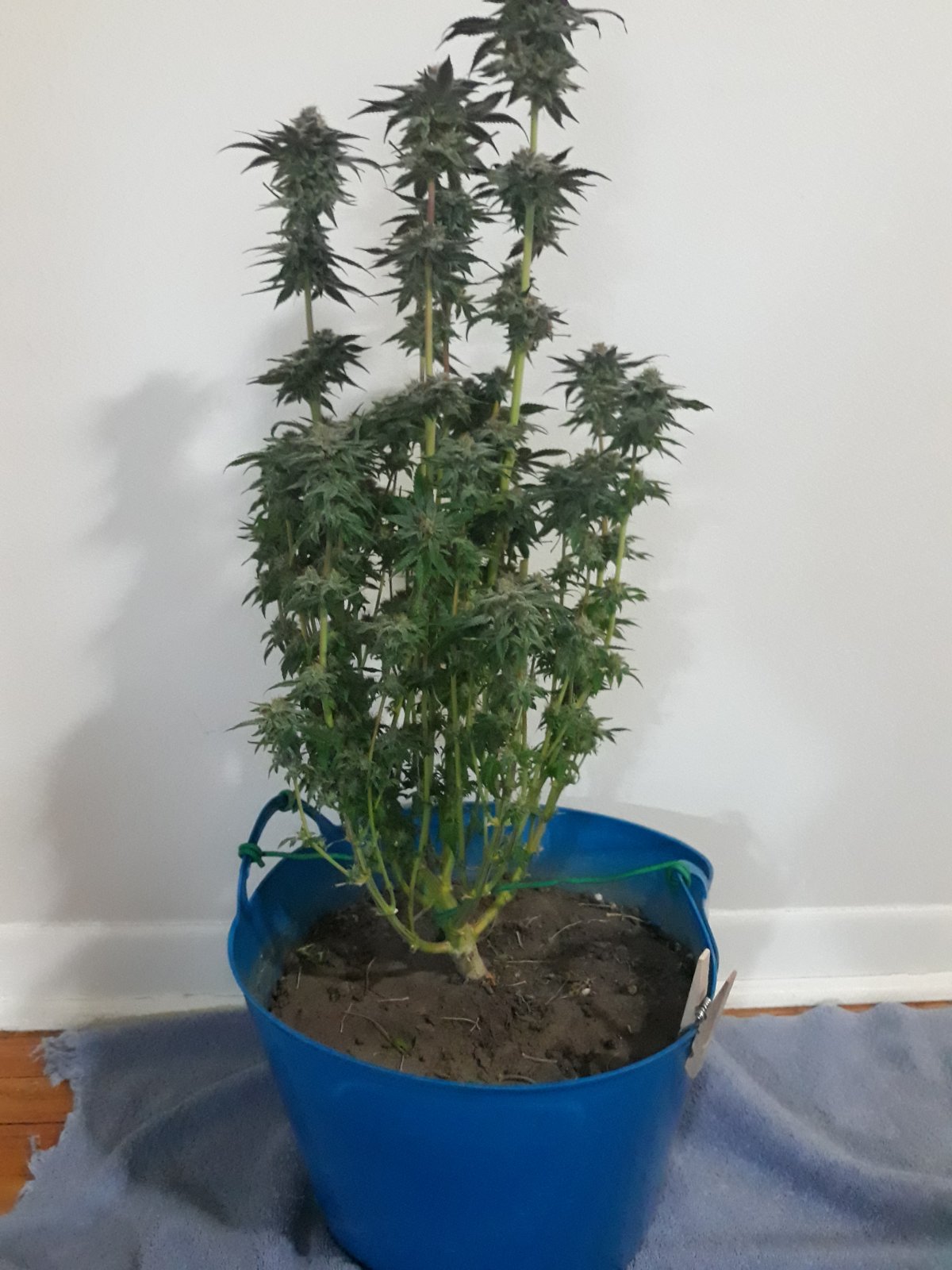 3 rdp seeds were split this morning and one of my strain
Into dirt they went.
Other 2 rdp went I to paper towels in case they are late bloomers
2 of my strain still soaking , going into paper towels tonight if they arent opened after work. 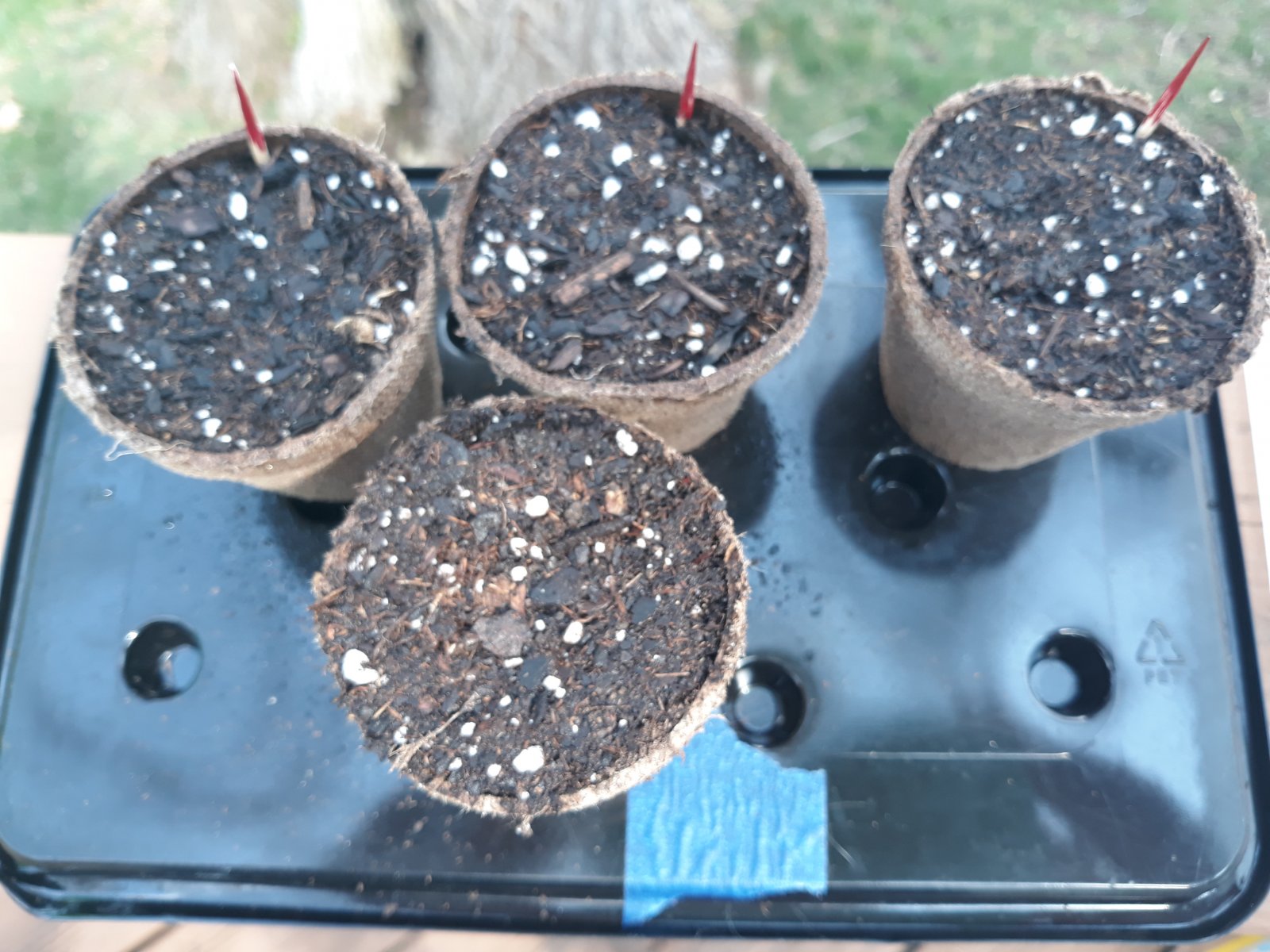 So all 5 of the RDP have popped thier little tails out. Got home and both the paper towel seeds had little tails so into the dirt they went.

And one of the first set that cracked has broken soil already.

Getting tires and an alignment on my ride so pics will come later.

Took some clones I forgot to mention from my strain so not going to germ anymore seeds.
Although I did have to do some switching around of lights to accommodate a couple of my last harvest to make some seeds , what I didnt think about was my bubble cloner on the counter in the same room , so they sat under 12 12 for like a week plus, already showing pistols, so they will have to be reverted.

Grow room needs a full wipe down due to possible pollen from the last set , unicorn horn went hermie , which due to my lack of seeds ( I have one left ) or even the ability to find that strain anywhere I was not upset , buuuuuut it does mean some serious cleaning.

I filter the air coming in from the hvac and its expelled outside so I'm fairly confident my air system shouldnt be contaminated with pollen , although I may just be kidding myself.
Fingers crossed i guess haha
My intro

3 more broke the surface while I was gone , ahhhh nature , what an incredible thing it is 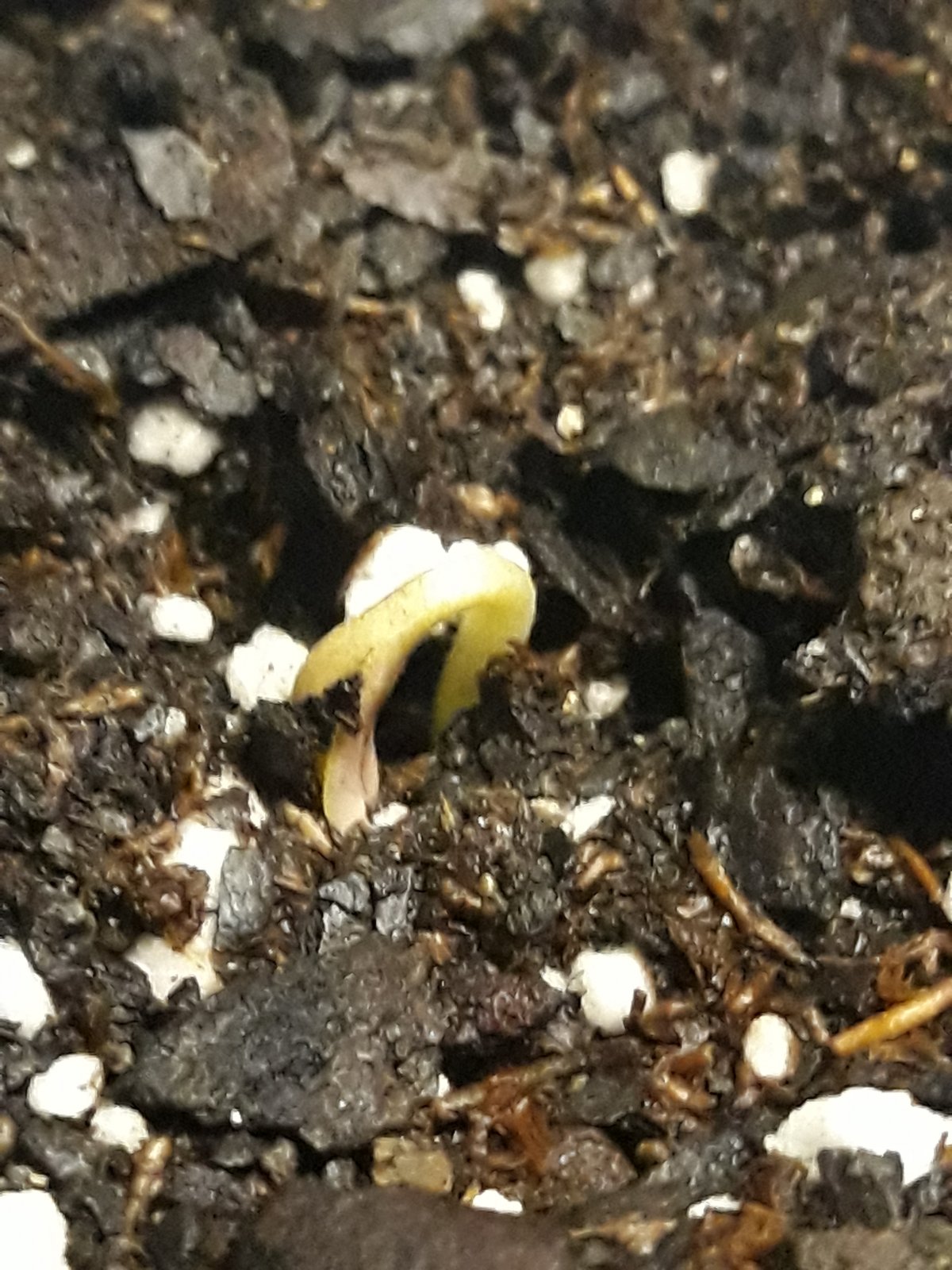 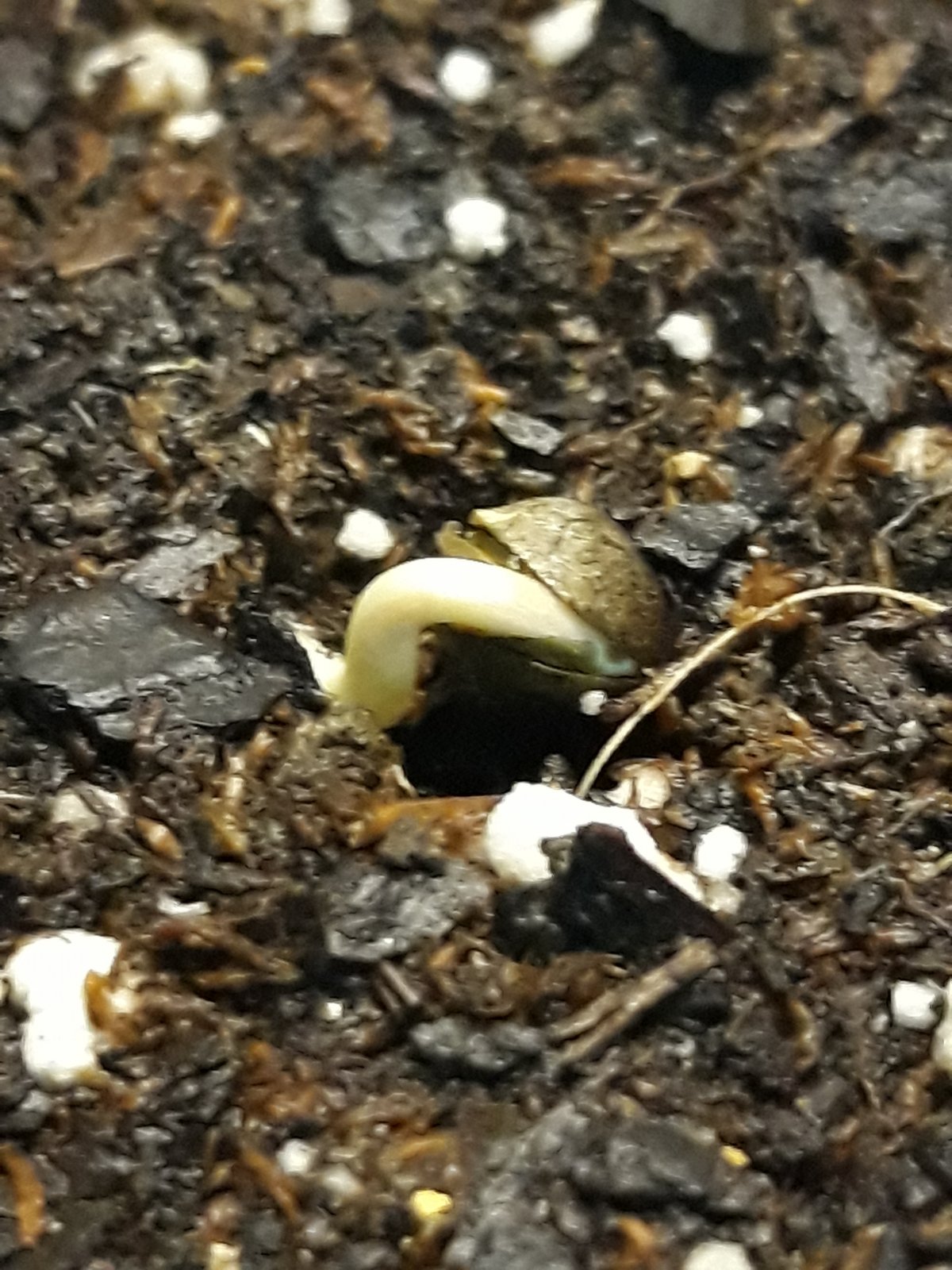 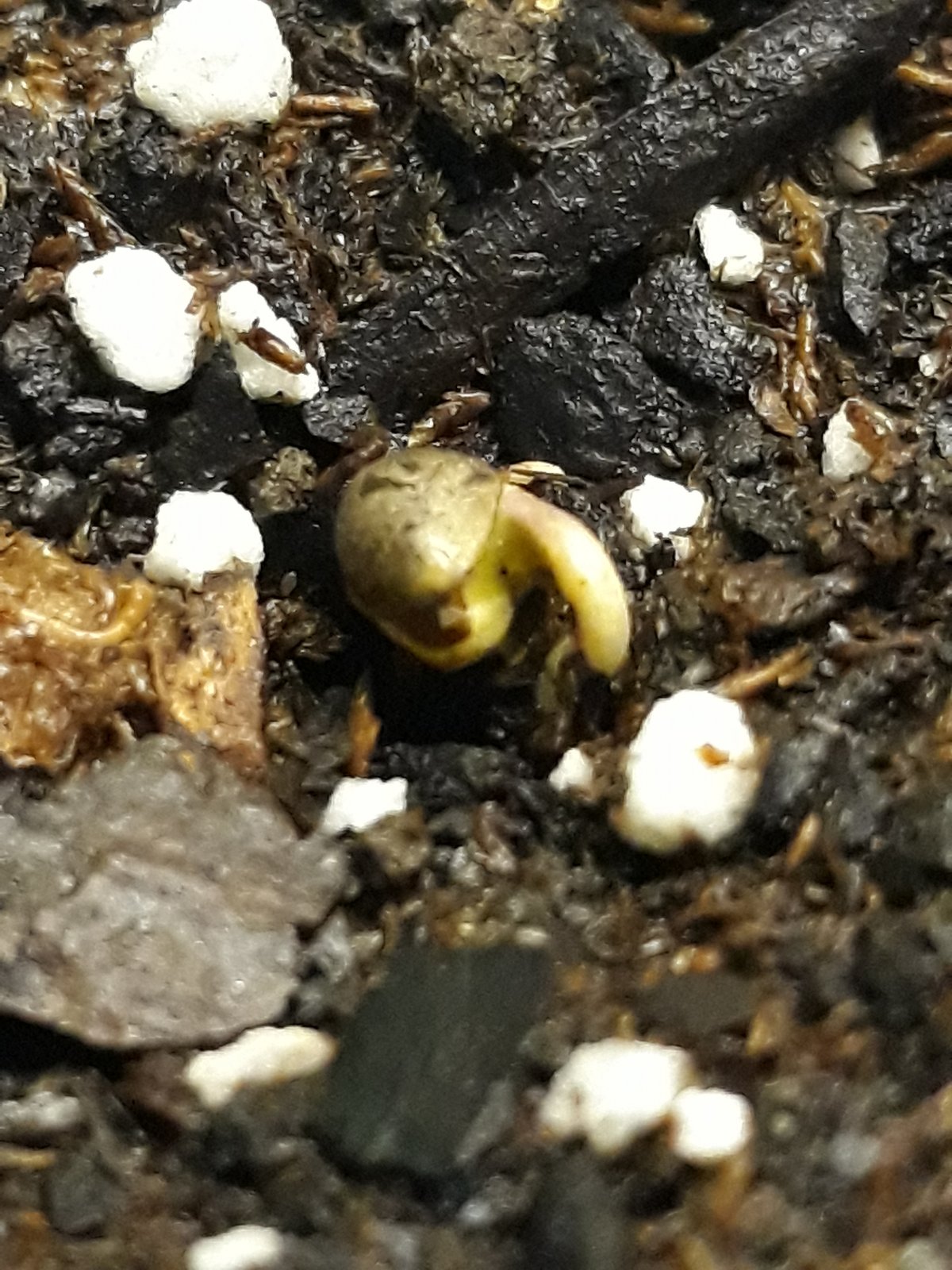 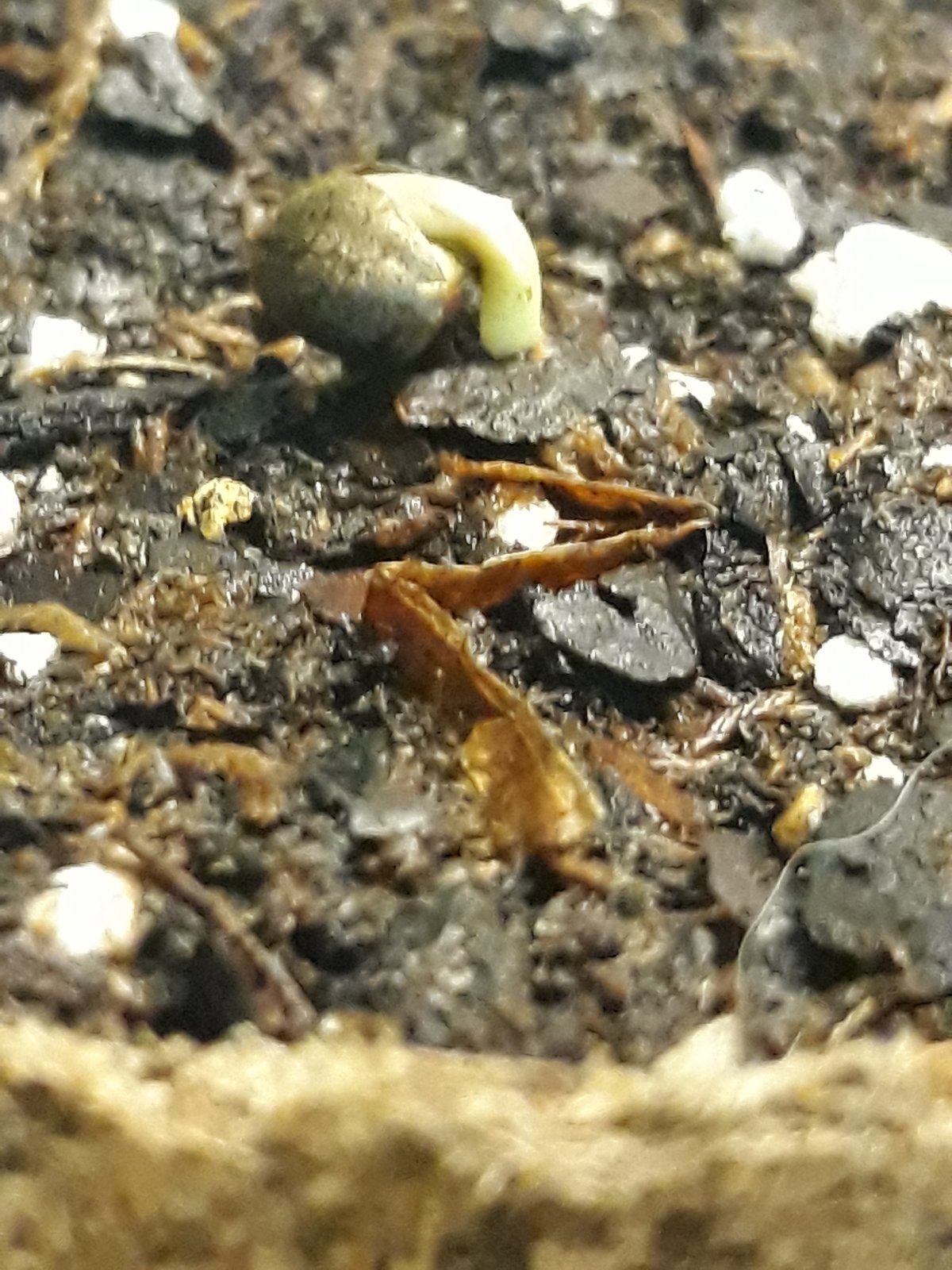 So all but one is now out in the open air , but it broke soil this afternoon , helmet still on so it may need some help. Either way we are all systems go it seems , heres hoping they are all girls
My intro 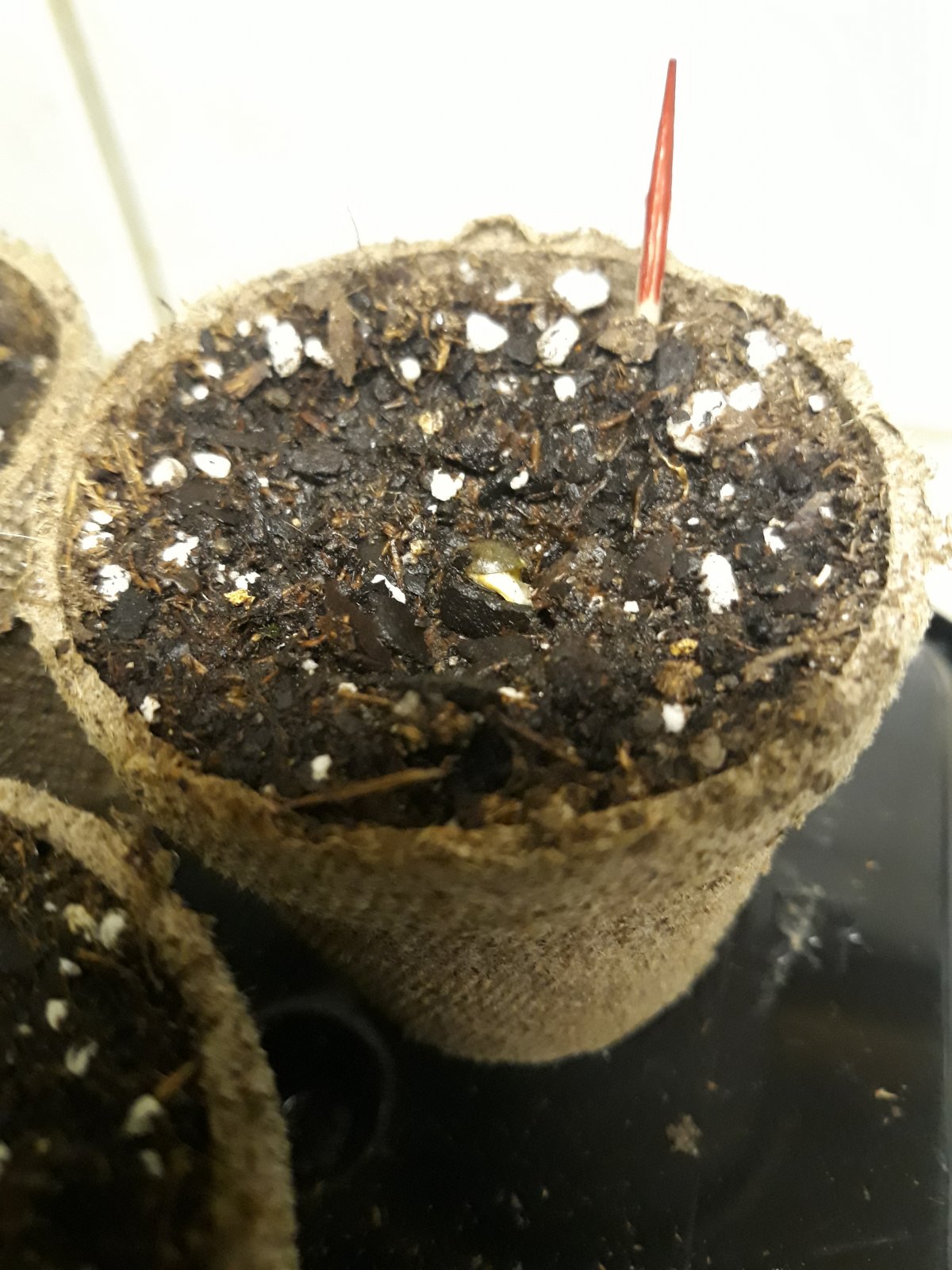 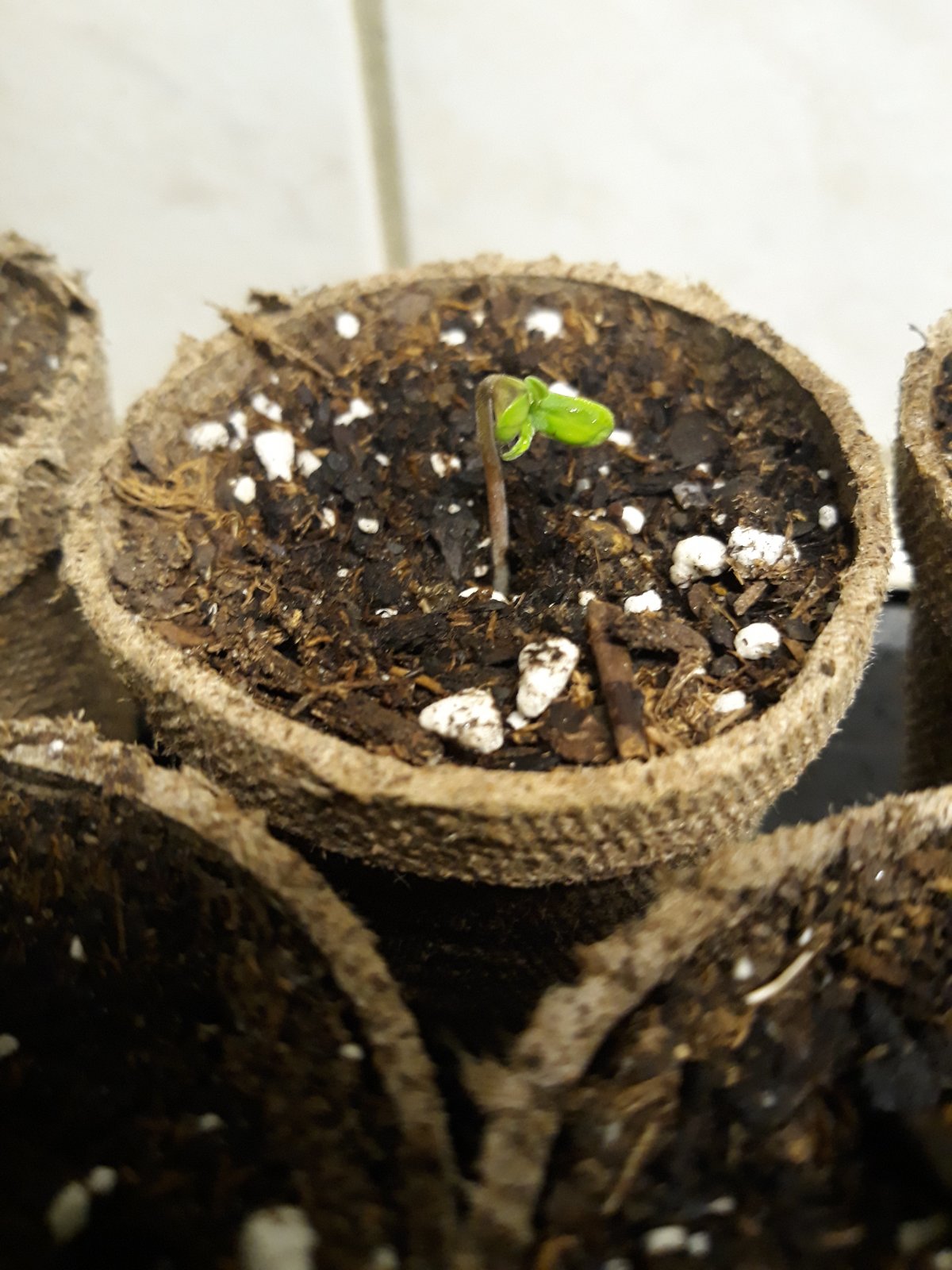 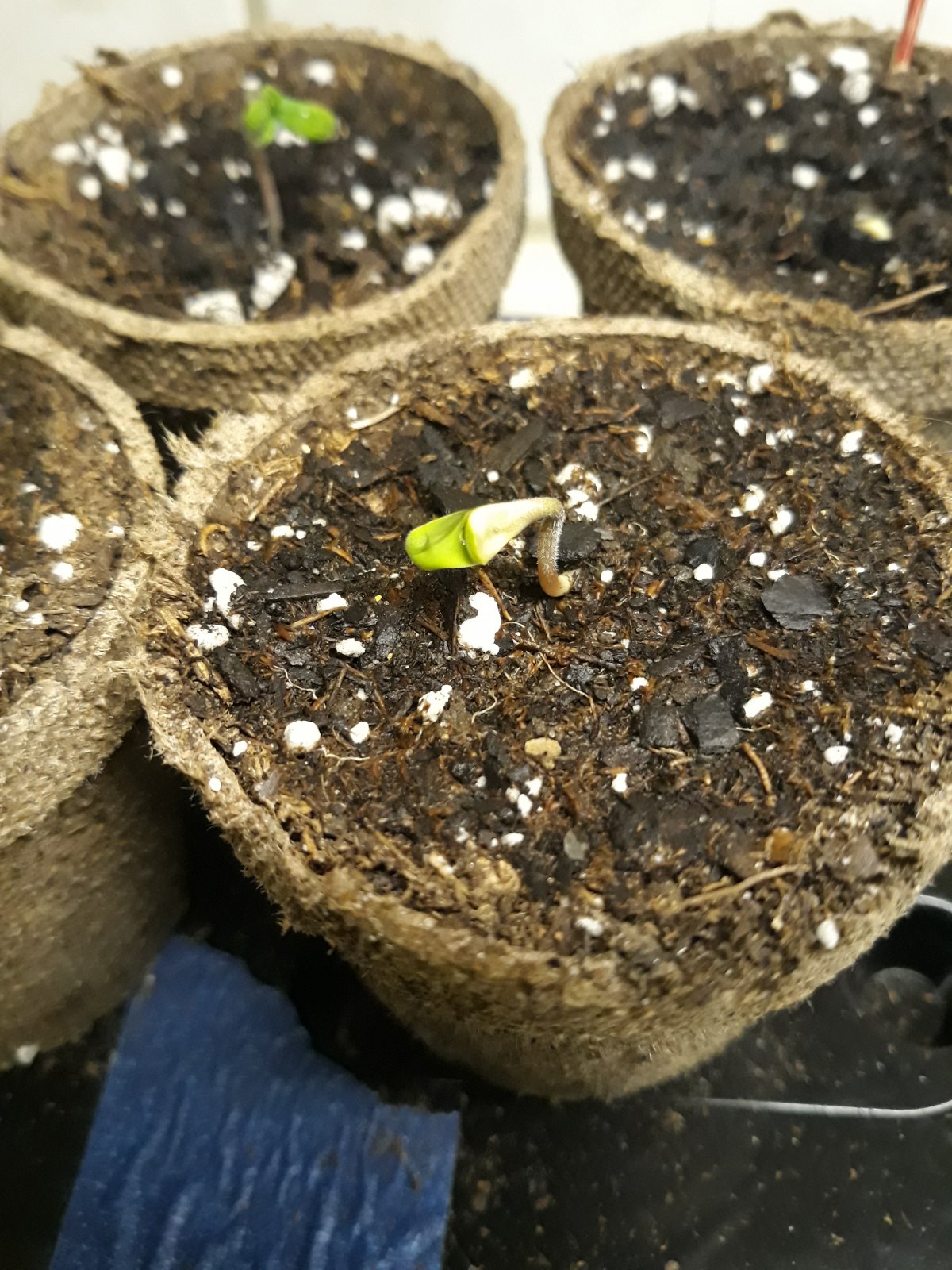 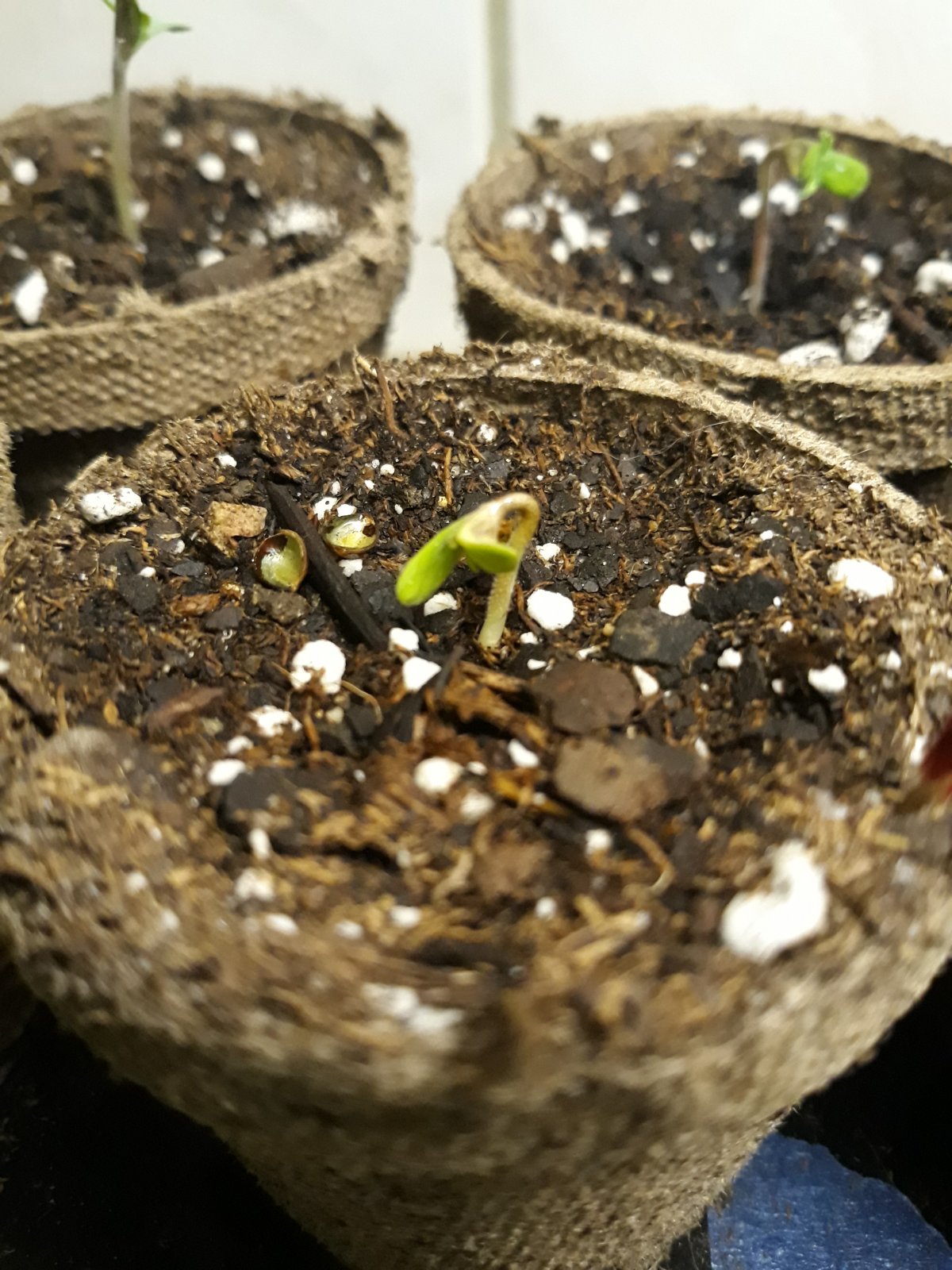 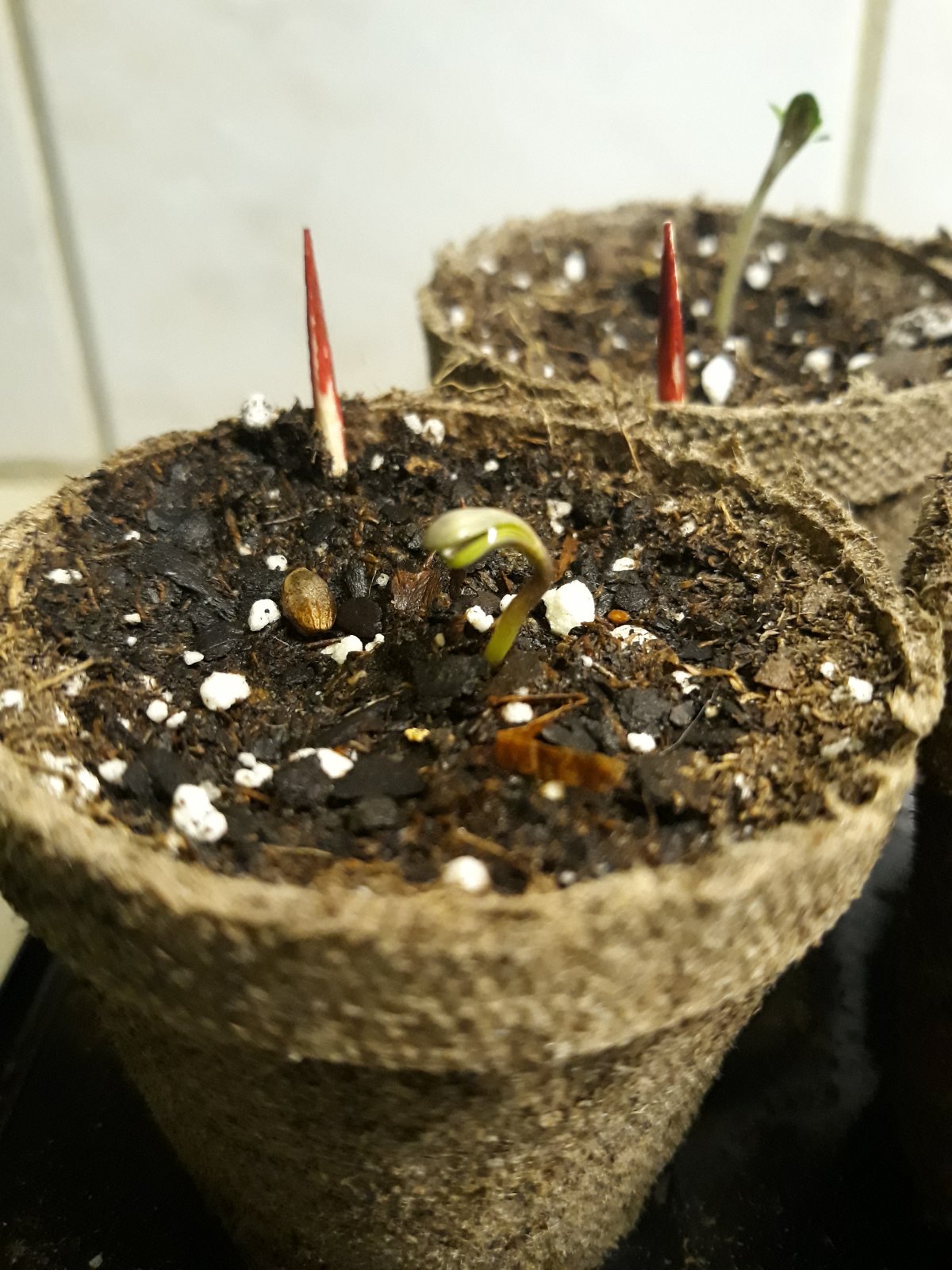 so turns out i have to move , journal abandoned
please move
My intro