Store owners in Washington have begun cramming for the start of marijuana legalization in the state in their hope to start selling pot on Tuesday. James Lathrop, the owner of Seattle-based recreational marijuana shop Cannabis City, sought the services of an events firm for crowd control, food truck, free water for customers, and even a portable toilet. He hopes his first 10-pound supply is enough for the incoming crowd, Kansas City detailed. Nevertheless, Lathrop is limiting purchases to two grams for each customer to make sure everyone has the chance to buy pot.

Some store owners are considering loading the pot on a crab boat or a rental helicopter just to make sure that they have stock on their shelves by Tuesday. Their licenses are expected to be approved on Monday. One year and eight months ago, Washington and Colorado voters moved for the legalization of cannabis. The legal sale of pot in Washington begins this week, while Colorado had an early start at the beginning of 2014. Around 20 out of the planned 300 shops in Washington are set to receive their licenses Monday, officials said. In Seattle, only one store is ready, and two more are expected to open in Bellingham, Tacoma, Spokane, and other smaller cities.

Over 2,600 people have applied to grow recreational marijuana, but less than 100 have received approval from the state Liquor Control Board. Some store owners were hurrying to contact growers to make sure they have enough pot to sell, but many of the plants cannot be harvested until late summer. Washington requires a 24-hour quarantine period before growers can ship orders to customers. Upon delivery, stores need to verify and input their bar-coded inventory into a tracking system before they begin selling. Each marijuana strain could reportedly sell for $12 to $25 per gram. Unregulated medical dispensaries in the state sell marijuana at $8 to $12 per gram. Attorney Alison Holcomb drafted the marijuana legalization law and now plans to buy pot from Cannabis City. She said the new law is a good way of keeping nonviolent marijuana users out of prison and to prevent criminal groups from making big profits out of the marijuana industry. 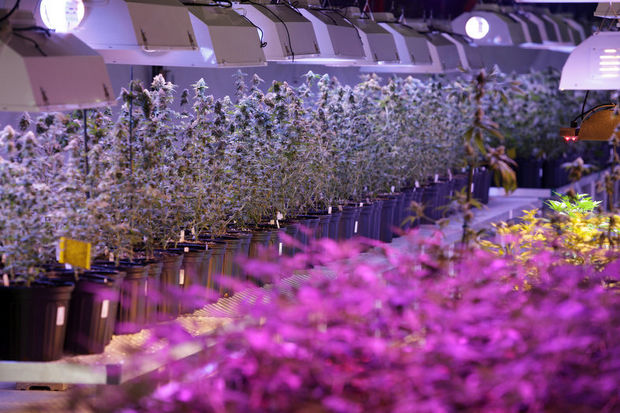