Marijuana could be grown outdoors in the sunshine – no grow lights or greenhouses required – under draft rules for Washington state's new marijuana industry approved Wednesday.

The rules, approved by the Washington State Liquor Control Board during a meeting in Olympia, establish regulations for pot producers, processers and retailers and set the stage for legal recreational marijuana use to begin early next year.

The decision to allow outdoor grows also increases the potential for pot as a crop in Washington's sunny side east of the Cascade Range, where irrigated fields of apples, hops and wine grapes dot the landscape, though most agriculture groups are discouraging longtime farmers from growing it.

The Liquor Control Board released preliminary draft rules in late May after board staff members spent long hours visiting marijuana grow houses and studying the science of pot.

Four public hearings on Wednesday's proposed rules, which included several key changes, will be held across the state Aug. 6-8. They will be in the Seattle area, Olympia, Ellensburg and Spokane, with exact dates and times to be determined.

The proposed rules are scheduled to take effect Sept. 16. At that point, the Washington Liquor Control Board will begin accepting applications for marijuana producers, processers and retailers.

The biggest change: Marijuana may be grown outdoors with secure fencing and surveillance and is not limited to indoor facilities.

Board member Chris Marr from Spokane said he was pleased the board decided to allow outdoor grows.

"How is an 8-foot cyclone fence with a security fence any less secure than a corrugated steel building?" he said.

Marr also said that he's not convinced that the cost advantage touted by supporters of outdoors grows is as great as perceived, "but if it drives down the price of marijuana, I think we've taken the right approach."

Gov. Jay Inslee said the rules for a well-regulated and disciplined system.

"We have a very good story to tell the federal government that we are being responsible on how to handle this initiative," he said.

Inslee also suggested he helped nix the Washington state logo for the pot industry – an outline of the state with a marijuana leaf in the middle, which the board killed Wednesday.

Inslee said he found it inconsistent with the traditions of the Evergreen State, "where we're known for Western hemlocks and glaciers and mountains, rather than a particular leaf.

"We'd like to maintain our state image," he said.

Last fall, voters made Washington and Colorado the first states to legalize the sale of taxed marijuana to adults over 21 at state-licensed stores.

In Washington, sales should begin in early 2014 unless the Justice Department steps in to prevent them. Pot remains illegal federally, and the DOJ could sue to try to block the licensing schemes in Washington and Colorado from taking effect.

Colorado already has approved rules laying out how marijuana should be grown, packaged and taxed. The voter-approved initiative legalizing pot in Washington, I-502, required the Liquor Control Board to have rules in place by Dec. 1.

Any producer who meets all requirements under the rules will be granted a license. Retail licenses will be distributed based on the population in each county and demand for pot. A lottery will be used if there are more applicants than called for in a specific region.

Board staff said they expect to have more details about that in the next 30 days. The rules do not institute a cap on the number of retailers, though the board left open the possibility that one could be imposed at a later date.

Board members also expressed concern that medical marijuana providers currently do not fall under the regulations.

Medical marijuana must be licensed, taxed and regulated, "and unless that happens, we are not going to have as robust of a retail 502 economy as we would want," board chair Sharon Foster said.

Also still to be determined: how to regulate the sale of concentrates or potent marijuana extracts, such as hash, which are not defined under the regulations. 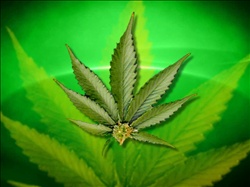 T
Marijuana Rules Taking Shape In Washington, And You'll Have A Say