As recreational marijuana advocates in Portland rejoice at the passage of Measure 91, pot shop owners in Clark County are bracing for stiffer competition and lower prices south of the Columbia River. Many of the details of how recreational marijuana will play out in Oregon are unclear at this point, and the actual launch of retail marijuana sales is still far away. The Oregon Liquor Control Commission must create a regulatory system for recreational pot businesses by Jan. 1, 2016. The state must also begin taking licensing applications no later than that month.

While everyone waits for Oregon's market to take off, retail marijuana sellers in Clark County are wishing for major changes in Washington's marijuana tax system. Oregon's law charges a one-time excise tax to producers only on marijuana sold at wholesale: $35 per ounce for flowers, $10 per ounce for leaves and $5 each for immature plants. Prices at Washington pot shops have been higher than expected, leaving many consumers turning to significantly cheaper options on the black market or in medical marijuana. Among the factors driving up the price of legal pot is the 25 percent tax charged at each tier of the industry: producers, processors and retailers.

The total tax rate is compounded by state and local sales taxes and the state's business and occupation tax on gross receipts. Unless that changes in the next couple of years, Loren Carlson, who opened Clark County's third pot shop in Battle Ground this week, and other sellers expect consumers to soon find better prices in Oregon. "We'd just like it to be more that we were on a level playing field with them," Carlson said. "This will probably irritate a lot of people, but I don't really see a way to lower prices at the retail level until something's done on the taxation."

But Carlson, whose Country Cannabis Store opened Monday, isn't holding out hope that Washington lawmakers will change the tax structure anytime soon. While Oregon's recreational marijuana will take a bite out of the industry in Clark County, it won't pose a serious threat to Washington's economic center, he said. "The Seattle market is the one that drives all this," Carlson said. "So, they're (legislators) not going to be too terribly concerned about us down here." Being more than 15 miles away in Battle Ground, Carlson believes he's insulated enough from the Portland market to keep his business running. Portland stores would pose a greater challenge to Vancouver's two pot shops, New Vansterdam and Main Street Marijuana, he said.

Brian Budz, the owner of New Vansterdam, has mixed feelings about facing new competition. "At this stage, this is a blessing and a curse," Budz said. "It's a blessing, because obviously we need as many states as possible to legalize so we can get this changed on a federal level." That said, Budz hopes Washington legislators will take the opportunity to explore some of the flaws in the state's system before legal marijuana sales take off in Oregon.

One of the problems, he said, is that the 25 percent tax is charged on retailers pre-sale. Budz believes changing that to a post-sale charge could lead to a dramatic price drop. Squeezing out the black market was one of the main thrusts of Initiative 502, which legalized recreational marijuana in Washington two years ago, Budz said. With cheaper prices, stores in Oregon may stand a better chance of succeeding on that end.

"Oregon's giving itself a real chance to do something and make a change," he said. "What that allows for is being able to actually aggressively go after the black market in Portland and make a product that is going to be priced to do that." Price predictions could be muddled by local sales taxes that many Oregon cities are exploring for recreational marijuana retailers, Budz said.

At the state level, a consortium of more than two dozen recreational pot advocates are pushing Washington lawmakers to change the tax structure in the next legislative session. John Davis, the executive director of the Cannabis Coalition for Standards and Ethics, said competing with prices in Oregon isn't their greatest concern. "The competition isn't Oregon, the competition is the black market," Davis said. "We're looking to get the taxation more competitive to the black market." 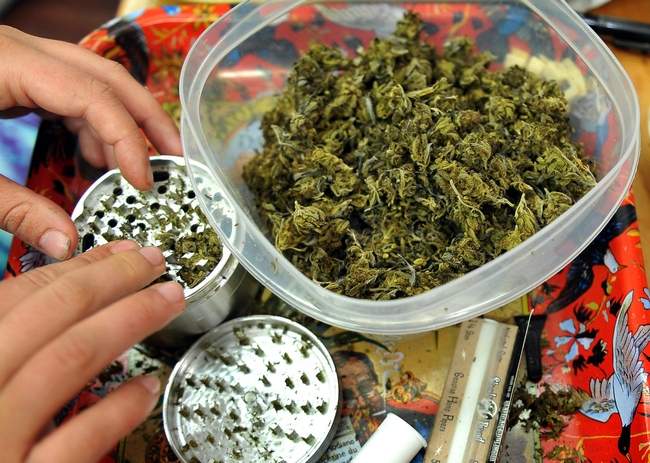