In July, the first recreational marijuana businesses are expected to open in Washington. The emerging industry is expected to generate millions of dollars in revenue but so far, no bank is willing to take on a cannabis customer.
At first, it was understandable that financial institutions took a hands off approach. After all, marijuana is still a Schedule I drug under federal law, meaning it's considered most dangerous with a high potential for abuse. But in a concession to Washington and Colorado, the first states to legalize the sale of recreational marijuana, the feds issued guidance in February for how banks and credit unions can provide financial services to pot businesses legal in Washington.

"Now, that doesn't mean that this business doesn't still violate federal law but the consensus seems to be that it's much better having the money inside the banking system than outside the banking system," said Scott Jarvis, director of the state Department of Financial Institutions. Since February, just a single credit union in Spokane has agreed to provide banking services to marijuana growers and processors in Eastern Washington, but not retailers. So, with the blessing of the U.S. Attorney General and the U.S. Treasury Department's Financial Crimes Enforcement Network, why aren't more banks getting on board?

"Look at it this way, in two years you'll have another administration at the national level, regardless of party, you will have a change in the attorney general's office, you may get different advice. So do you want to set up a system, for instance, that's good for two-and-a-half years and you may have to turn off at that point?" asked Jarvis. "That's something you calculate into your business risk."

Prospective marijuana retailers are equally cautious. A scheduled news interview about a forum held on banking strategies for marijuana entrepreneurs was abruptly cancelled with the explanation that they're still worried about the feds. Jarvis has been trying to ease concerns about servicing marijuana businesses, doing outreach in the banking industry. "Sometimes I get skepticism, sometimes I get a little bit of enthusiasm, certainly nervousness."

He tells them they can rely on the guidance of the federal government and the state Liquor Control Board's oversight of licensees. "The vetting that they do before you get a license is extraordinary, the reports that are published by them on a regular basis are going to be significant," said Jarvis. Bankers might also be put off by the additional paperwork required in the form of suspicious activity reports (SARs) on marijuana businesses that the feds will require.

It seems that more than anything, banks are worried about uncertainty and unquestionable risk. "Let's say you get into the lending piece and something goes afoul with the licensee. Theoretically, property can be seized and the property you just loaned money on may be gone and you don't have access to it," suggested Jarvis.

For now, it appears that some marijuana-related businesses are getting financial services because they're not providing full disclosure to banks about their activities. Eventually, Jarvis thinks one bank will lead the way into this emerging enterprise. "Product is going to be available, I believe, sometime in July and somebody's putting their toe in the water now," said Jarvis. "If the toe doesn't get bit off by a piranha, more people will put their toes in the water." 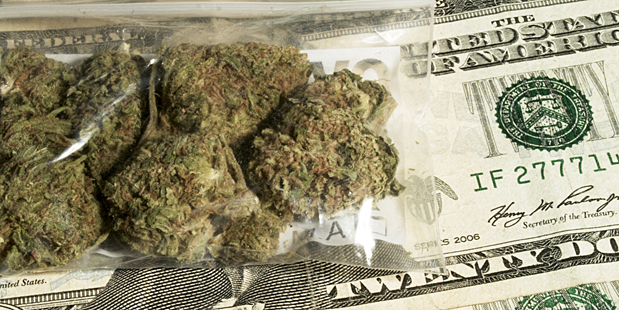 T
Cash Only For Marijuana Businesses After Credit Union Backs Away