Washington state's new recreational marijuana shops will open next week for the first time to legally sell marijuana to adults. But there's a problem: They're low on weed. "Supply is going to be tight as this market launches," said Brian Smith, communications director for the state Liquor Control Board --the agency charged with regulating the nascent retail marijuana market. "This is an emerging market that doesn't exist anywhere in the world. It's a lot different than Colorado. And just like Colorado did when it first opened up, it had some shortages, but Washington's supply system is very robust and in a little bit of time all those suppliers will be feeding into the retail chain and there will be a lot."

The LCB will issue the first retail marijuana business licenses on Monday to about 20 outlets, Smith said. That gives the new pot shops about 24 hours to enter their cannabis inventory into the state's seed-to-sale marijuana tracking system so they can open for business on Tuesday. "We've been looking at population and geography on where retail shops' locations," Smith told The Huffington Post. "We've moved maybe 30 forward, but not all of them are going to be ready come next week. We'd like to open several in Seattle, considering it's the big city, but it's going to be difficult come Tuesday."

Seattle's Cannabis City, which may be the only marijuana shop in the city opening on Tuesday, will have about 10 pounds of pot, owner James Lathrop said. "We''ll be selling in the $15 to $20 range per gram," Lathrop told HuffPost. "We expect to sell out that day." Lathrop is probably right. In Colorado, which began allowing recreational pot sales Jan. 1, several of the nearly 40 shops around the state ran low or completely sold out of their supply in the early days at $10 to $20 per gram.

Top Shelf Cannabis, in Bellingham -- in the northwest corner of the state about 90 miles from Seattle -- has secured about 18 pounds of marijuana for its opening day on Tuesday. "There's a supply and demand issue right now and people can charge whatever they want, but if you charge too much we're going to ruin this industry," John Evich, an investor in Top Shelf, told HuffPost. "We're planning on selling our product for about $12 to $25 per gram."

Both shop owners told HuffPost they plan to sell marijuana in two-gram amounts, hoping to supply any customers who want to be part of the state's first day of legalization. Retail cannabis growers in Washington were allowed to bring plants to be tagged and registered with the state tracking system two weeks after receiving state licenses. The first licenses weren't issued until March. The state's LCB has approved about 79 licenses for marijuana producers and processors.

In November 2013, the LCB opened the application process for retail marijuana businesses. Unsurprisingly, there was a flood. "We had a 30-day window beginning Nov. 20 and [the applications] just poured in," Smith recalled. "We received somewhere in the neighborhood of 7,000 applications." The Liquor Control Board has stopped accepting applications and capped the number of recreational marijuana shops at 334. But just as in Colorado, there are dozens of local bans and moratoriums on recreational marijuana shops across the state, so it may take some time for all those state-allotted retail outlets to open.

Colorado and Washington were the first U.S. states to approve adult-use marijuana in 2012. Colorado's first retail marijuana shops opened in January to long lines and high sales. In the first week, Colorado shops collectively raked in more than $5 million. To date, with more than 100 shops now open, recreational marijuana retailers have generated sales of about $70 million. Washington sales are regulated by the Liquor Control Board, while Colorado is regulated by the Department of Revenue's Marijuana Enforcement Division, which monitored the state medical marijuana industry prior to recreational legalization.

In Washington, marijuana producers and processors cannot also be retailers. In Colorado, retailers can also be growers. Until this month, retail shops in Colorado had to have been a medical marijuana dispensary in "good standing" with the state prior to being allowed to make recreational sales. Now, the state is accepting applications for marijuana businesses from newcomers. In Washington, anyone could apply for a recreational marijuana business license. The approximately 20 retailers that will open on July 8 are not former medical marijuana shops. 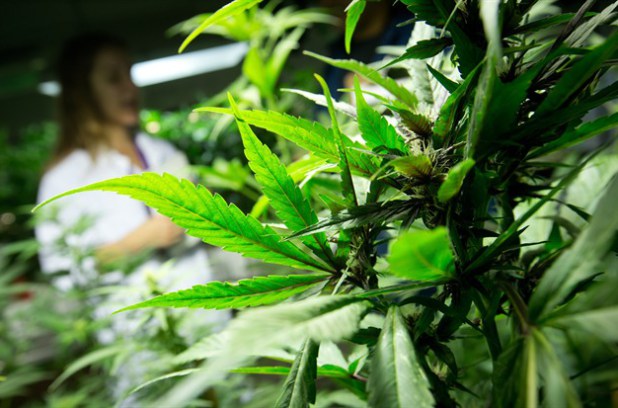 Apr 8, 2014
The General
T
T
Why Washington State Is Taking So Long To Get Recreational Pot In Stores