Growing marijuana may be a business opportunity for Washington farmers and residents. But it's one that is fraught with uncertainty, from security to mites, mildew and the threat of federal raids. In the past two weeks, 22 businesses have applied for state licenses to grow marijuana in Benton and Franklin counties. The applicants include Tri-City area farmers and medical marijuana growers.

Kennewick, Pasco, Richland and West Richland have all passed moratoriums on pot-related businesses within city limits, including farms. However, Benton and Franklin counties do not have similar moratoriums for the unincorporated areas. Franklin County Commissioner Bob Koch said the county doesn't really have a say or any control in the matter. It's up to the state to issue licenses and monitor the licensees. The last day to apply for a license is Dec. 20 by 5 p.m. The Liquor Control Board hopes to start issuing licenses in late February to indoor and outdoor growers, spokesman Mikhail Carpenter said.

To grow, or not to grow: Even some of those who have applied for licenses aren't sure they will farm pot. Among the undecideds is Loran Heinen of Eltopia, who voted against Initiative 502 but is seeking a license with his brother, Brent. They now grow alfalfa, wheat and some seed crops. One of his major concerns is that growing marijuana remains illegal under federal law. He doesn't want to invest money in something that will end up in legal troubles or a lost crop.

While the U.S. Department of Justice has said it will not enforce the law to a certain extent, unless there are minors, gang or criminal activity, firearms or federal property involved, the law remains unchanged. And Heinen said his bank won't accept any money from selling pot. "It's kind of like we are stuck in the 1930s and it's prohibition time," Heinen said.

Gov. Jay Inslee's office, the state Attorney General's Office and the state Department of Financial Institutions are working on a banking solution on the federal level, Carpenter said. Officials recognize that having an all-cash business is a major issue. Even though those major questions remain unanswered, Heinen said he and his brother applied now because there is only a 30-day application window at this point.

What the market will look like is also unclear. Heinen wonders whether pot users will switch to the new legal retail stores or stay with their current suppliers, he said. He also wonders if legalizing pot for adults 21 and older will increase the numbers of those who want to use cannabis. Pot has the potential to be a $2 billion industry within the first five years, according to state estimates. The Office of Financial Management is estimating a price of $3 per gram from producers, $6 per gram from processors and an average pre-tax retail price of $12 per gram.

Not a traditional crop: For now, marijuana still is considered a drug, rather than an agricultural product, said Lynn Briscoe, policy assistant for state Department of Agriculture Director Bud Hover. At the moment, it doesn't fit within what the state would consider traditional agriculture, she said. Legislators may give some direction on the issue during the 2014 legislative session. It's definitely a unique crop, since outside of Washington and Colorado it remains illegal to grow, process and sell pot, said Hector Castro, the Department of Agriculture's communications manager.

There has been no determination on which varieties can be grown. And exactly where the plants and seeds will come from is a sticky subject. Growers will have a 15-day window where they can bring nonflowering pot plants and seeds into the tracking system, with the state essentially turning a blind eye to where the stock came from, according to the rules. It is possible that growers could buy seeds from a medical marijuana dispensary, Carpenter said.

There are still a lot of unanswered questions. Briscoe said she would expect to see changes in the next few years. "Who knows what this could look like this time next year," she said. State rules limit the amount of land that growers can devote to marijuana cultivation to a total of 2 million square feet, or about 46 acres.

There are three different levels, or tiers, of licenses that businesses can apply for. The most land one business could plant, by holding three Tier 3 producer licenses, would be about 2 acres. Depending on what is requested, licensees may only get a percentage of what they asked for, Carpenter said. And if they do not put in 50 percent of their plant canopy in the first year, their licensed amount can be reduced.

Profitable pests: When Alan Schreiber of Ag Development Group looks at pot, he sees a potential market for his pest control research. That's why the Franklin County farmer has applied for a license to grow pot, even though he voted against I-502 and doesn't particularly support the initiative's goals, he said. But as a businessman, he helps growers who have unmet pest control needs, he said. And he believes there is a moral and ethical imperative that growers have access to safe and legal ways to control pest problems.

It's unfathomable to have an agricultural commodity that could become akin to apples, the state's most valuable crop, with no research and extension support, Schreiber said. Schreiber, who specializes in researching crops, such as asparagus, blueberries and raspberries, foresees problems with pest control, especially since marijuana is related to hops, one of the state's crops with the worst pest control problems.

The Department of Agriculture has come up with a list of pesticides that could be used for marijuana, Briscoe said. But the department would not know whether the products are the best ones to use. Neither the U.S. Department of Agriculture nor Washington State University intend to do any research on marijuana. WSU officials said they will not participate in research related to cannabis or cannabis products because it is still illegal under federal law and would place WSU's federal grants in jeopardy.

Schreiber said he won't be selling any cannabis. The plants are worthless once he's finished with his research. Security remains an issue that concerns him. There are requirements for fences, cameras, plant tagging, record keeping, he said. People will have to try to make the law that voters approved work the best they can, Schreiber said. "This is a brave new experiment," Schreiber said. "I don't think we've had all the answers. Certainly it's not been thought through to its full extent." 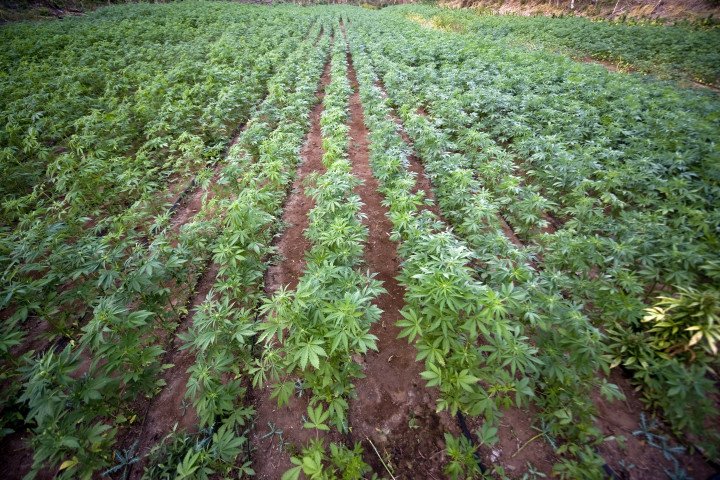