Columbia River Cannabis in Douglas County was finally close to getting a marijuana producer license after nine months. That is, until a 15,000-acre wildfire encroached on its farm July 10 and burned its 5-week-old medical marijuana plants that were eventually to be used to start growing in the recreational market. The farm planned to make its first shipments to retailers by September. "We got singed real bad," said Harold Jarboe, Columbia River Cannabis' marketing director.

Throughout Central Washington this month, marijuana producers have struggled to keep their budding businesses afloat. Amid record-setting wildfires, they worked to grow and water crops, or deliver products at a time when demand is high in a statewide marijuana shortage. Jarboe wouldn't disclose how many plants burned at Columbia River Cannabis but said it was a significant setback for his business, which seeks to have up to 21,000 square feet for marijuana production. A week later, employees there evacuated for two days as the much larger Carlton Complex wildfire crept along the Columbia River. The ashy air posed a threat to the farm's open-air crops. "It's part of farming," Jarboe said. "If it's not that, it's hail. It's a drought." Farther north, Aaron Dunlap, owner of Cascade Growers in Twisp in the Methow Valley stayed up until 4 a.m. on Friday keeping the fire from his farm.

Despite evacuation orders, Dunlap and six volunteers stayed to hose down small flames that fringed the farm. They used a tractor to dig a fire line. Anything to protect the farm, which just received its state license three days before. "There was a 48-hour period where we didn't get a whole lot of sleep," Dunlap said. "Our farm survived, but it's because we stayed and the local residents who helped us keep the farm from burning down." Besides quenching fires, Dunlap faces a bigger problem: He has only 15 days from when he received his producer's license to bring in plants from other locations to start growing.

Although he received his first of several hundred plants Sunday, he's asking the state for an extension. The state Liquor Control Board, which regulates recreational marijuana, will deal with license applicants who were affected by the fires on a case-by-case basis, said spokesman Mikhail Carpenter. He would not disclose how many applicants have been affected by the fires. No licensees have reported losing product or plants to fire, Carpenter added.

While other producers' farms were safe from wildfires, some businesses suffered financially from evacuations and road closures.Aside from about 200 plants that wilted from the heat and lack of sunshine, Blewett Pass Farms in Chelan County struggled to get deliveries to retailers because of road closures. To make the trip to 20/20 Solutions in Bellingham, normally a three-hour drive from Peshastin, the farm's driver had to take a five-hour detour. "There was a lot of ingenuity in GPS and Mapquesting that made that possible, but it was just a nightmare," said manager Nicole Sobottke.

When Blewett Pass Farms couldn't make it to 4US Retail in Okanogan last week with parts of Interstate 90 and Highway 20 closed, 4US owner Teresa Tindoll already had another producer lined up and enough product to last until the roads opened again. Business remained steady at the Okanogan retailer despite downed phone lines and ATMs as well as the closure of Highway 20.

About a dozen customers trickled in every day throughout the weekend. Told to get ready to evacuate on Saturday, Tindoll and her son packed up cash registers, servers and security digital video recorders, all while watching neighbors scramble to save livestock from the fires. By Sunday, Tindoll was exhausted. She closed 4US for the day. 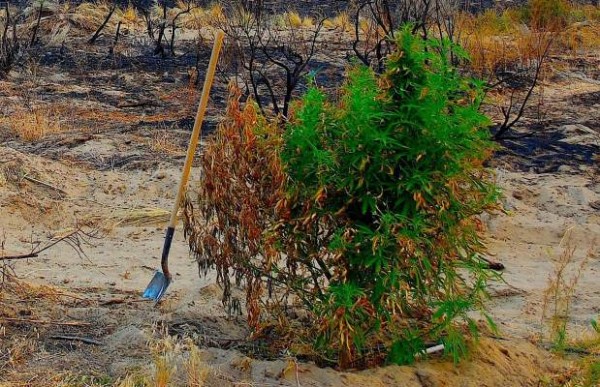 "Nobody Has Insurance": California Wildfires Burning Up Marijuana Farms