Dawn Darington would like to see her thriving medical marijuana dispensary business shuttered. "Please put me out of business," Darington, sporting a black shirt with "marijuana is safer than alcohol" emblazoned on it, told Sen. Ann Rivers, R-La Center, on Friday afternoon. Rivers plans to do just that. "There are legitimate uses of medical marijuana," Rivers said. "I want to make sure only true patients are using it, that it's the highest quality, and that it stays out of the hands of children."

This won't be the first time Rivers introduces a bill to rein in what she's deemed the "Wild West" of the state's medical marijuana system, but this time she believes she has the support and the political landscape for it to pass. Darington is one of the medical marijuana advocates Rivers has consulted while crafting the latest version of the measure. "For every good business, there are 1,000 bad ones," Darington said. It's time to scrap and rebuild the system, she said.

The language of Rivers' proposed legislation has yet to be finalized, but the key components would charge the Department of Health with overseeing and creating standards deeming whether a type of cannabis could be considered medical grade. The state's liquor control board would be charged with licensing and enforcement. A portion of the revenue from sales would go to local cities and counties for law enforcement and public safety, and no excise tax would be added. Convicted felons would not be able to operate or benefit from dispensaries. And perhaps, most controversially, there would be a registry of medical marijuana patients.

Previously, advocates decried a registry, worrying it could hurt patients and make them possible targets of the federal government. Tom Lauerman, a local licensed medical and recreational marijuana grower, said "it's totally an invasion of privacy." He said he doesn't see the need for a registry, particularly because the product is now legal. "It should be a private thing," Lauerman said. Tracking use would ultimately drive up costs for the many low-income patients who depend on the product, he said.

Rivers said a registry would be crucial to regulate the system, which right now operates in a legal gray zone. Medical marijuana was approved in 1998, and qualified patients are allowed under state law to grow medical marijuana or designate someone to grow on their behalf. But no state agency oversees the program, and it's completely unregulated.

Rivers told Darington and Tammy Ramsey, another advocate and medical marijuana grower, of a visit she recently made to a dispensary. The man reaching into the jar for cannabis had long nails and thick grime under them. "Now someone medically compromised has been exposed to who knows what," she said. Darington and Ramsey said they envision a day when clinics have different medical-grade strains of cannabis targeting different illnesses. Those suffering from cancer and those battling epilepsy shouldn't be using the same strain of marijuana, the advocates maintained, and they hope someday research verifies the plant can heal and not just alleviate pain. Rivers said she's hoping her legislation paves the way for that, too. 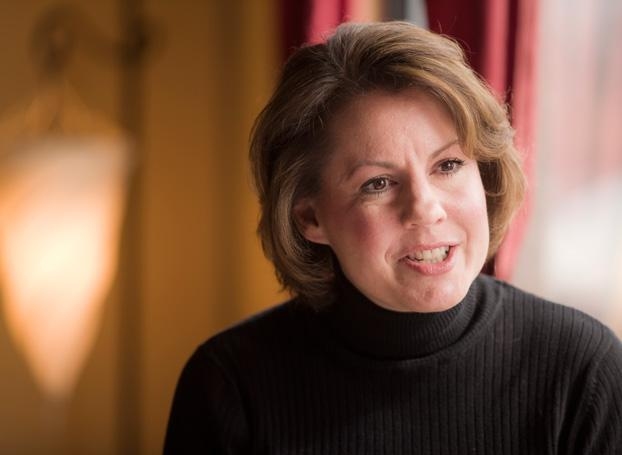 Sep 6, 2014
The General
T
T
Sen. Rivers Not Giving Up On Plan To Regulate Medical Marijuana