Washington Voters To Weigh In On State Pot Taxes

After voters legalized marijuana use in a 2012 ballot initiative, state lawmakers declared the industry was non-agricultural, meaning that pot farmers don't get the same tax breaks as those who grow things like corn or wheat. That effectively passes the taxes on to pot-smokers, anti-tax activists say. Advisory Note 8 on the ballot will ask: "The legislature eliminated, without a vote of the people, agricultural excise tax preferences for various aspects of the marijuana industry, costing an estimated $24,903,000 in the first ten years, for government spending." Voters can then check off whether they want the change repealed or maintained.

"Advisory Question 8 will be an interesting issue to watch as Washington state voters have had a long streak of opposing tax increases," Americans for Tax Reform analyst Will Upton said. Legalizing marijuana so that it could be taxed and become a source of government revenue was a common argument used by pot activists in the decades before the movement gathered serious momentum. Washington State lawmakers justified declaring marijuana non-agricultural on the argument that the tax breaks were meant to help traditional farmers compete with subsidized ones in other states.

Since adjacent states do not have legal marijuana, there was no need to extend the exemption to it, the lawmakers argued. Advocates for pot growers said they needed the tax breaks because they faced competition from black markets. The lack of inter-state competition may not last long, either. Legalizing pot is on the Oregon ballot this year. 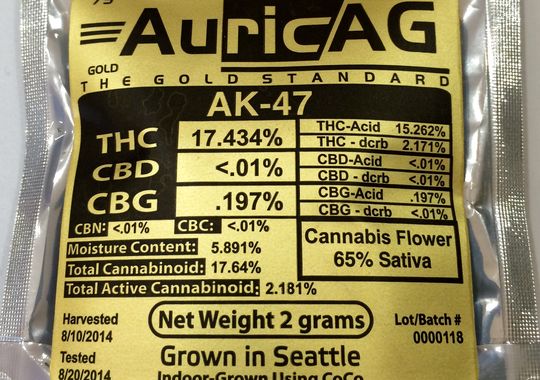 T
Marijuana Taxes On The Ballot This November