One of the first legal hemp crops in the state under a new federal law was to be harvested Thursday morning at the University of Kentucky's Spindletop Research Farm, but the weather did not cooperate. The harvest was postponed until Sept. 23 because of wet conditions, UK spokeswoman Laura Skillman said. UK is working with the state Agriculture Department to grow hemp under a program established by the federal Farm Bill. Otherwise cultivating hemp is illegal.

After initial concern that government delays releasing the seed would limit growers' ability to harvest a good crop, seeds were obtained and planted around Memorial Day. The 2013 General Assembly enacted a law sought by Agriculture Commissioner James Comer and U.S. Sen. Rand Paul, R-Ky., to make the state among the first to grow industrial hemp if federal law – which treated hemp like its more potent cousin, marijuana – ever allowed it. A provision in this year's Farm Bill allowed states that had set up hemp programs to conduct pilot programs through their agriculture departments and universities. 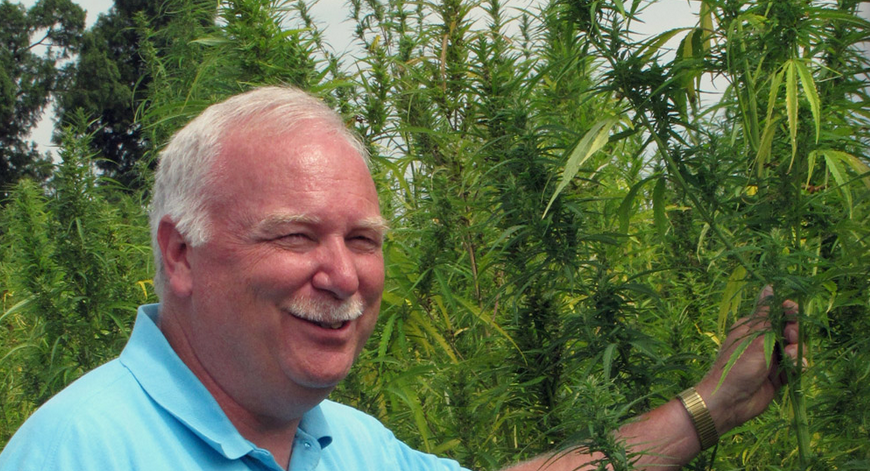