Some county prosecutors in West Michigan welcome the court's interaction, hoping for clarification on a 2008 law many consider ambiguous.

"There are certainly a lot of gray areas in the law," said Montcalm County Prosecutor Andrea Krause. "I hope they give us some clear direction."

The two cases the Supreme Court agreed this week to hear:

-- A case from Shiawassee County, where a man had a medical marijuana card but was charged with drug crimes when police found pot growing outside in a dog kennel.

-- A case from Oakland County, where the issues include whether someone using marijuana must have consulted a doctor after the law was passed, not before.

In both, drug charges were dismissed by trial judges but restored by the Michigan Court of Appeals. The Supreme Court agreed to hear appeals in brief orders released Thursday.

The dog-kennel case is similar, in some respects, to a case in Montcalm County involving a Vestaburg disabled couple who prosecutors say were growing medical marijuana in an outdoor kennel covered with plastic, not an indoor, locked facility as required under the law. The criminal case was settled when David Rempp, the property owner, pleaded guilty to resisting and obstructing police in exchange for dropping marijuana manufacturing charges stemming from a July 2009 raid.

But the Rempps filed a lawsuit to recover the value of 46 plants seized by police.

Krause hopes the courts can eventually give clear direction on the legality of so-called medical marijuana dispensaries, places that provide the drug for qualified customers.

"We have had quite a few (dispensaries) pop up lately in Montcalm County,"' she said.

Supreme Court justices said they would welcome any input from the attorney general and associations representing Michigan defense lawyers and prosecutors, as well as attorneys in the two cases.

In Michigan, marijuana can be used to alleviate the symptoms of certain illnesses if someone sees a doctor and gets a state-issued card. People can possess up to 2 1/2 ounces of ready-to-use marijuana and have up to 12 plants kept in a locked area. A registered caregiver also can grow the drug for them.

The law approved by voters nearly three years ago has caused much confusion. Some judges won't follow it, citing federal bans on possessing drugs. It's unclear whether the Supreme Court will address that issue.

Members of the State Bar of Michigan's criminal law section are recommending that Michigan follow Colorado and allow commercial sales of medical marijuana with strict oversight.

Kent County sheriff's Sgt. Rick Coxon with the Kent Area Narcotics Enforcement Team estimated about half of the team's investigations have some connection to medical marijuana.

Coxon said he's not sure any laws need clarification, but too many people are not following the letter of the law.

"We are finding a lot of people that might think they are operating in the confines of the law, but instead of 12 plants they'll have 30 plants," he said.

Also, some medical marijuana growers are providing pot to people without cards.

"The problem is we are seeing more and more people cutting corners," Coxon said.

He said police are steering clear from pursuing charges against "close call" cases where somone might be growing a couple extra plants, but going after flagrant violations.

Coxon advocates for some type of database to let police know who is growing medical marijuana, but privacy laws prohibit it. Now, police are obliged to check out complaints about possible illegal growing operations, but might not have to if a database existed. 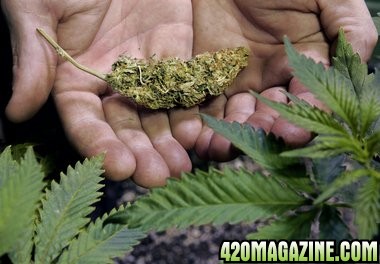