Momentum is growing in the House of Delegates in a three-year crusade by one legislator to legalize the medical use of marijuana for patients trapped in chronic pain, says the man behind the push.

Two years ago, when Delegate Mike Manypenny, D-Taylor, first offered such a bill, he stood alone.

Last year, same story. Only his name appeared on the green-colored House measure.

In Tuesday's floor session, the "new and improved bill," as he is wont to call it, arrived on the House list, this time with 10 sponsors – eight Democrats, and in a new twist, two conservative Republicans – Ray Canterbury of Greenbrier County and Larry Kump of Berkeley County.

"I'm very pleased at the amount of support I've been getting in the House on this updated version," he said.

"Overall, everybody I've talked to has been very supportive. Some said they didn't want to be on the bill, but if it came up for a vote, they would support it on the floor, or in committee."

Therein lie the keys – the Health and Human Resources and Judiciary committees.

Health Chairman Don Perdue, D-Wayne, has reservations, given his long opposition to smoking tobacco since it is a proven cause of lung cancer, and you won't hear any argument out of Manypenny.

Perdue suggested a pill form of marijuana, Manypenny said, but the delegate says he isn't comfortable with this tack, since it would kill one purpose – the freedom to grow a small amount of marijuana or to purchase the raw herb from "a compassion center."

Limiting marijuana to a pill form would leave it solely in the hands of the pharmaceutical industry, Manypenny said.

What's more, the delegate quoted an oncologist as saying the pill isn't acceptable to cancer patients since they cannot keep them down.

"The best way to apply it is through smoking or vaporization," Manypenny said.

"Vaporization heats up the active ingredients in the herb itself to where it liberates it from the organic matter and doesn't combust the carbon and doesn't create smoke."

Manypenny's bill died last year in the judiciary panel, but the delegate said Chairman Tim Miley, D-Harrison, assured him he hasn't ruled the bill out, with just over three weeks left in the session.

Manypenny feels he has gained some steam in the House now that the 2012 election is history, played out in West Virginia, "in a rather conservative, Bible Belt community."

In every state that has legalized medical marijuana, he said, a "dramatic decrease" in pill abuse has followed.

"With taxes collected going to substance abuse treatment and drug prevention in schools, I think we can do a three-fold attack on fighting substance abuse in West Virginia and get a handle on it," he said.

Manypenny acknowledges that some people could take advantage of the privilege to either purchase marijuana or raise a small crop on their own, not to kill pain but to get high.

"I'm not going to say that there isn't anybody who's going to turn into a pothead," he said.

"There are going to be people abusing any medicine out there. I think everybody understands that. This is a much safer way to go, where people aren't going to be overdosing and dying through accidental or intentional means. I think most overdoses are accidental because they don't realize where their limitations are with opioids. Opioids shut down your nervous system, you stop breathing and you're dead."

"This is a much safer alternative," he said of applying marijuana to stifle pain.

"We could move West Virginia forward. I'd like to be 19th for a change, instead of 50th." 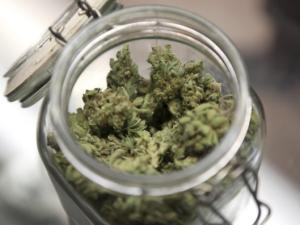