Medical marijuana patients in West Virginia cannot depend on legally using marijuana for relief, at least for another year.

As 18 states have passed laws legalizing medical marijuana for medicinal use, the House of Delegates in West Virginia this week disallowed a floor vote on a controversial bill presented by Delegate Mike Manypenny, D-Taylor.

The legislation appears destined for a year-long study in interims sessions, but even this is a sign of progress for Manypenny.

"In many states, that's how the process has gone, because it's been a controversial issue," Manypenny said Tuesday. "It's a good way to educate the rest of the legislators about the benefits that this could have on the citizens of the state."

Around 20 people spoke in favor of the bill before Health and Human Resources Chairman Don Perdue, D-Wayne, and no one opposed it. Manypenny said the Washington-based Marijuana Policy Project, founded in 1995, was impressed by the speakers at last week's hearing. "They said they had never seen anything like this where you just have supporters come out and there is no opposition," the delegate said.

Manypenny proposed the legal use of marijuana for medical purposes only and guidelines that would strictly monitor how the medicine gets dispensed.

In the last two sessions, Manypenny's bill failed to reach first base in House committees, and he was the lone sponsor. This time, several delegates joined him as co-sponsors, including two conservative Republican lawmakers. Although the bill will not go through this year, Manypenny still says that this year is progress, and is hopeful that 2014 will be the year for legalization in West Virginia. 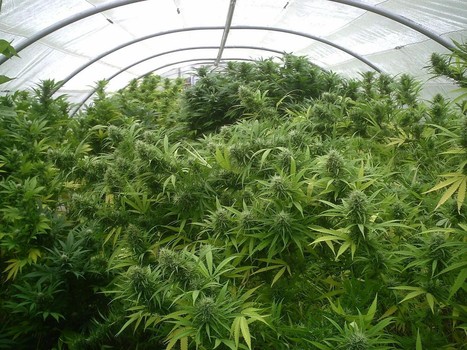