What Attorney General Sessions Will Do About Cannabis Is Still Unclear

On the campaign trail, Donald Trump said his administration would "do" medical marijuana and let the states decide about legalization for themselves. Then, on the heels of passing eight state marijuana reform initiatives in 2016, his choice for Attorney General rattled reformers.

Every Republican senator voted for Sessions as AG on February 8, while every Democrat but one voted no. Based on that narrow party-line vote, Sessions now sets the tone and priorities for federal law enforcement for the coming years. Among other tasks, the new Attorney General will oversee the DEA and federal prosecution of the Drug War.

The vote came only days after a petulant President Donald Trump fired the acting Attorney General for questioning the Constitutionality of an Executive Order penned by his top advisor Steve Bannon, who is not an attorney, and verbally denounced a federal judge. A U.S. Court of Appeals panel since unanimously ruled against the legality of his entry ban on people of certain nationalities who have a legal right to enter the USA.

Sessions has over a very long career consistently taken hardline positions in favor of mass incarceration instead of emphasizing treatment and recovery.

As Attorney General of Alabama, he supported legislation that would have given mandatory death sentences to repeat drug sellers, including people who sold marijuana. During his tenure in Congress, Sessions criticized state-level reforms, stating: "[M]arijuana is not the kind of thing that ought to be legalized. ... t's in fact a very real danger." He also opined, "Good people don't smoke marijuana," and at one point endorsed legislation to execute marijuana traffickers.

In his inaugural address, Trump demagogued against "the crime and the gangs and the drugs that have stolen too many lives and robbed our country of so much unrealized potential." During a January appearance on Fox News Channel, Trump spokesman Sean Spicer signaled that, as AG, Sen. Jeff Sessions (R-AL) would adhere to Trump's position that states should be able to set their own marijuana policies. "When you come into a Trump administration, it's the Trump agenda you're implementing and not your own," he said. "I think Senator Sessions is well aware of that."

Many reformers are skeptical of Sessions

"Jeff Sessions and President Trump are stuck in the 1980s when it comes to drug policy, while most of the country knows by now that we need alternatives to the failed drug war," said Bill Piper, senior director of national affairs for the Drug Policy Alliance. "If the Administration tries to roll back marijuana reform or to undermine criminal justice reform they will find themselves even less popular than they are now." DPA members and activists sent over 90,000 messages to the Senate and made thousands of phone calls in opposition to Sessions.

The cannabis legalization group NORML's Political Director Justin Strekal said, "Sessions' views are out of step with mainstream America and they are in conflict with the laws regarding marijuana in over half of the states in this country." NORML's online alerts generated over 26,000 communications from constituents to their Senators opposing Sen. Sessions' nomination, as well as several thousand phone calls. Several members of Congress cited the senator's opposition to marijuana policy reform as an impetus for rejecting his appointment.

Sessions was asked about marijuana policy on multiple occasions during the confirmation process. During his oral testimony, he conspicuously refrained from committing to enforce federal marijuana prohibition laws in states that are regulating marijuana for medical and adult use, noting the scarcity of resources available. In his written testimony, he said he "echo[es]" the comments made by former Attorney General Loretta Lynch, when she was asked about marijuana enforcement during her confirmation hearing.

Meanwhile, the nation's largest marijuana policy organization hopes he will refrain from using federal resources to interfere in state laws regulating marijuana for medical and adult use

"We remain cautiously optimistic that the Trump administration will refrain from interfering in state marijuana laws. When asked about his plans for marijuana enforcement, Attorney General Sessions said he 'echo[es]' the position taken by Loretta Lynch during her confirmation hearings," said Marijuana Policy Project Director of Federal Policies Robert Capecchi. "He repeatedly acknowledged the scarcity of enforcement resources, and he said he would ensure they are used as effectively as possible to stop illicit drugs from being trafficked into the country."

"President Trump has consistently said that states should be able to determine their own marijuana laws," added Capecchi, "and his spokesperson made it clear that the attorney general will be implementing the Trump agenda. We are hopeful that Mr. Sessions will follow the president's lead and respect states' rights on marijuana policy.

"A strong and growing majority of Americans think marijuana should be made legal, and an even stronger majority think the federal government should respect state marijuana laws. Eight states have adopted laws that regulate and tax marijuana for adult use, and 28 states now have laws that regulate marijuana for medical use. It would be shocking if the Trump administration attempted to steamroll the citizens and governments in these states to enforce an increasingly unpopular federal policy." 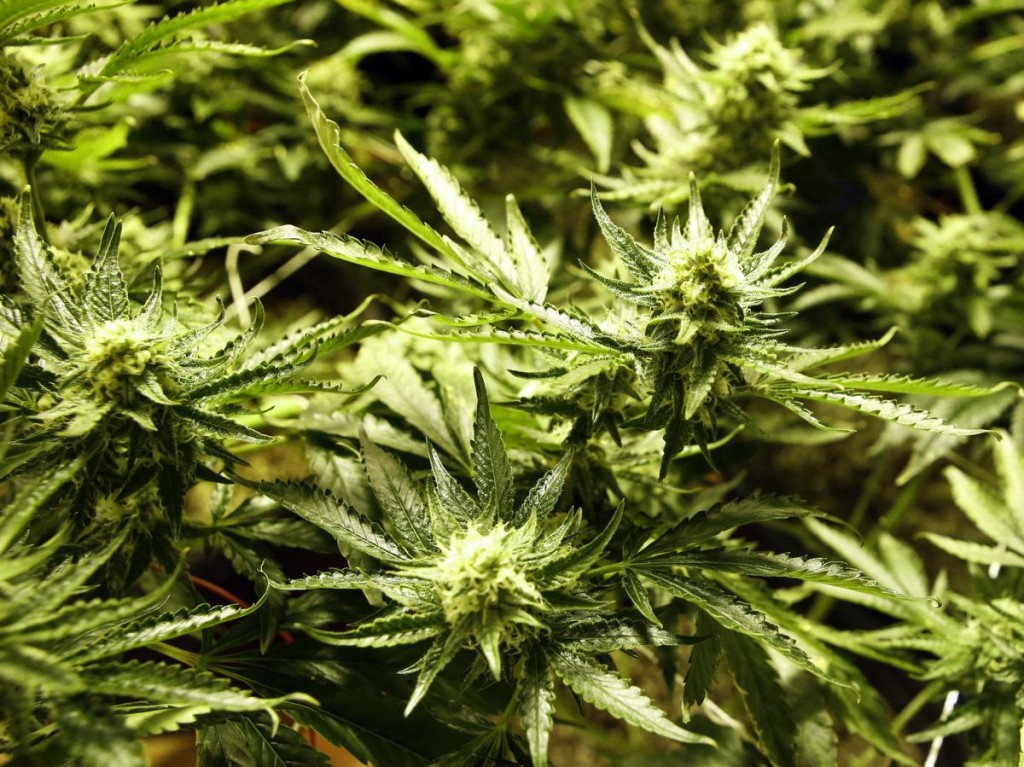 There's two LEAPs? The one I knew of was law enforcement against prohibition.
G

As I read this, I started thinking about something. The federal government has no constitutional right to impose anti cannabis laws. So that means the feds can't enforce it's cannabis laws in states unless they allow it. The states that ratified cannabis prohibition can get out of it simply because they were duped with the lies they were told. This renders the contract void.

Am I making any sense or am I stoned off my rocker?

Grow Journal of the Month: April 2018

You are absolutely right. The Constitution had the power to ban one substance-Alcohol via the Eighteenth Amendment.
The Twenty-first Amendment ended prohibition.

Don't get too excited though, not being in the Constitution has not stopped them this last forty five years or so.
A Closet, A Light, and a Bucket of Dirt