What Could Legalized Marijuana Mean For Kentucky Business?

Could legalizing marijuana be a boon for Kentucky business?

State Sen. Perry Clark, a Democrat who represents central and western Jefferson County, thinks so. He's pre-filed a bill called the "Cannabis Freedom Act" (officially, BR 161), which seeks to legalize marijuana use and have the state regulate it the same way as alcohol.

Clark's bill would set up a framework to "regulate the cultivation, testing, processing, taxing, and sale of marijuana to persons aged twenty-one years and older," according to the pre-filing.

The bill will be up for consideration during the 2016 legislative session, which convened Tuesday.

Clark said in an interview that if the bill were it to pass, he expects the results to include decreased spending on criminal justice activities and gains for the state's economy akin to those in Colorado, where recreational use was legalized in 2012.

Legalized marijuana has "been a boon to Colorado, a boon to the economy, a boon to tourism," he said. Colorado's marijuana industry was worth about $700 million in 2014 and is expected to reach $1 billion by this year, according to The Washington Post, which analyzed tax data released by the Colorado Department of Revenue.

Retailers in Colorado saw $313 million in sales of marijuana for recreational use and $386 million in sales for medicinal use in 2014, according to The Washington Post. Between the two segments, the state received $63 million in tax revenue and $13 million for licenses and fees.

"It's a good business model, and mine is modeled after that," Clark said. (But it's worth noting that Colorado's pot entrepreneurs have faced challenges: banks were iffy about doing business with them, and they aren't eligible for some of the same tax deductions as other business owners, according to The Washington Post.)

Last year, American City Business Journals – Louisville Business First's parent company – posted several reports about the business opportunities surrounding marijuana. That includes stories on how to invest in the cannabis industry and about figuring out the varying state laws related to legalized marijuana, among others.

Clark's bill would establish a three-tiered licensing system for those cultivating, processing and retailing marijuana in Kentucky, meant to prevent monopolies and vertical integration, according to a news release. It also would set up a restricted fund from tax revenue on sales to fund public programs, such as schools and scholarships.

Clark has introduced similar legislation a few times, and he doesn't see the state giving the OK for recreational use this year. But he thinks it could get people talking about medicinal use.

And medicinal marijuana legislation was introduced by Kentucky House Speaker Greg Stumbo last year. But the issue didn't get much attention from organizations that could have generated support for the measure, as we previously reported.

Four states and Washington, D.C., currently allow recreational marijuana use, according to Governing.com. Medicinal marijuana use is legal in 23 states, to varying degrees. 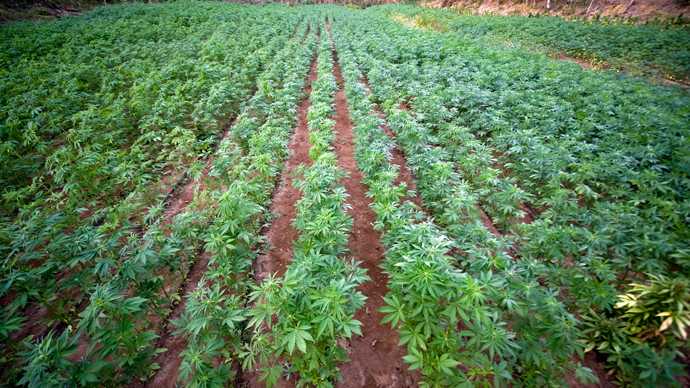