What kind of weed is this?

Im from the Netherlands, but chose to ask this question here because a lot of Dutch people especially if they are not from Amsterdam are cold at heart, boring from the middle of nowhere and give me stupid reactions like "who cares what kind of weed it is " blablabla yadayada. I always like to analyze things , and get to know what kind of weed i smoke since its was such an awesome experience with some kinds. Like if you hear a great song , you like to know the name right?

Since everything is bigger in America, im confident that the Americans will help me because they got a bigger brains.

Here is the story:
Ive went to a shop in Holland thats like 100 km of my hometown. Ive went there because thats one of the best shops in Holland and won a lot of cups. The name is "Vrolijke Gaper". Nice take a way shop.
They got this weed on the menu which is called "question". They call it this way because they dont wanna tell what kind it.

Now i dont got a bigger picture but since its a very small, mini weed if you compare it with others, ill give it a try. its also got this light soft pink stripes.

The effect is stoned, like youre very grounded and pulled back to earth. Its not an indica though because it doesnt got this strong, sharpy body effect like the indica's k2 etc.

The other effect that ive experienced is that it seemed like the time stopped. Everything was in slowmotion , the fast cars that are passing where like sound wise and feeling wise very far, and moved slow.
It was a mellow, drunk high. It felt honestly like a summer tropical day while its midnight. It almost also seemed like i was sweating and my hair was wet but in reality it wasnt.

Im not so good in smelling weed but the smell is almost like tea, like dried mint tea or like peppermint candy.
*edit
A lemon tea aroma.

This is the picture.

This is the picture , so you can see how small it is if you compare it with others. 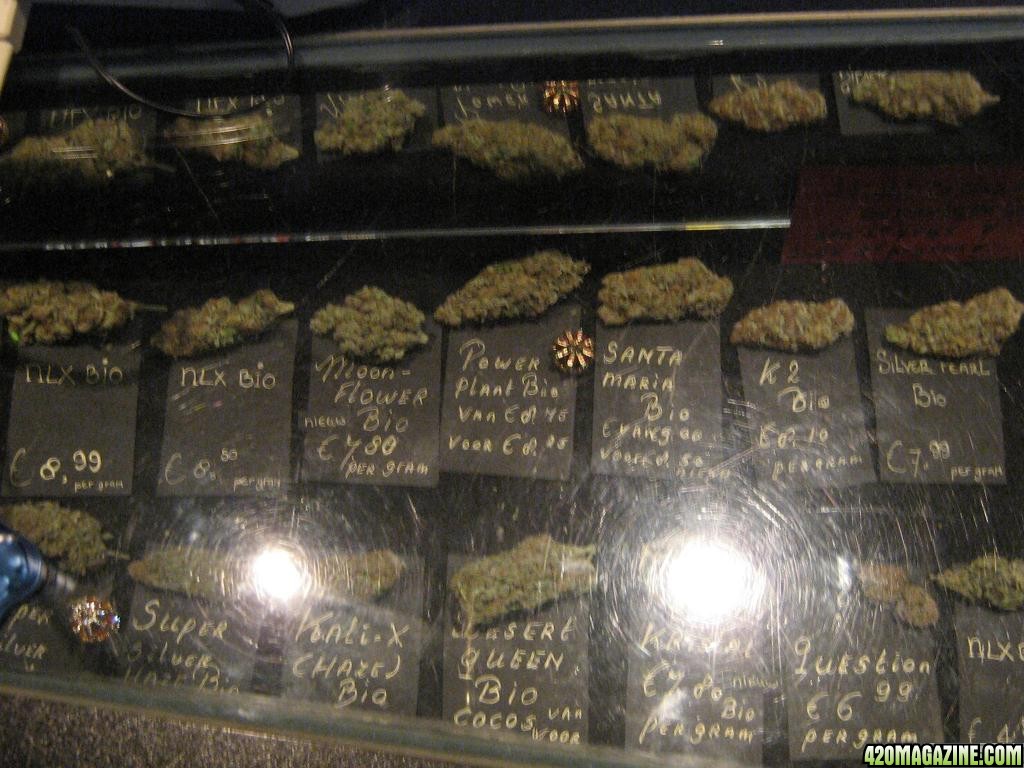 Sounds like something from the Strawberry cough family, but impossible to pin down exactly
A

PeytonManning said:
Sounds like something from the Strawberry cough family, but impossible to pin down exactly
Click to expand...


Ill keep it in mind and research thanx.

It has also a citrus aroma. Like lemon tea with dried mint or something. It taste very fresh and minty.

Other people in Holland thought it looked like some sort of haze, cream caramel , power plant, jamacain pearl. Some kind of sativa.
A

I did some research on seedfinder and it smells like NY city diesel. Search it up and it looks exact the same. Well at least in the picture.
It didnt find ny city diesel though when i searched for minty. But i did find it on tea and citrus smell.

Do you guys think it can be NY city diesel?

G
What kind of weed are they smoking.