New to forums, new to growing. Did a good amount of a research (I thought, apparently not). I have an in closet set-up using a metal halide lamp, approx 22 inches from top of plants. Enclosed with a makeshift aluminum barrier. Started all seed in paper towel till sprouted (about 7days). Put in a soil + compost mix (only 15% comp) small about 2in jiffy container. Kept outside during day (humidity in the 40s and temp high 90s) but kept in shady area and under MH lamp at night, ultimately giving them 24 hours. Watered with non carbonated mineral water. Plant is now 11 days old and the first two spear headed leaves have come out but the tow lover ones are shrivling up towards the stem and the ends are brown. I can see two tiny little leaves in the middle. There has been no change in height. Stunted. No longer putting plant outdoor, keeping it in under MH lamp 24 hours, temp reading is 84 degrees and humidity is at 45%.

I would lower your hours to 18 for now. A plant that young doesn't need intense light.

What container is it in now? At that age they should be in something 16 oz or bigger.

Have you been watering them too much?

If you're talking about those first little rounded leaves that form, it's normal for them to dry up.

Thanks, I changed the lighting and now the soil isn't drying out so fast which is leading me to not water it as much. But the tips of the leaves are now yellowing and turning a little brown.

I started them all in jiffy-strips 1.75" Sq. x 2" H, the one that was doing the best I moved to a jiffy-pot 3" Dia. x 3" H.
Both the little two on the bottom and the two big ones are all turning yellow and curling up. They were very green and firm but are now a paler green, and super thin.

Your soil is killing 'em, for some reason. Either it's been too wet for too long, or it has too much fertilizer in it. Seedlings shouldn't get fertilizer. They don't need it and don't want it. It'll just burn 'em up. My guess is that you started them in one of those potting soils that have "all the fertilizer they'll need". Of course, that doesn't explain why the one in the jiffy strip is suffering.

But the two big mistakes people make are over-watering and over-fertilizing - very typical - you're not alone. I just did both to a seedling.

First, I over-watered it (watered everything else and forgot that one was slow and was still wet) and then nute-burned it with soil that was too hot. It had timed-release nutes in it and when I watered it, the nutes activated and fried the poor thing. It had just recovered from the over-watering, dried out nicely and was doing well. It's alive, but just pitiful. I just haven't tossed it yet.

If you have more seeds, sprout 'em and give up on these. If you really want to try and save them, you can try to pull 'em from their soil and transplant them into a nice bland, DAMP soil. But a brand new seedling will probably catch up and pass them.

Thanks for all the help! I have been watering way less and there still seems no hope so I'm about to transplant them all into fresh soil. Thankfully I had a good amount of seeds to work with so I had some more going but there in the same soil mix so I'll be swapping those out too. Here are some pics of my sad little seedlings. At least some of the new ones are looking good. 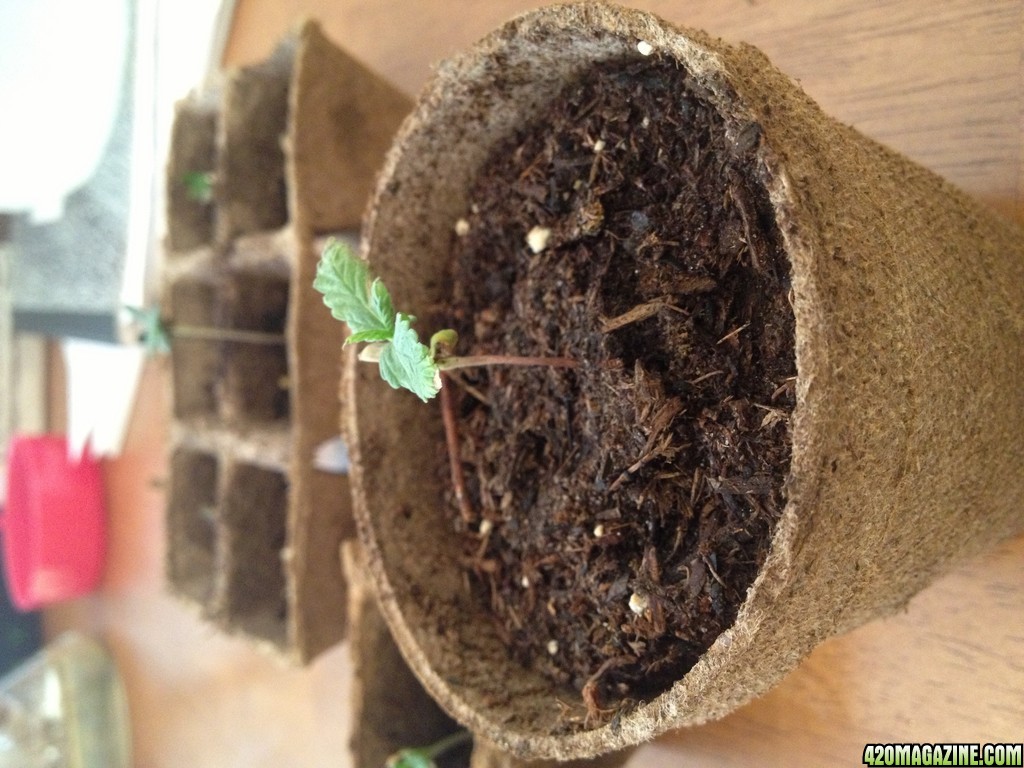 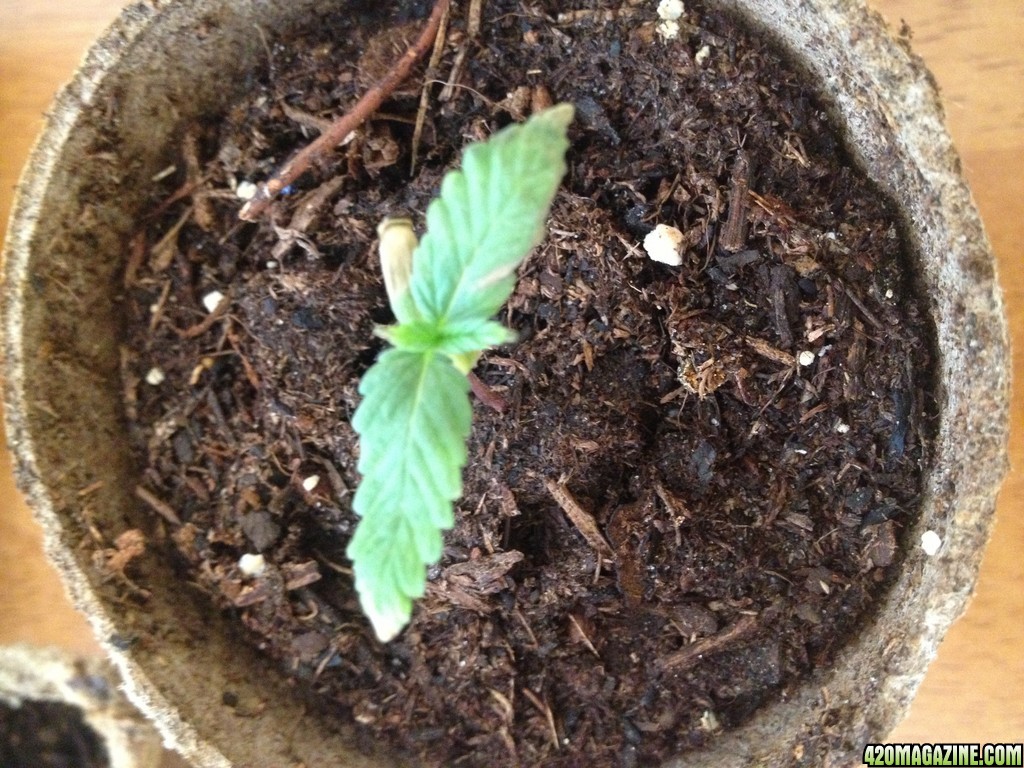 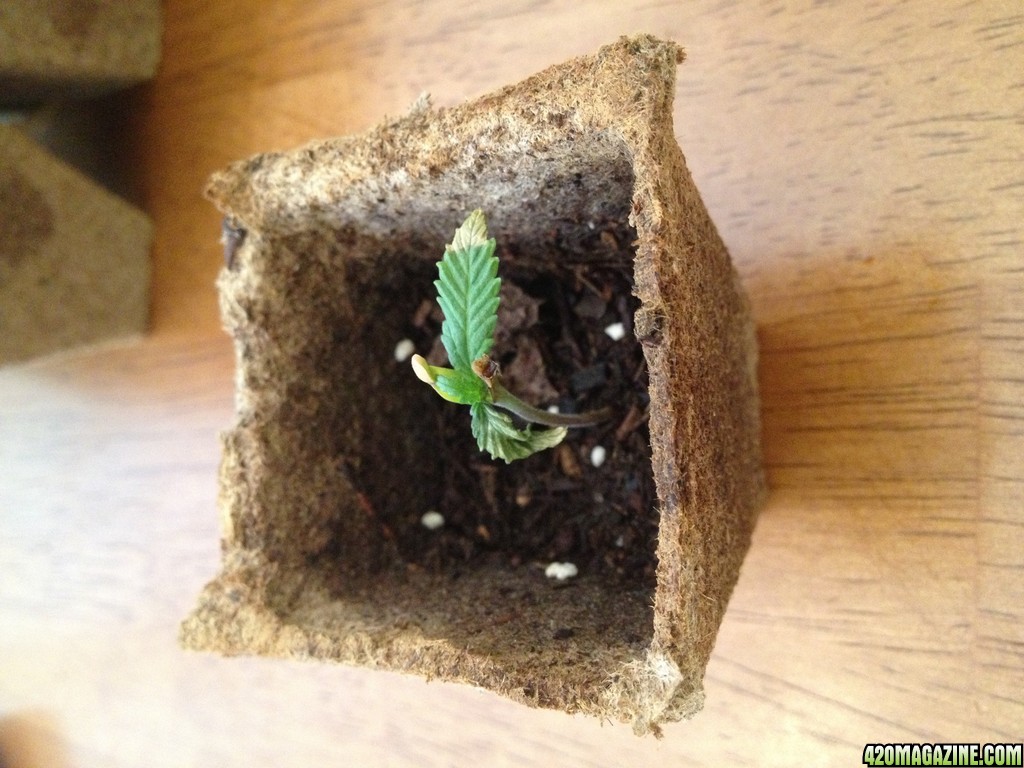 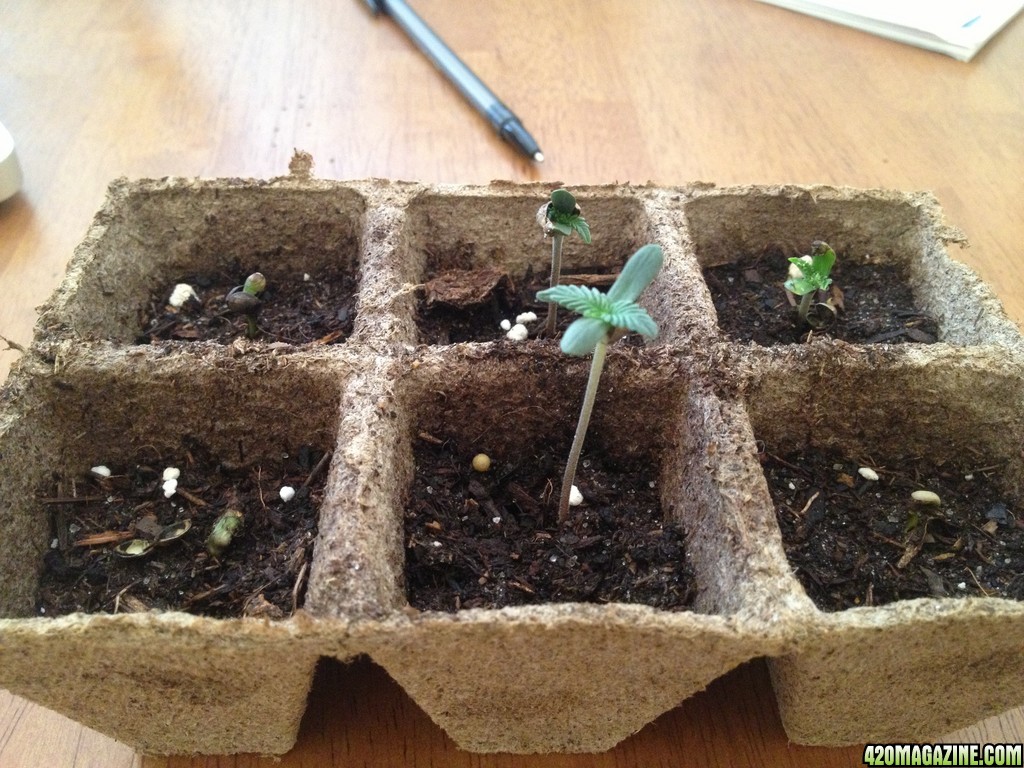 Those aren't bad. Get them into a decent soil and they'll do fine.

hey just wondering if you could check out my setup and let me know what you think! 100% new to growing ill take whatever help i can get

hers the link to the thread with my setup:

May 5, 2015
Sum1SumWhere
S
C
Newborn seedlings, how long can they make it without light. Help needed