For thousands of years the medical benefits of certain herbs, spices and other plants have been explored. Today, about 100 prescription medications (maybe more?) are derived from chemical substances found in certain plants, including therapies for certain neurological disorders, cancers, heart conditions, infections, lung problems, and many other illnesses, as well as to relieve certain symptoms.

There are over 50 chemical compounds in Cannabis sativa, the plant also known as marijuana. The specific effects of these depend on which cell receptors they bind to and the effect they have from this binding, as well as other potential biological actions.

The psychoactive effects from marijuana are thought to be mainly due to tetrahydrocannabinol (THC), which is a partial agonist (binding to and stimulating) of the cannabinoid receptor type 1 (CB1) in the brain and other parts of the central nervous system. One of the other compounds, CBD, antagonizes (blocks or inhibits) CB1, the cannabidiol receptor type 2 (CB2), as well as the G-protein coupled receptor 55 (GPR55), and it has effects on several other receptors in addition to other actions.

The antagonistic effect of CBD on the CB1 receptor is why, unlike THC, it does not seem to have psychoactive effects. However, since it is derived from marijuana (which is a Schedule 1 Drug, meaning that the Federal Government has determined that it has a high potential for abuse, that it presently has no accepted medical indications and that its safety profile has not yet been established so that no prescriptions can be written for it) its use is restricted, although the interpretation of the restriction to CBD oil has been debated. Therefore, the research into the possible medicinal effects of CBD have been limited to some extent.

However, the laws governing marijuana have recently been changing, based in part on research showing medical benefits from it, as well as questioning its abuse and complication profile. This has caused 17 states to enact laws loosening the restrictions on marijuana, in some states allowing its use for medical purposes and in some states even allowing its use for recreational purposes.

Despite the present restrictions on marijuana that have been in place, and that are still in place in many states, some research has been done to identify the potential medicinal uses of CBD. The diseases that have been studied (although in only small numbers and in small trials) include multiple sclerosis, a few psychiatric illnesses (including schizophrenia, bipolar mania, certain anxiety disorders), certain painful syndromes, Huntington's disease, epilepsy, amyotrophic lateral sclerosis (ALS, sometimes also called Lou Gehrig's disease) and several other conditions. The loosening of restrictions on marijuana (and hence CBD, if it is interpreted that these restrictions also apply to CBD) may open up the possibility for even more research to be done on the potential benefits of CBD.

The results of several of the small studies that have been done have had some positive results. In addition, the initial data appear to indicate that the side effects and complications from CBD appear to be small in the dosages thought to be needed for benefit. The National Institutes of Health (NIH), as well as many clinicians and academic institutions, have recognized the potential medicinal effects of CBD. Because of this there are several research trials being conducted to evaluate the potential medicinal benefits of CBD, and other research is being considered.

Despite this optimism, it should be emphasized that so far there are only early results from limited research (both in number and the size of the studies) on the benefits of CBD. Therefore, further research needs to be done to evaluate its safety and efficacy before conclusive recommendations can be made. 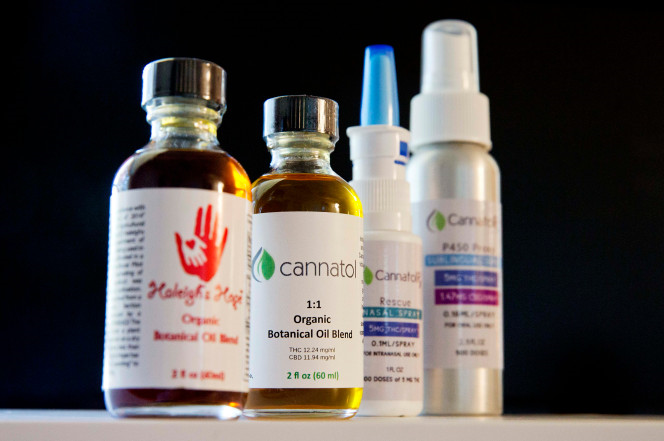 K
5 Things You Need To Know About CBD Marijuana