While Five States Vote To Legalize Cannabis, More Than 50 Oregon Cities Say No

One-quarter of the United States - and all the residents of the West Coast - could have access to recreational marijuana after Election Day, when five states will vote whether to join Oregon in legalizing cannabis.

Next week, voters in Arizona, California, Maine, Massachusetts and Nevada will decide whether to further undermine federal pot prohibitions, potentially more than tripling the number of Americans with access to retail cannabis. (Three states - Arkansas, Florida and North Dakota - are weighing whether to permit medical marijuana sales, something that's legal in 25 other states.)

Meanwhile, Oregonians also face pot-related questions on their ballots. A total of 111 counties and cities, from Astoria to Yachats, will decide whether to levy local pot taxes up to 3 percent on marijuana sales. That list also includes Portland.

Six Oregon counties and 54 cities, from Cannon Beach to West Linn, will consider whether to block marijuana sales in their jurisdictions.

Here's a look at how the market for recreational marijuana could grow from 18 million people to 75 million overnight.

Where recreational weed is already legal

Where recreational marijuana legalization is on the ballot 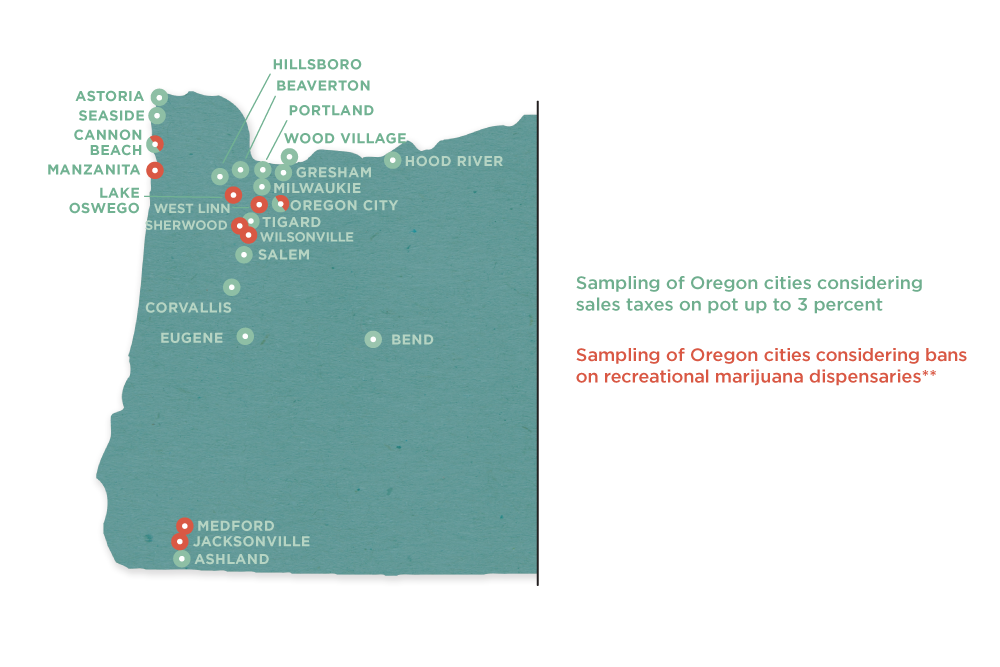