Who Can Control Marijuana? The Constitution Says It's The States

A growing number of states are defying the federal marijuana ban, not only by easing their own laws, but by actively cooperating with marijuana growing, processing, and use. Many contend that pot should be a state, rather than a federal, concern.

The U.S. Supreme Court has ruled otherwise. In Gonzales v. Raich (2005), the court held that under the Constitution, Congress may use its Commerce Power to ban even "window box" medical marijuana, whether permitted under state law or not.

In Gonzales, the court found that marijuana growing and use were economic activities. It then followed some 20th century cases that (contrary to earlier rulings) allowed Congress to use the Constitution's Necessary and Proper Clause to regulate economic activities with "substantial effects" on interstate commerce.

Was the court correct? Answering that question requires us to determine what the Constitution meant to those who adopted it. Even though the founders did not discuss marijuana specifically, a vast array of sources tells us their answer. The sources include debates from the Constitution's framing and ratification, and writings informing us how key constitutional phrases were used in legal documents.

All students of the Constitution know it splits authority between the states and the federal government. What many do not recognize is that it deliberately divides responsibility over some closely-connected activities. For example, the founders often observed that commerce and domestic manufacturing were tightly related. Nevertheless, their Constitution granted power over several forms of commerce to Congress, but left authority over manufacturing to the states. The founders divided authority this way because protecting liberty was a higher priority than regulatory coordination.

So the Supreme Court is wrong to conclude that because an activity "substantially affects" interstate commerce it follows that Congress may regulate it. Many activities, economic or not, substantially affect commerce without being constitutional targets for Congress.

When the Constitution was adopted, the phrase "regulate commerce" was well-understood. It referred to laws governing mercantile trade and certain associated matters, such as tariff barriers, commercial finance, navigation, and marine insurance. It did not include other aspects of the economy. In fact, many of the founders are on record as specifically assuring the public that Congress would have no jurisdiction over agriculture, manufacturing, land use, or (according to Chief Justice Marshall) "health laws of every description."

Growing marijuana is, of course, a species of agriculture. Processing is manufacturing. The ban on personal consumption is a health regulation. The Constitution places control over all those activities squarely within the state, not the federal, sphere.

So does Congress have any power over marijuana? Under a correct reading of the Constitution, the answer is, "Only some." The Commerce Clause allows Congress to restrict or ban the marijuana trade across national and state boundaries. Moreover, the Necessary and Proper Clause recognizes some additional authority.

The background and history of the Necessary and Proper Clause establish that the provision is not a grant of authority to Congress, but merely a rule of interpretation. The Clause does, however, acknowledge Congress's prerogative to pass certain laws "incidental" to regulating commerce. For example, if Congress prohibits interstate trade in marijuana, it might also require interstate shippers to disclose whether their cargoes included the substance–but only if disclosure is reasonably necessary to enforcing the congressional ban.

However, incidental powers do not extent to comprehensive regulation of areas, such as agriculture or manufacturing, reserved to the states.

In sum: Under the original Constitution as ratified by the American people, Congress may regulate, or even ban, marijuana from interstate and foreign commerce. It also may exercise some incidental authority. But it may not constitutionally regulate or prohibit in-state growing, processing, or use of marijuana. For better or worse, those are exclusive concerns of the citizens of the several states. 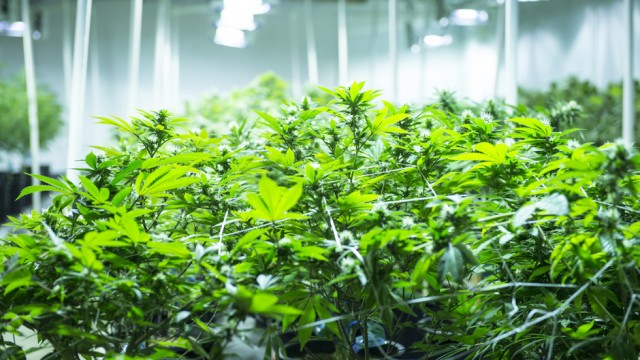