Why Are My Plants Not Growing?

I germinated four Crop King Super Silver Haze seeds in early December. I put them into rock-wool cubes and 2 inch mesh pots in an Aero Garden.
After two weeks they had good root growth so I transplanted them into Plastic tanks in a tent. The water is PH 6.0 and the TDS is 500 with 3 parts GH Grow 2 parts Micro And 1 part Bloom. The tent is in my utility room in my basement. The temp is around 75 degrees during the day and never below 65 degrees at night. The light is a Mars Hydro Epistar 160 and its about 3 feet above the plants. The light is on a 18/6 cycle. The roots are not growing and are turning brown. One of the plants was not doing anything after a week so I put it back in the Aero Garden and 2 weeks later it is doing well. I
just moved the 3 remaining plants back into the Aero Garden to see if I can save them. They are growing in tap water that does not have chlorine in it .It does have fluoride in it. I have been adding a small amount of H2O2 to the tanks every week as well. I have previously grown 2 crops in the same tent with great success.

The plant at the right front was put in the Aero Garden 2 weeks ago the other 3 I just moved a few minutes ago. 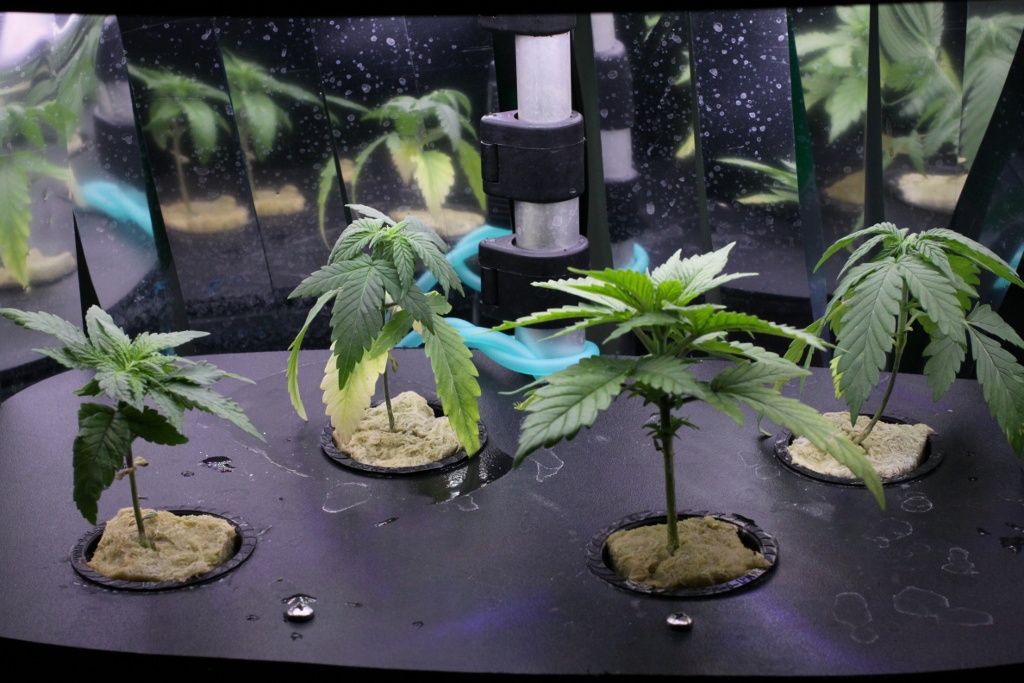 The plant at the right front had almost no roots coming out of the rockwool when I moved it 2 weeks ago. It took a while to recover but its starting to grow. 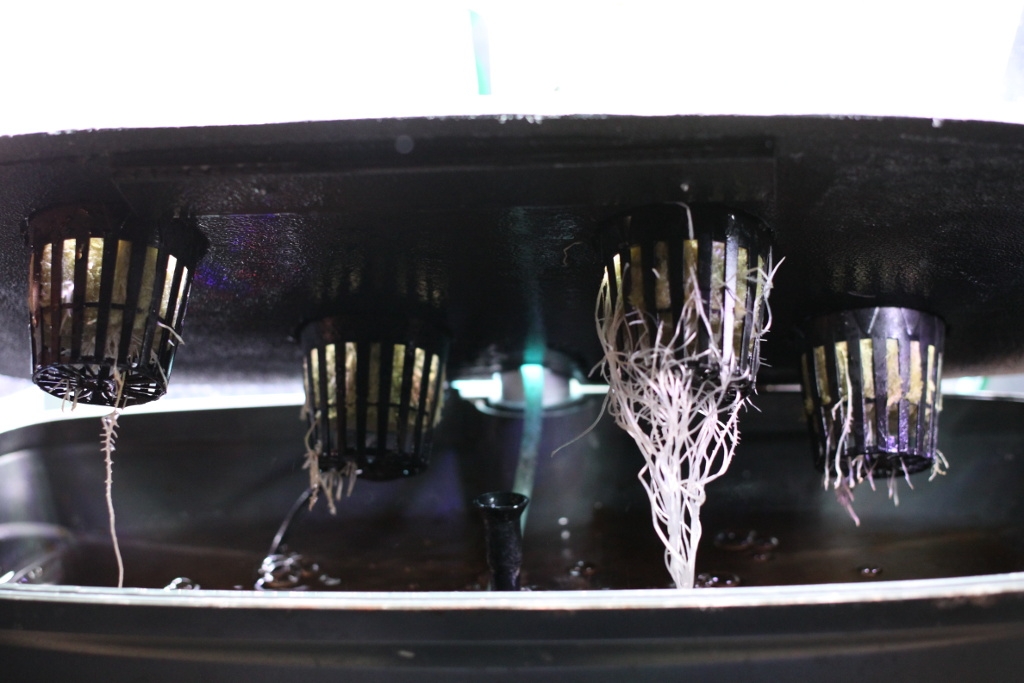 Any advice would be greatly appreciated.
Thanks!
Bipolar

Where is your water level at in reference to the net pot? Should be about 2" below the bottom of them

Any enzyme cleaners like hydroguard or z7? Kinda a must in hydro growing

Where did u get your nute amounts from? Find a schedule online and run them at 1/2 strength max till you can judge what the plants need
Still my 1st grow.. but getting BIG with too many plants

The water is an inch below the bottom of the pots. I have been watering the rock wool with water out of the reservoir.
The nutes are at half strength from what GH recommends. No enzyme cleaners I will have to order some.
Does the H2O2 not do the same as hydroguard or z7

... learning all about life, from a weed!
Patience above all else! - Rusty Trichome
If you go cheap you grow cheap! - Zandor
Just be smarter than the plant you're growing. - OldMac
Question everything, test what you can. - Wee'zard
There is no longer any rational excuse for ignorance. - Wee'zard
In veg, plants adapt. In flower, they react. - Emilya
There are always penalties for mistakes, either in quality, quantity or time. - Emilya
We can move 1000x faster than our plants but that doesn't mean we should! - Emilya

The Proper Way to Water a Potted Plant (in soil) - STICKY (100k+ views and Counting)
Jan 2020 GJOTM Emmies Berry-dlicious 2019 TLO no-aact cob supersoil seed run
Emmie's Links, Journals and Tutorials
Pineapple Chunk Mega Crop Test - Grow Journal
Think of nutes as supplements designed to put into hyperdrive an already thriving plant. New or struggling plants do not need nutes... they need TLC and proper nutrition, and they get that from a gardener who puts them in good soil, up-pots regularly and properly waters at the correct pH.
Sense Emilya​

H202 goes away after a few days, so no not the same at all

Watering the rock wool can drown the plants, that's what the bubbles are for below, don't water them from above

Do u have lots of bubbles in the tub.
Still my 1st grow.. but getting BIG with too many plants

There is a 4" air stone in the tub with a big pump so lots of bubbles.

I ordered a jug of Sensizym yesterday it should be here in a few days.

Did u drop yer lights down???
Still my 1st grow.. but getting BIG with too many plants

I took them out of the tent an put them in the Aero Garden, my nursery.
It has a 45 watt LED panel about 4" above them. As soon as they recover I will put them back in the tent.

I drained the reservoirs last night and cleaned them. The water was crystal clear and there was a white
sand like sediment on the bottom of the reservoir.. I'm using GH Micro Bloom and Grow. The TDS was 500.
The water should have been a light brown color. Did the nutrients drop out of the water and the seedlings
were starving?

I forgot to add that I am using CalMagic as well.

I am NO EXPERT on my first grow ( in signature ) but I used this feeding table ..I only added the amount recommended for the entire bucket ..like if it said 2.5 ml per Gallon. ..I ONLY added 2.5 mls TOTAL to my bucket to give approximately 1/4 nutes ..
Hope this helps..I do have great white, z7, superthrive etc. Hydroguard, hydro shield , and rapid start. Etc. Etc. And ALL were added to the soup at some point but I maintain weekly water changes and have pretty much tapered to GH ripening nutes only now ..I would do a flush with ph'd water ( 5.6-6.1) and restart on your week ..
Use TWO air stones per bucket
Good luck !