Colorado has reached new heights when it comes to the Marijuana industry. Last October, they have reached the $1 billion mark on all legal, weed-related sales.

Colorado was the first state in the US to legalize the recreational and medical use of Marijuana. Since 2012, residents have been enjoying the perks of legal weed, which spurned several weed-related businesses that contributed to the immense amount of sales for just the first ten months of this year.

Last 2015, the total amount of marijuana revenue in Colorado is roughly $996 million. Sales for this year until October has already surpassed this benchmark and industry experts foresee the whole revenue reaching about $1.3 billion until the end of this year.

Vicente Sederberg, a leading industry attorney said: "We think we'll see $1.3 billion in sales revenue this year. And so the economic impact of this industry - if we're using the same multiplier from the Marijuana Policy Group's recent report, which is totally reasonable - it suddenly eclipses a $3 billion economic impact for 2016."

Records show that over $82.8 million of weed was sold in terms of recreational use just this October, with over $35 million for medical use. Because of the whopping amount of sales this year, nearly $150 million in tax would be deducted and would be used for several community-related projects.

As required by Amendment 64, $40 million of excise tax will be used for the construction and renovation of public schools in the state. What remains will go to the treasury of the state's public school fund, and some will be allotted as well to Colorado's welfare problems in terms of healthcare, law enforcement and rehabilitation for substance abuse.

The future is promising to the cannabis industry, but some are wondering how Trump would treat the widespread legalization of pot in the US as president since until now Marijuana is still illegal on a federal level. Now, medical use of cannabis is already legal in 28 states. 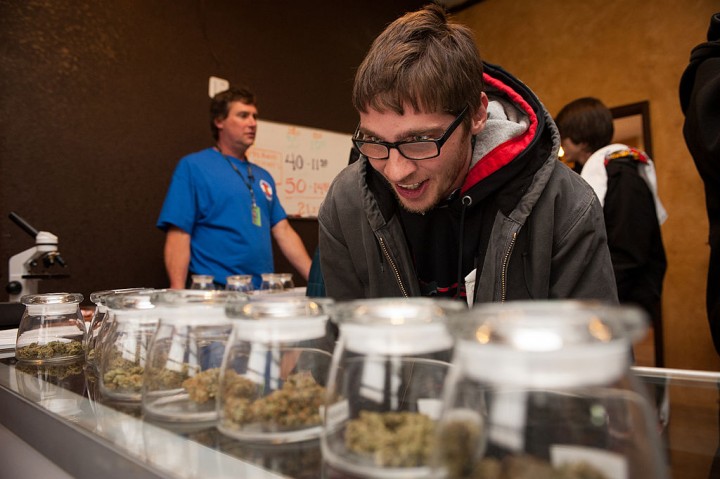