Why Does Cannabis Smell?

One of the most instantly identifiable characteristics of cannabis to both connoisseurs and amateurs, is its particularly strong and distinct aroma. For those enthusiastic users, this scent and the associated flavors are nuanced and most people have their particular favorites. The distinct scents and flavors are created by essential oils in cannabis called terpenes.

Along with other cannabinoids, cannabis used in retail sales is tested for terpene content. Terpene test results are broken down by each terpene as a percentage of the total terpene profile (i.e., a percentage out of 100%). There are hundreds of terpenes and countless combinations unique to each variety of cannabis.

While terpenes are responsible for the unique scent and flavor of each cannabis strain, this is not the only function of the compounds. Each combination carries a unique set of characteristics that work to unlock your body's cannabinoid receptors like a key. They work alongside cannabinoids to create the classic effects of cannabis on the body. Thus, different terpene combinations create different effects in the body and brain.

Among the longstanding community of cannabis enthusiasts, an urban legend has circulated alleging that eating a mango before smoking cannabis would enhance the effects of the cannabis. While this sounds like it must be a myth, current research suggest there is some truth to it.

Mangos contain a high percentage of the compound β-Myrcene, which "...has been shown to allow more absorption of cannabinoids by the brain, by changing the permeability of cell membranes. Eating a fresh mango 45 minutes before smoking could increase the effects," Steep Hill Lab stated in a recent reference guide for cannabinoids, terpenes, and other chemical compounds.

While the relaxation of the blood-brain barrier created by myrcene can also increase the uptake of other chemical compounds, it has a dual effect of increasing the maximum saturation potential for THC. Thus, the presence of myrcene makes the effects of cannabis consumption more pronounced. In more simple terms, myrcene is an example of a terpene — also found in lemongrass, hops, thyme, citrus, and of course, mango — that works with the THC in cannabis to create a distinct psychoactive effect.

Additionally, terpenes may have benefits of their own in addition to the ones they facilitate in cannabinoids. Pinene is a bronchodilator, which helps open respiratory pathways in the lungs and is great for those with asthma or chronic lung problems. Like many terpenes, pinene is an anti-inflammatory so it may help with most aches and pains as well. It also promotes awareness and memory retention. Caryophyllene is very effective for pain relief and as an anti-inflammatory agent. Myrcene, according to many sources, has been used to treat hypertension, diabetes, diarrhea and dysentery.

As the myrcene example illustrates, terpenes are found in many other plants in addition to cannabis. And while the presence of terpenes in cannabis is not unique, the effects in many cases are unique due to the interactions between terpenes and cannabinoids. Not only do terpenes -- such as pinene with a pine aroma, citrus-like limonene, caryophyllene which is peppery, or linalool which is floral -- add to flavor profiles for cannabis connoisseurs, but they may offer additional benefits by mediating or assisting the body's reaction to therapeutic cannabinoids. Thus, testing terpene levels in cannabis assists consumers in understanding the effects of each cannabis strain. 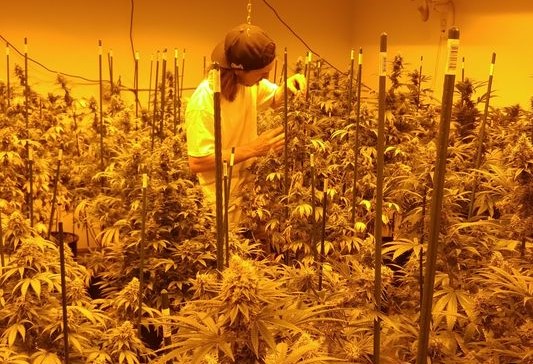