It's not what you expect to hear a protective mum say about her responsible young son.

But I was. So was his dad, who has served in the NSW police for 35 years.

Those suffering from chronic or terminal illnesses who use cannabis aren't your usual criminals. They're desperate. Other treatments have failed in easing their agonising pain like medicinal marijuana does. But the law sees them as no better than a dealer or thief.

In February, I lost my son Dan, 25, to bowel cancer. In the year leading up to his death, he asked me to help him show Australia the truth about medicinal cannabis. I agreed of course. On reflection I had no idea of where that promise would take me.

Today is the biggest step forward so far in keeping this final, poignant promise to my beautiful son Dan. A parliamentary briefing in support of legalising it is happening, led by cross-party MPs and Professor David Penington AC. This mounts pressure on Tony Abbott to act on a Bill due to be introduced in the Senate this month on finally decriminalising cannabis for medicinal use. It'd bring Australia in line with other countries who've approved cannabis for medical use, including Spain, Italy, Germany, Canada, Austria, Argentina, Israel and 20 American states.

This follows a petition I set up using the platform Change.org. I've been overwhelmed by the support: 239,000 signatures and growing. Dan would be grinning from ear to ear. It shows that the government urgently needs to listen to the medical professionals, desperate parents and chronic illness sufferers who expect to be treated with empathy, not a possible jail sentence.

When Dan was first offered cannabis by a trusted friend and cancer survivor, he quickly rejected it – a testimony to the law-abiding way we'd brought him up.

Yet as a nurse, I watched cannabis make the last few months of my dear son's life infinitely more comfortable. I saw him suffer terribly for three years of chemotherapy. Its associated nausea was so severe, it'd put him in hospital for days every fortnight.

The first day his dad rolled him a joint after chemo, Dan had to be instructed how to inhale.

Miraculously, Dan smiled broadly with relief and asked for food. His appetite had been killed by chemo, which had zapped his energy.

We cried with joy. Our son had just used cannabis for the first time and we were happy about it.

I went on to be a cannabis supplier for him, an advocate to change a system which sees sick people and their carers criminalised for getting relief for serious medical conditions.

Medicinal cannabis should be treated like any other medicine.

It will only be when Australia has a legitimate Medicinal Cannabis Regulatory body that research and expertise can be shared between patients and doctors in a safe environment.

It's not just people like Dan who'll benefit. Since asking me to promise to decriminalise this, I've spoken to countless families who fear the repercussions of admitting to cannabis use. Parents watching their kids suffer will do anything to ease their pain.

One mum I spoke to was Lanai Carter, whose son, Lindsay, 16, has a brain tumour. Cannabis controls his seizures. Lanai has spent $120,000 on four trips to US states where cannabis is legal. It has wiped out their family's super. If it isn't decriminalised here, they face uprooting and moving to the US.

It isn't just cancer sufferers who'll benefit. Families of those living with epilepsy, HIV, chronic pain and muscle spasms have all reported how cannabis reduces nausea, restores appetites and prevents or eases seizures.

NSW Premier Mike Baird said my son's case made him "change his mind" about medicinal cannabis – now he's in favour of decriminalisation. The Prime Minister emailed broadcaster and supporter Alan Jones last year to say: "I have no problem with the use of medicinal cannabis" and "If a drug is needed for a valid medicinal purpose, and is being administered safely, there should be no question of its legality."

Mr Abbott, please show Australia you mean what you say. Give the Regulator of Medicinal Cannabis Bill a chance by allocating urgent and adequate time for it to be debated.

Help me fulfil my promise to my beautiful Dan. 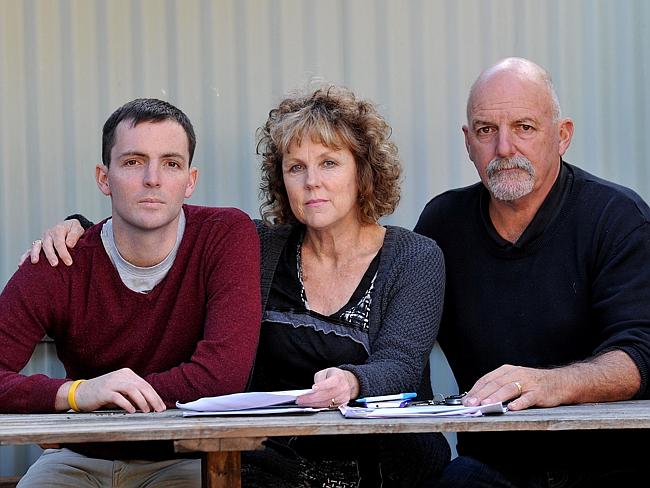 Jun 1, 2014
The General
T
J
Australia: How A Young Man Changed My Mind On Cannabis