Why Legalize Marijuana? Because GMO Pot Is On Its Way

Uruguay — the first country in the world to officially legalize the production and sale of marijuana. Initiator of the law was the leadership of the State, headed by President Jose Mujica. According to authorities, a guarantee of success in Uruguay marijuana legalization should be state regulation of prices for hemp. There are many reasons why Monsanto and other companies producing GMOs would like to learn a new product. Marijuana may be the next major GMO crop. First of all, the company plans to produce GMO manipulate so-called "medical marijuana". If pharmacists join with GMO companies, pharmaceutical mafia can create transgenic strains with the ability to produce more active compounds which are patented and can be implemented as a medicine.

It is also worth noting that former strategic director Jamin Shively Microsoft also announced that it plans to patent in the U.S. is the first national brand under which will be produced hemp imported from Mexico. The new company is based in Seattle. Businessman said that the initial funding for the project is $ 10 million to start the company's products will be distributed only in two U.S. states, but at the request of Shively: "We will seek to ensure that in our hands was 40% of cannabis in the world." 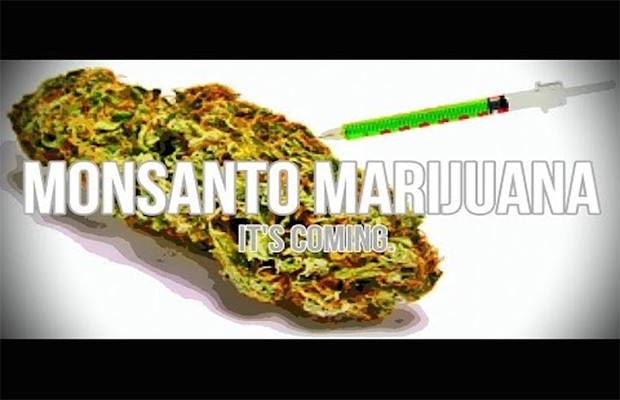 T
Why Legalize Marijuana? Because GMO Pot Is On Its Way

K
All Signs Point To A Corporate Takeover Of The Marijuana Industry By Bayer, Monsanto