Democratic lawmakers on Feb. 6 called for a statewide referendum on legalizing medical marijuana.

Medical marijuana is available to patients in 28 states and the District of Columbia.

Erpenbach and Taylor said as the state strives to battle opioid abuse, medical marijuana is an alternative that should be on the table.

And the Democrats want to know if Wisconsin voters feel the same way. So they propose an advisory referendum and introduced a joint resolution to place a question on ballot in an upcoming election. The question would read: Should the state of Wisconsin allow individuals with debilitating medical conditions to use and safely access marijuana for medical purposes if those individuals have a written recommendation from a licensed Wisconsin physician?"

Another measure from Erpenbach and Taylor, the Compassionate Cannabis Care Act, would legalize medical marijuana for patients with certain qualifying conditions. The legislation would allow patients to possess 12 plants and 3 ounces of leaves or flowers and would provide for the Wisconsin Department of Health Services to license dispensaries.

The lawmakers introduced the Care Act last session but Republicans failed to schedule hearings in either legislative chamber.

Assembly Speaker Robin Vos, a Republican, has said he would consider allowing medical marijuana but with Senate Majority Leader Scott Fitzgerald record as opposing legalization, the referendum measure stands a better chance of passing than the legalization bill.

But Walker has prioritized addressing heroin and opioid abuse and studies show that legalizing medical marijuana can help bring down the number of people using or abusing opioid painkillers.

A 2016 study from the University of Michigan found a 64 percent reduction in use of opioid painkillers among patients using medical marijuana – legal to prescribe in Illinois, Minnesota and Michigan. Also, a study several years ago in the Journal of the American Medical Association showed opioid-related deaths fell by 25 percent in states that legalized prescribing medical marijuana.

At the news conference, Acheson said he uses marijuana to treat war injuries, including post-traumatic stress disorder. The Iraq War veteran said he'd been prescribed muscle relaxants, anti-inflammatory drugs, sleeping pills and opioids. The medical marijuana advocate said he was prescribed pills to counter pills but pot does a better job of treating his pain.

"When facing a growing opioid epidemic in Wisconsin, why on Earth would we ignore a viable, commonsense solution that has been shown to dramatically reduce opioid abuse?" Taylor asked. Furthermore, why are we denying our veterans, who served our country and were willing to make the ultimate sacrifice for our freedom, access to the medical care they need?"

"We will not stop this fight until it is legal in the state of Wisconsin," Taylor said.

Erpenbach said, "I am confident a statewide referendum would provide Gov. Walker and legislators across Wisconsin with the support and peace of mind needed to advance this legislation. At a minimum, allow the publics' voices to be heard." 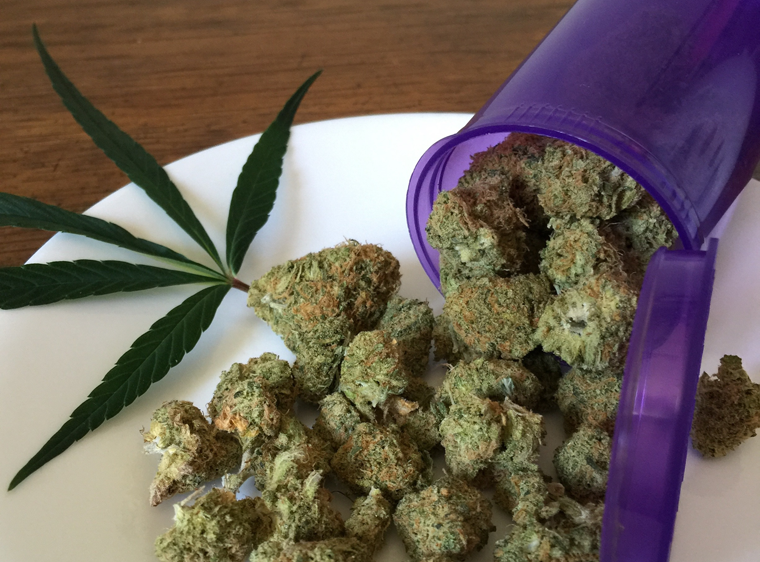