Farmers in diverse states like Hawaii, Kentucky, Maine and Minnesota are researching a new crop: industrial hemp. Many states are changing laws to allow growing of hemp.

Wisconsin is slow to get in the game. Hopefully, this is about to change.

Lawmakers on the Senate Agriculture, Small Business and Tourism Committee have approved a hemp legalization bill. It has yet to be reviewed by the state Assembly. If Senate Bill 119 becomes law, the Department of Agriculture and Consumer Protection (DATCP) would create an active industrial hemp program and license growers.

Hemp is not a new crop to Wisconsin. We once had flourishing fields of hemp. But, as the saying goes, you are sometimes known by your relatives. Even for a plant. Hemp suffered from an association with its cousin, marijuana. By the 1950s, farmers stopped growing hemp. Federal and state drug laws swept up hemp in an effort to eradicate marijuana.

According to a Congressional Research Service (CRS) publication, industrial hemp and marijuana are separate varieties or cultivars of the same species of plant cannabis sativa.

Generally, hemp is defined by having less than 0.3% of THC, an active ingredient in marijuana. However, the plant differs in other genetic aspects, in cultivation practices, and in its use.

Thirty counties around the world grow hemp as an agricultural commodity. Hemp can be used to create plastics, mixed with lime to create concrete, as a fiberglass alternative for use by aviation or automobiles or as a potential biodiesel fuel. The CRS reports more than 25,000 hemp products fall into nine markets: agriculture, textiles, recycling, automotive, furniture, food and beverages, paper, construction materials and personal care.

According to the CRS, growth in the sale of hemp products averaged over 15% annually between 2010 and 2015. The biggest demand for hemp related products are hemp-based body products, food or supplements. These products account for more than 60% of the value of U.S. sales.

A provision in the 2014 federal Farm Bill allowed universities and state agriculture departments to begin supervising hemp in pilot programs. This caused a flurry of activity within state legislatures to create new hemp laws.

According to the National Conference of State Legislatures (NCSL) as of July 2017, 33 states passed some legislation related to industrial hemp including all our Midwestern neighboring states except Iowa. Twenty-six states created laws that began research on hemp, or a grower pilot-program.

Many states passed laws encouraging the development of hemp for certain purposes. For example, Colorado is researching the use of hemp for animal feed. Kentucky funded research on the use of hemp for biofuels. North Carolina is studying hemp for soil conservation and reforestation. The CRS cites research showing hemp may be less environmentally degrading than some other crops. Hemp can play a role in crop rotation, breaking the cycle of disease and pests.

Wisconsin farmers are eager once again to get in on hemp production. The Wisconsin Farm Bureau and the Wisconsin Farmers Union are advocating for the passage of SB 119. Farmers from both organizations and local agriculture agents contacted me asking for quick passage of the SB 119.

Like many agricultural issues, hemp legislation this year has strong bipartisan support. Forty cosponsors of both parties signed up to help pass SB 119. This is a significant improvement from when I introduced the first Senate bill in 2016. Several earlier bills died in the Assembly.

This year, Senators Testin and Harsdorf took the bill I authored and added some important provisions. They gave the UW a role in supervising a seed certification program. The new bill allows any university or tribe to establish agricultural hemp plots. Additionally, it encourages our State Tribal Relations Committee to investigate hemp as an economic development tool for our tribes.

Hemp in Wisconsin is a crop whose time has come. Passage of SB 119 will begin the work of bringing back Wisconsin's hemp industry. Let's make 2017 the year of hemp. 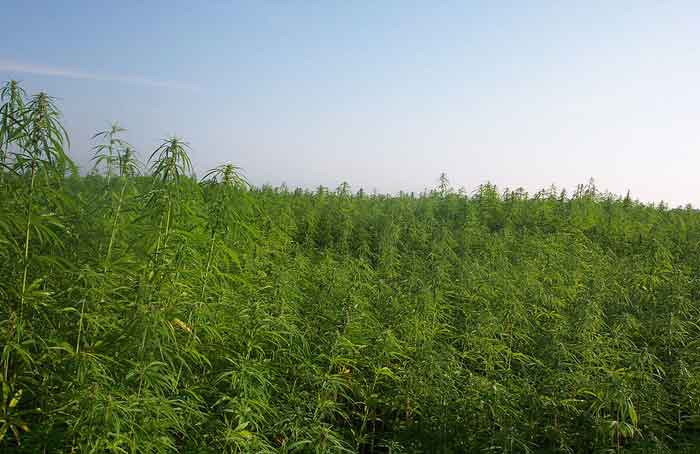