America's opioid epidemic is responsible for the deaths of hundreds of thousands of people. From 2000 to 2015, over half-a-million Americans died of opioid abuse and overdose. Ninety-one Americans die every single day for the same reasons.

While illegal drugs like heroin have contributed greatly to this epidemic, prescription opioids are the leading cause of overdose and death for Americans suffering from opioid addiction.

This is a crisis. Not only for the people of Wisconsin, but for the country at large. Thankfully, the opioid crisis is being taken seriously by politicians from both sides of the aisle and steps are being taken to address the problem. However, many government officials and advocates are not considering all possibilities for solutions to this problem.

A roundup of commentary written by our opinion editors hits your inbox every Tuesday covering local topics of interest from the right, center and left.

Marijuana use has been linked to a reduction in reported pain and a reduction in addictive opioid prescriptions across the country. According to an extensive study performed by University of California Public Health Professor Yuyan Shi and published in the Drug and Alcohol Dependence report, states that have legalized medical marijuana have seen a significant drop in opioid-related deaths and hospitalizations. The study showed that between 1997 and 2014, states that legalized medical marijuana experienced, on average, a 23% drop in opioid-related hospitalizations. The data is clear: medical marijuana works as an effective alternative to addictive opioid painkillers.

However, legalization of medical marijuana does not address another problem: large pharmaceutical companies selling addictive opioid pain relievers, which are then prescribed to communities of color that are more likely to be arrested and incarcerated for drug offenses. Full legalization of marijuana would not only help fight prescription drug abuse but also drastically decrease incarcerations in black communities. Consequently, it would provide benefits to the people of Wisconsin rather than to drug company CEOs.

Currently, marijuana is classified as a Schedule 1 drug – on the same level as heroin. This, despite the fact that marijuana use is provably safer, not addictive and provides pain relief for suffering Wisconsinites. We know that medical marijuana has decreased hospitalizations and deaths related to opioid abuse. More than 33,000 U.S. citizens died in 2015 from opioid-related overdoses, but marijuana has not been linked to a single fatal overdose.

In states such as Colorado, legal, regulated marijuana dispensaries have contributed greatly to the economic health of the state. In 2016, Colorado made upwards of $1 billion in legal marijuana sales. The state government collected nearly $150 million in taxes, a third of which were earmarked for school projects across the state. Think of what Wisconsin could do for its children, its schools and its communities with that much extra money. If marijuana were to be legalized in Wisconsin, I would support putting that extra revenue toward community projects, school funding and a statewide fund that would provide monetary support to various projects across all 72 of Wisconsin's counties.

Every single day, 1,000 people are treated in hospitals around the country for improper use of prescription opioids. This is a problem that requires immediate action. Will legalizing marijuana solve the opioid crisis by itself? Of course not. There is no "one size fits all" solution to such a wide-reaching problem. However, the health and economic benefits of legalized marijuana have been made clear in states that have legalized it. Not taking these first steps to effectively combat the problem of opioid addiction now will only make it worse in the future.

For the good of Wisconsin, we must legalize marijuana. To do otherwise in the face of in-depth research and data would be a disservice to Wisconsinites and a betrayal of our promise to work for the health and safety of our constituents. 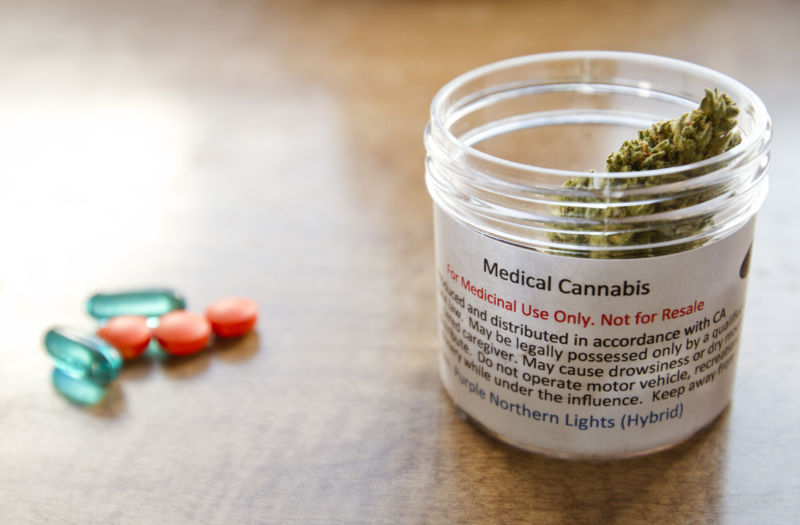 R
One Way To Fight The Opioid Epidemic? Medical Marijuana