Hundreds of people were at the festival, which had live music, vendors and a peaceful march to the Capitol. Phil Anderson, the Libertarian candidate for U.S. Senate, was campaigning at the event.

"People should be free to choose what they want to eat, drink, smoke," he said. "Free to live their lives as they choose."

People who were at the event say it seemed bigger than previous years.

"There are way more people this year than last year," Janet Brzezinski said. "A lot of folks coming through."

Brzezinski was giving more information to people who had questions about the festival.

"There's dialogue. At least we're having dialogue," she said. "That's what I like. We're not shutting down. We're actually talking about it."

Anderson said the fight to legalize marijuana is about more than just smoking, it's about using it as medicine.

"It's ridiculous that science has recognized the beneficial effects of marijuana and products that are derived from marijuana to cure people of all kinds of things," he said.

The associate dean of health education at Madison College confirms the beneficial effects.

"There are some medicinal effects of marijuana use, and those have been vetted," Antonio Re said. "And in some cases, marijuana can be used to relieve some medical conditions."

But Re says more research needs to be done before legalization of the drug can be considered.

"Until we know more about the exact effects of marijuana, it's probably best to treat it still as a drug, just as law enforcement agencies treat it as a drug," he said.

The Great Midwest Marijuana Harvest Festival is the longest running cannabis festival in the United States. It's held annually in downtown Madison. 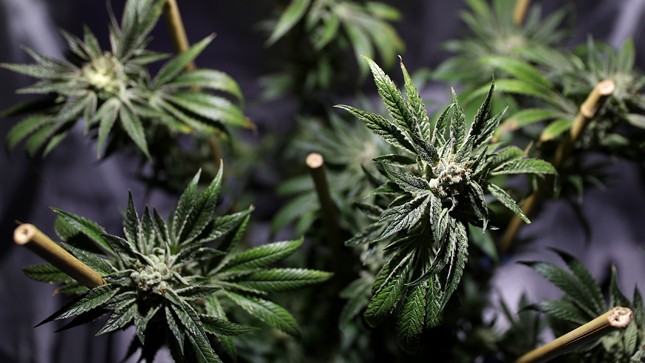