Opponents of marijuana prohibition had one heck of a year in 2012, as voters in both Washington and Colorado passed ballot initiatives legalizing recreational use of the drug. One of the central arguments these folks used in their anti-prohibition campaign was to point out what an excellent revenue source a well-regulated and heavily taxed marijuana industry could be for states. And in a time when the federal and state governments are so hard up for revenue, the tax receipts legal marijuana could bring in, plus reduced strain on law enforcement, could be significant. A 2010 Cato Institute study of the issue estimated that if marijuana prohibition were ended nationwide, it would save state, local, and federal governments $8.7 billion annually in reduced law enforcement costs, and bring in another $8.7 billion in tax revenues.

But as it turns out, actually figuring out an appropriate marijuana tax policy is more complicated than it sounds. The cannabis industry is an easy target for legislatures to saddle with heavy taxes. In Washington State for instance, there is a 25% tax at three different stages of cannabis production: from the grower to the processor, from the processor to the retailer, and the retailer to the customer. These taxes are in addition to any other state or local sales taxes that might apply.

But that's not all. The ultimate goal for opponents of marijuana prohibition is federal legalization. But any serious reform of federal marijuana policy will most certainly include a hefty federal excise tax as well in order to 1) help fund regulatory mechanisms; and 2) garner support from lawmakers who would not otherwise be disposed to reform. Oregon Representative Earl Blumenauer, for instance, has introduced marijuana reform legislation that would enact a 50% excise tax on production.

Proponents of legalization understand that healthy sales taxes are a great tool for furthering their cause. At a certain point, however, high taxes will encourage an illicit market. Where is the line? It's difficult to know for sure, but if a 50% tax were enacted on the federal level, the marijuana industry in a state like Washington would face at least $1.92 in tax for every $1 of product sold. Whether this level of taxation is enough to encourage a black market is difficult to say.

The black market generally imposes its own costs – purveyors can charge a premium because of the risks they incur. But the regulatory burden for legal marijuana cultivation is high as well. In Colorado, for instance, where medical marijuana has been legal for more than a decade, growers are required to keep their operations under 24-7 video surveillance, procure criminal background checks for workers, and keep regulators alerted each and every time they move product. These are just a few of the regulations that can help to drive up the price of legal cannabis cultivation and encourage illicit markets to develop.

For opponents of prohibition, taxes are the one of the best tools to convince citizens and governments of the benefits of a well-regulated marijuana industry. But the marijuana industry in America – in all its various stages of legality – is large and well-developed. Some even estimate it to be the single largest cash crop in the country. Given that fact, one can't expect the black market to dissapear overnight if taxes and regulations make legal marijuana prohibitively expensive. And as legislators continue the process of setting up a tax and regulatory structure for this budding industry, it's a reality they had better take into account. 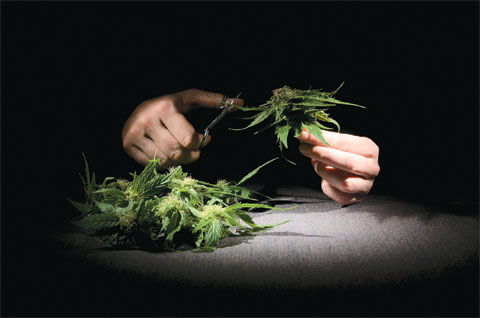 How To Kill The Marijuana Black Market