A legislative committee is set to vote on a bill that would allow Wisconsin farmers to grow hemp.

The Senate Committee on Agriculture, Small Business and Tourism is scheduled to vote on the measure Wednesday morning.

The bill calls for the state Department of Agriculture, Trade and Consumer Protection to issue licenses to farmers looking to grow industrial hemp. People with drug convictions wouldn't be eligible for licenses and the plants couldn't contain more than 1 percent THC, the active ingredient in marijuana.

Industrial hemp has low levels of THC, the active chemical in marijuana. But it has commercial uses, including its oil for health and beauty products and hemp fiber for building materials.

In October 2015, the Drug Enforcement Administration entered the sovereign lands of the Menominee Indian Tribe of Wisconsin and destroyed a crop of about 30,000 plants. The tribe had legalized the growing of low-THC non-psychotropic hemp in May 2015, as provided for under the 2014 Farm Bill, and maintained the DEA improperly destroyed the crop in the raid.

The Menominee Nation filed a lawsuit asking a federal judge in Milwaukee to uphold the tribe's right to grow industrial hemp. In February 2016, the tribe filed a motion for summary judgment. The tribe argued that it was exempt from a state law banning the crop.

But in 2016, a federal judge in Milwaukee dismissed the suit. Judge William Griesbach wrote that because the tribe is located in Wisconsin, the exemption does not apply.

The tribe on May 24, 2016, issued a statement: "The Tribe is disappointed with this recent setback that challenges our sovereignty as a Tribal Nation and inhibits our ability to pursue research initiatives exploring the viability of this versatile and sustainable crop. The Tribe is currently reviewing the decision to determine what options it may or may not pursue."

"Hemp for victory" once was a rallying cry in the United States, back when Wisconsin dominated the hemp industry.

The market for the 12-foot-tall plants was strong a century ago and reached its height during World War II, when Wisconsin led the nation in producing hemp for rope and twine. Growers in Fond du Lac, Green Lake, Dodge and Racine counties supplied the crop, and a mill owner in Waupon held the title of "America's Hemp King."

The cultivation of hemp in Wisconsin slowed dramatically with the development of synthetic fiber, but its death knell came in 1970. That's when the federal government classified any amount of THC – a chemical compound found in both hemp and pot – as an illegal substance, thus killing the hemp industry. But hemp may soon make a comeback.

The Agricultural Act of 2014, which President Barack Obama signed Feb. 7, 2014, contained a so-called "Hemp Amendment," which allows states to work with higher-education research institutions to create programs for the growth, cultivation and marketing of industrial hemp. With the amendment, the federal government created a definition of industrial hemp so that it would not be confused with its cousin – marijuana.

To capitalize on the Hemp Amendment, a state's statutes must allow for hemp farming.

Kentucky has become a leader on that front. Also, some farmers in Colorado started harvesting hemp in 2013, followed a year later by farmers in Vermont and then farmers in Oregon last winter.

But Wisconsin is not a hemp player.

-Hemp and marijuana are of the same plant species – Cannabis sativa – but the two plants are not bred and cultivated in the same way. The level of THC is much, much lower in hemp than in pot. Hemp can't produce a high, but it can be used to make a handsome shirt or provide nutrition.

-The fiber is durable and makes for comfortable and colorfast textiles. It is used in composites or can replace plastics or fiberglass in molded products. The fiber also can be used to make building insulation or paper, while the inner core can be used to make animal bedding or nitrogen-absorbent fertilizer. The stalk even holds promise as alternative fuel.

-The hemp seed – a tiny nut that consists of a meaty inner core and a hull – has use as birdseed and, toasted, as a human snack. But broader uses involve dehulling the seed or crushing the seed for oil, because the inner core contains two essential fatty acids – Omega-3 and Omega-6 – as well as proteins.

Advocates tout the benefits of hemp seed oil supplements, the culinary value of hemp oil and the cosmetic applications. Even the protein-rich leftover hemp meal has value and is used for animal feed as well as high-protein powders and flours for human consumption.

The U.S. market for hemp is about $450 million to $600 million a year. But with few exceptions, U.S. growers are not profiting. There is no large-scale industrial hemp production in the U.S. and the U.S. market is dependent on imports for finished hemp products and hemp ingredients. About two dozen other countries export hemp to the United States, including Britain, France, Germany, Spain – and especially Canada. 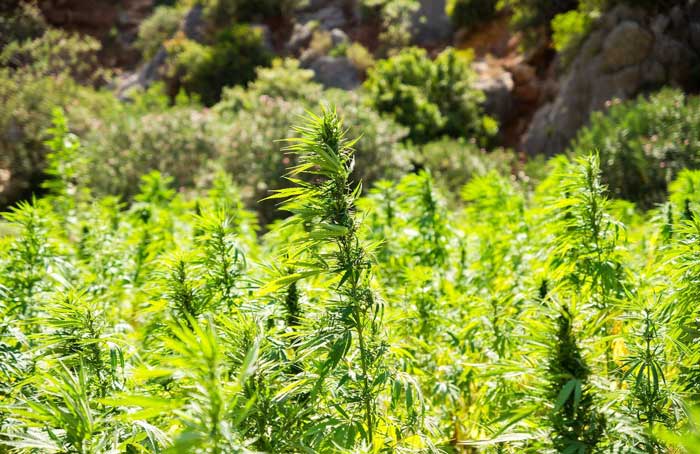 Re: Wisconsin Lawmakers To Consider Whether State Is Open For Industrial Hemp Busines

i thought america/US was a democracy.
why are legislators/politicians/bureaucrats deciding the fate of farmers?
why don't the farmers vote on what they want to grow, if this is a democracy?

why does 420 mag continue to promote this communist government that claims democracy? LOL. what jokesters you are.