With Prop 205 Off The Table, Arizonans Flock To Medical Marijuana Docs

Medical-marijuana doctors and certification centers report seeing an increase in appointments over the two days following the negative election results of Proposition 205.

The measure to legalize marijuana in Arizona appears to have failed, though the Campaign to Regulate Marijuana Like Alcohol in Arizona is waiting for all the votes to be counted before making an announcement. The Associated Press called the race for the "no" side late Tuesday night.

Even before then, in the weeks running up to the election, staff at some certification centers around the state noticed that more people were inquiring how to get a medical-marijuana card. Some centers have been flooded with phone calls since Wednesday morning, when people awoke to the news that the adult-use measure had likely failed.

"We have been slammed," says the receptionist at one west-side Phoenix center, Sun Valley Certification Clinic, adding that many of the callers booked appointments.

"Yesterday was definitely a big day," says Adriana Sorlea, officer manager at Cannabis Certification Centers, which has several offices in Arizona. "A lot of people waited to see if it passed."

Arizona voters approved the Medical Marijuana Act in 2010 by a narrow margin, allowing registered patients to possess up to 2.5 ounces of marijuana legally and creating a regulated retail system that currently consists of 99 dispensaries. Obtaining a registration card costs about $300 annually, including a $150 fee paid to the state and up to $150 or more for a required doctor's visit.

Prop 205 would have legalized up to an ounce of marijuana for all adults 21 and older, and also put 15 percent tax on the products above and beyond the normal state and local sales tax. For someone with a minimum medical need of marijuana, it might have been cheaper to buy recreational marijuana with the added cost in taxes rather than pay $300 for a medical card. Going the medical route also requires time and planning, so it makes sense that many cannabis consumers - who want cannabis for medical reasons or otherwise - waited to renew their existing card or obtain a new one until after Prop 205 was decided.

Arizona's medical-marijuana program, run by the state Department of Health Services, is one of the most professional and robust in the nation. Since voters approved Proposition 203 six years ago, overall youth use of marijuana in the state has declined, and public support of the program has increased. Many stories have been written about sick, disabled, or dying Arizona patients who have been helped tremendously by cannabis products. Cardholders must affirm they use marijuana strictly for medical reasons and that they won't share their weed with non-patients. Overall, about 75 percent of the 109,000 patients in the program are 31 and older, and 19 percent of all patients have ailments other than chronic pain.

All that said, here's how to obtain a medical-marijuana card in two steps if you need one:

- Find a medical-marijuana doctor or certification center on the Internet and make an appointment.

- When yo go for your appointment, bring medical records that document your condition. Pay the $150 state fee and the cost for the doctor's visit, then get your picture taken. Your card will arrive in a few days.

Sounds easy, right? It can be, but some patients will require additional steps.

Under Arizona law, patients qualify who have severe and chronic pain, seizures, severe nausea, cancer, glaucoma, HIV or post-traumatic stress disorder, Crohn's disease, and other conditions. Would-be patients who already have medical records showing the treatment of any of these disorders in the past 12 months should find the process simple. The doctor at the certification clinic will examine the patient and his or her records, then approve - in most cases, when the records support the patient's claim - the use of marijuana to treat the problem.

If the patient's primary-care physician or another doctor will fill out the required forms, patients don't need a specialized medical-marijuana doctor and can submit the state paperwork on their own. But most M.D.s refuse to help their patients become certified as legal medical-marijuana users, leading to the system of naturopaths and homeopaths who do most of the state's certification work.

If a patient who suffers from one of the qualifying conditions doesn't have recent medical records to show or has no history of going to the doctor for a specified ailment, it's still possible to obtain a card.

"No records? No problem!" touts Sun Valley Certification Clinic's web page. The clinic has an in-house chiropractor who can evaluate the patient, diagnose an ailment, and provide a medical record of the visit that would be used for completing the certification paperwork.

Not all medical-marijuana doctors and clinics provide that service. Doctors at Cannabis Certification Centers require an outside doctor's paperwork, for example, and the more recent the better, Sorlea says. 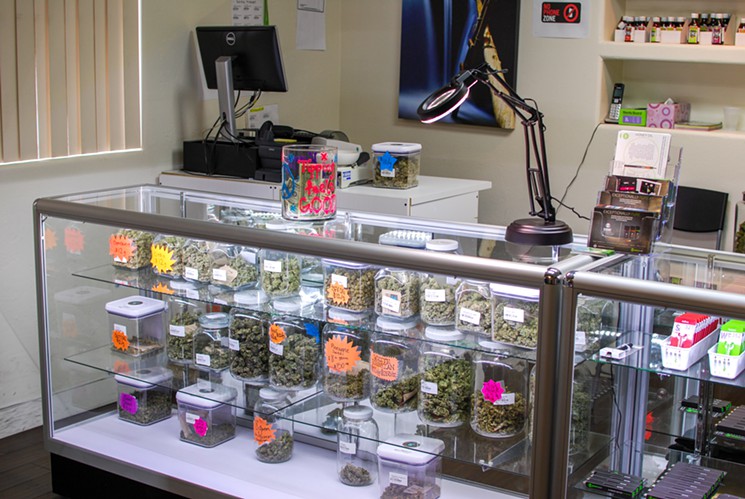