Without Ballot Initiative, Medicinal Marijuana Has A Much Harder Path in Kentucky

In November, Ohioans will vote by public referendum whether to legalize marijuana in the state.

But in Kentucky, where statewide ballot initiatives are not permitted, the path to legalization must run through the state legislature. And while recent efforts have coalesced behind legislation to legalize marijuana for medicinal use, lawmakers haven't exactly been forthcoming with their support.

Jaime Montalvo, founder of Kentuckians for Medicinal Marijuana, said most state lawmakers are reluctant to have their names tied to the cause, which can be easily muddied in attacks from opponents.

"They know something has to happen, but they don't know how. It's just overwhelming to them, I think," he said. "We're trying to get them to, when they hear the words 'marijuana' or 'cannabis,' they think of somebody that is really sick and out of options and needs a better quality of life, instead of somebody wearing bell bottoms and a tie-dye shirt, smoking a joint [and] walking down the street."

During this year's legislative session, House Speaker Greg Stumbo, a Democrat from Prestonsburg, proposed legislation that would have legalized some forms of marijuana for medical use. The bill never made it out of committee.

In 2014, Rep. Mary Lou Marzian, a Democrat from Louisville, authored a bill that would have allowed patients to use, possess and cultivate marijuana. That bill was approved by the House Health and Welfare committee but was rerouted to the Judiciary committee, where it languished.

Stumbo, Marzian and perennial marijuana decriminalization supporter Sen. Perry Clark, also a Democrat from Louisville, did not respond to requests for comment about whether they would propose similar legislation in the next legislative session.

Montalvo claimed many state lawmakers support legalizing medical marijuana – but only behind closed doors. His organization has had difficulty finding legislators who will sponsor and co-sponsor legislation.

"Since it is new to them, they don't feel comfortable yet," he said. "I think that's what's holding them back. Along with the stigma of the word 'marijuana.'"

Those lawmakers may have the ear of the next governor on the issue.

Republican candidate for governor Matt Bevin said in an interview with WFPL News on Tuesday that he would sign legislation to legalize medical marijuana, though he said he wouldn't lead the charge on it.

"I absolutely have seen evidence, medically, for the fact that THC and derivations of it have absolutely proven medicinal value, no question," Bevin said. "I would not, in any shape or form, veto a medical marijuana bill."

In a statement from his spokesperson, Democratic candidate for governor Jack Conway appeared to warm slightly to the idea, which as attorney general he has vehemently opposed.

"He generally doesn't support legalizing medical marijuana but is open to hearing from the medical community on the issue," Conway spokesperson Daniel Kemp said.

An Ohio marijuana advocacy group gathered more than 320,000 signatures to put the legalization issue on the ballot there in November. If approved, Ohio would become the fifth state to legalize the drug for recreational use as well as medicinal use.

University of Louisville Professor Dewey Clayton said in bypassing the legislature, Ohioans take the onus off nervous lawmakers who might worry about having their name tied to a vote for marijuana.

"That could place a particular politician in jeopardy, that could be used against him or her," Clayton said. "They ultimately are putting it in the hands of the people, the voters, to make the decision. And that way, regardless of how things turn out, they're not going to take all the heat one way or the other. So it's actually a very smart move on their part." 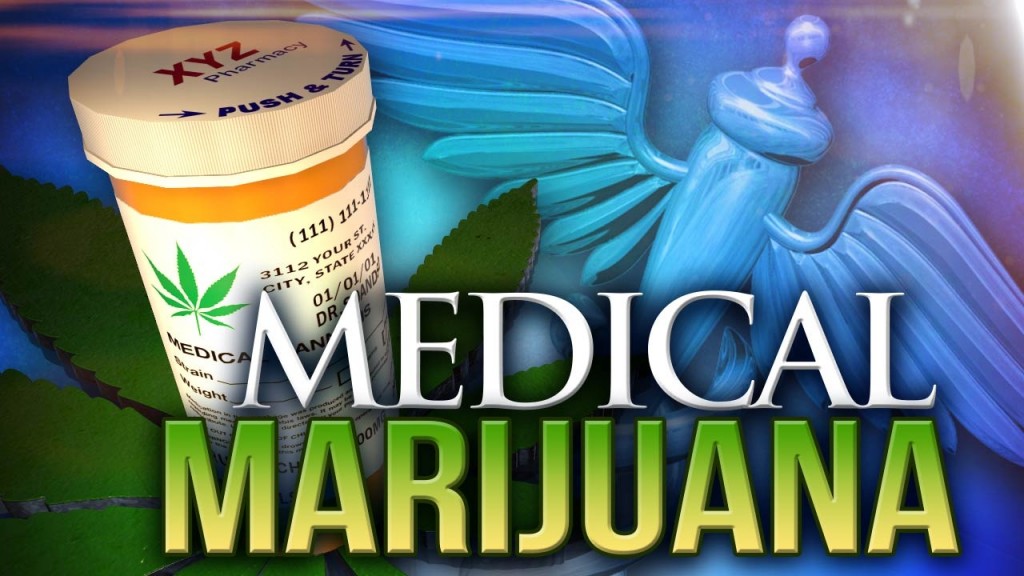 Yet another state that that doesn't have the balls to do the right thing. It's time to only vote pro pot canadates into office. The Bible Belt needs a wake up call and get educated!

I think that a growing number of people in the South support at least MMJ and more and more are willing to support legalization if for no other reason than the tax dollars so many politicians salivate over. I feel for the States that do not allow citizen initiatives as they have an uphill battle dealing with social conservatives due to all of the gerrymandering of voting districts. Floriduh will pass some form of MMJ, at least, during the general elections of 2016. I hope to be relocated long before that but I do wish those that remain in this politically corrupt state the best.
Weed might be a commodity but cannabis isn't.
- Swami Chaitanya -

J
Without Ballot Initiative, Medicinal Marijuana Has A Much Harder Path in Kentucky