World Health Organization: CBD Should Not Be A Scheduled Substance

The World Health Organization, the health agency of the United Nations, has officially recommended that cannabidiol (CBD) not be internationally scheduled as a controlled substance. WHO research on CBD's therapeutic use and side effects found that the cannabinoid was not a public danger.

"Recent evidence from animal and human studies shows that its use could have some therapeutic value for seizures due to epilepsy and related conditions. Current evidence also shows that cannabidiol is not likely to be abused or create dependence as for other cannabinoids (such as Tetra Hydro Cannabinol (THC), for instance)," reads an announcement from the WHO Expert Committee on Drug Dependence.

CBD has shown that it has medical benefits for epileptic seizures, pain, insomnia and inflammation, among other afflictions; it can be derived from both psychoactive cannabis and hemp. According to the WHO report, there's also preliminary evidence that it can treat Alzheimer's disease, Crohn's disease, certain forms of cancer, Parkinson's disease and other serious conditions.

Although processed and sold without regulation in America, hemp-derived CBD remains a Schedule I substance with the federal government, because it's classified under the same branch as psychoactive cannabis. However, CBD derived from industrial hemp, a member of the cannabis family that has less than 0.3 percent THC, doesn't carry psychoactive or addictive effects, according to the study.

WHO found that CBD offers medical benefits for both humans and animals without a risk of addiction. "In an animal drug discrimination model, CBD failed to substitute for THC. In humans, CBD exhibits no effects indicative of any abuse or dependence potential," the report reads. "To date, there is no evidence of recreational use of CBD or any public health-related problems associated with the use of pure CBD."

Raul Elizalde, a medical marijuana advocate who's president of hemp-CBD company HempMeds Mexico, spoke with WHO during its 39th annual Meeting of the Expert Committee on Drug Dependence in November. Elizalde helped spearhead Mexico's legalization of medical marijuana with less than 1 percent THC in June, and hoped to persuade WHO to do something similar by not acting — or in this case, not scheduling.

"If CBD was scheduled as a drug, the only way CBD would have been available is as a pharmaceutical," he told us before the WHO decision came down. "Drugs are scheduled for being psychoactive, addictive or damaging to peoples health. This wouldn't be available to a lot of patients that it used to be available to around the world if scheduled."

"We should be very aware of international laws, because all of these treaties we've signed — the U.S., Mexico and so on — have to be protected," Elizalde explained. "CBD should never be a scheduled drug. Everywhere around America is changing the way cannabis is regulated."

The WHO report also called for fuller review of CBD in May 2018, when the ECDD will go through a more comprehensive review of cannabis and cannabis-related substances. 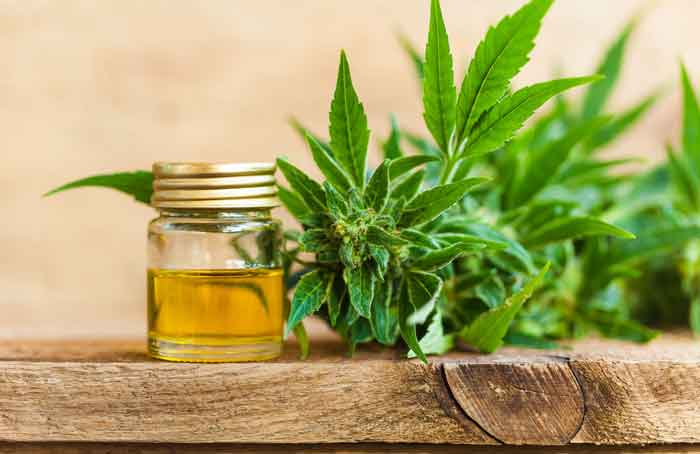 Last fall when the World Health Organization’s Expert Committee on Drug Dependence delivered its preliminary judgment that hemp-derived CBD is safe and well-tolerated in humans (and animals), and showed that CBD is not linked with any negative public health concerns. The WHO also concluded that CBD does not induce physical dependence and is not associated with abuse potential!

When the WHO will meet in the coming months again, as part of its formal process, the WHO asked the US Food and Drug Administration for its response, and the FDA has asked for public comment recently.

The US Hemp Roundtable, the hemp industry’s national business association that represents over thirty firms and organizations across the country – responded with THIS.

The Roundtable suggests against the scheduling of hemp-derived CBD as an international controlled substance, as t would severely limit the use and impact of CBD. CBD derived from hemp shouldn't be classified a controlled substance and has many medicinal and non-medicinal uses!
You must log in or register to reply here.
Share:
Facebook Twitter Reddit Pinterest Tumblr WhatsApp Email Link
Top Bottom