Harborside Health Center in Oakland, Calif., known as the "world's largest pot shop," said it will still operate despite a ruling on Tuesday that rejected a suit filed by the city against the federal government on behalf of the dispensary.

On Tuesday, U.S. Chief Magistrate Judge Maria-Elena James dismissed a lawsuit filed by the City of Oakland against Attorney General Eric Holder and U.S. Attorney Melinda Haag that sought to halt the federal government's closure of the shop. Haag had said in July that the store, which was featured on the Discovery Channel television series "Weed Wars," has become too large, making it a candidate for the Obama administration's marijuana dispensary crackdown that began 2010.

"We are, of course, disappointed in today's ruling," Harborside executive director Steve DeAngelo said in a statement. "In the meantime, Harborside will continue to provide our patients with the very best cannabis medicines we can find, in the safest and most beautiful environment we can create, with the very highest level of care and service."

California is one of 18 states that allows medical marijuana after voters passed Proposition 215, which legalized the medicinal use of marijuana, although the drug is still banned by the U.S. federal government.

Harborside, which has shops in Oakland and San Jose, is known as the world's largest marijuana dispensary with 108,000 patients who spend about $20 million there annuall, according to its owners. The city of Oakland filed a suit against the federal government last October to halt the closure of Harborside, despite the roughly $3 million in tax revenue the dispensary generates and at the local, state and federal levels each year.

"The message of Oakland's lawsuit remains powerful and relevant: The City Council and mayor have determined that if Harborside Health Center is closed, the entire city will be harmed," DeAngelo said.

Back in January, the same magistrate ruled that the dispensary could remain open amid the suit to shut Harborside down. The case will resume in March.

"We appreciate the ongoing support of our fellow citizens and elected officials, along with the fairness and thoroughness Judge James has exhibited throughout these proceedings," DeAngelo said. "We continue to look forward to our own day in court and are confident that a Bay Area jury will recognize Harborside's positive contributions and decline to shut our doors." 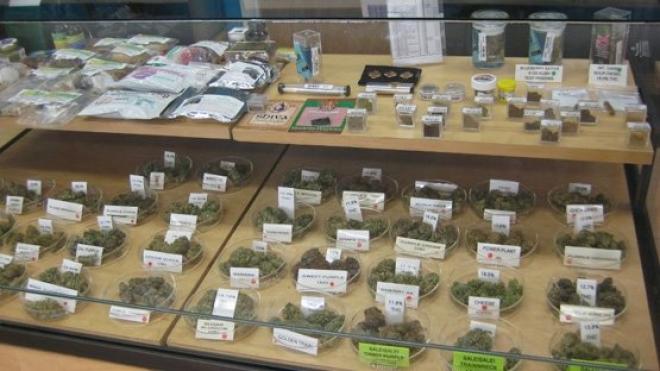