Florida's sudden rush to legalize marijuana for the sick or dying is heading toward a potentially important speed bump: Gov. Rick Scott. While Republican and Democratic lawmakers are rushing to advance bills legalizing some forms of marijuana for medicinal use, the governor has refused to say whether he would sign a bill — even one favored by GOP lawmakers which would only legalize a non-euphoric version nicknamed "Charlotte's Web."

The effort has drawn parents like Holley and Peyton Moseley, a Gulf Breeze couple who adopted a child RayAnn with severe epilepsy. They have become well-known advocates for legalizing Charlotte's Web after visiting Colorado where the new medicine was developed. They'll be walking the halls this week in Tallahassee, have hired two lobbyists and a public-relations firm, and created an online community to make the case for giving Florida's 125,000 epileptic children the legal option of using the drug to treat their excruciating condition.

In the last month, they've seen a marked change among lawmakers: from distrust and concern, to endorsements from staunch, otherwise anti-drug conservatives. "I've been very pleasantly surprised at the response," Peyton Moseley said last week. But they have no assurances what Scott will do. "We're not there yet," he said. "We'll cross that bridge when it's time."

We wrote a story here about the shift by some Republicans like Senate President Don Gaetz, who once bought marijuana for a dying chaplain he had hired to work in his hospice. Gaetz is backing the bill pushed by his son, Rep. Matt Gaetz, and made it clear that the governor would be making a mistake to stand in its way. "If he doesn't [sign the bill] I think he'll make a huge mistake, a mistake I hope he doesn't have to explain to some of my constituents who hold their children to their chests when they have these terrible convulsions," Sen. Gaetz said in an interview.

Scott's office last week issued a veiled, non-committal statement on the bill, which could start moving through the House in the session's first week in March. "The Governor feels for families struggling with terrible illness," Scott communications director Frank Collins said in a statement. "The FDA is currently evaluating the safety and effectiveness of the medication. The Governor is hopeful that families will get relief from the impacts of these serious illnesses in the safest possible way."

But Republican political strategists and legislative advocates say the question here should be common sense — particularly since Democrats and gubernatorial candidate Charlie Crist are using public support for the issue and the fall medical marijuana ballot question to drive a stake into Scott. "Society is changing. Republicans can let some steam out of this and take the issue away from Charlie Crist and John Morgan by proving they have a heart and are responsive to people," GOP consultant Rick Wilson said.

"This is a no-brainer for people with a political head and compassionate heart." Wilson said the wing of the party still resistant to marijuana-legalization issues — evangelicals and "tough on crime" conservatives who have been anti-drug for 25 years — have largely won the fight over abortion (with public opinion shifting in their favor), lost the fight over gay marriage, and are making drug legalization "the hill they die on."

"I do not think that's an effective position to be in," he said. Rep. Matt Gaetz, the Fort Walton Beach Republican pushing the Charlotte's Web bill, HB 843, said the party needs to keep pace with shifting sentiment. A cadre of conservative Senate Republicans joined in last week, filing SB 1030, the chamber's companion bill.

The version of cannabis nicknamed "Charlotte's Web" after a Colorado child is high in the non-euphoric cannabidiol (CBD), and low in the chemical tetrahydrocannabinol (THC) which gets people high when smoking the plant. Matt Gaetz said he became an advocate after watching a CNN documentary last year, "on the couch, in my pajamas, and by the end I was crying." 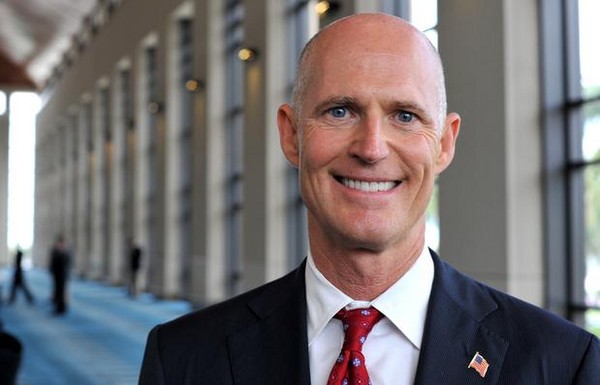 anyone that would even HINT to ban a medicine for a child is a complete and worthless fool. Stupidity is not against the law. Uncaring is against the law of humanity.
You must log in or register to reply here.
Share:
Facebook Twitter Reddit Pinterest Tumblr WhatsApp Email Link
Top Bottom