Oregon Sen. Ron Wyden proposed an amendment to the U.S. Farm Bill that would exclude industrial hemp from the definition of marijuana, allowing farmers to grow the crop that advocates say has many uses and sustainable benefits.

The proposed amendment to the Agriculture Reform, Food, and Jobs Act of 2012 would allow states to set their own laws about industrial hemp cultivation.

"Industrial hemp is used in many healthy and sustainable consumer products. However, the federal prohibition on growing industrial hemp has forced companies to needlessly import raw materials from other countries," Wyden, D-Oregon, said in a statement. "My amendment to the Farm Bill will change federal policy to allow U.S. farmers to produce hemp for these safe and legitimate products right here, helping both producers and suppliers to grow and improve Oregon's economy in the process."

Volgyesi and other Hemp History Week organizers are encouraging supporters to contact their legislators in support of the amendment, which they say is the first time industrial hemp has been supported in Washington, D.C., since the 1950s.

Organizers behind the Oregon Cannabis Tax Act 2012 campaign also support industrial hemp and want to create a state commission to regulate cannabis similar to how alcohol is regulated.

"Hemp is more than just a part of America's heritage and prosperity," said Paul Stanford, a chief petitioner for the tax act and founder of the Campaign for the Restoration and Regulation of Hemp, in a statement. "It's an opportunity for Oregon's incredible innovators and entrepreneurs to build businesses and create jobs in hemp biofuel, food and fibers. From Portland's sustainable design engineers to rural Oregon's farmers to central Oregon's timber workers, hemp reflects Oregon's commitment to sustainable prosperity." 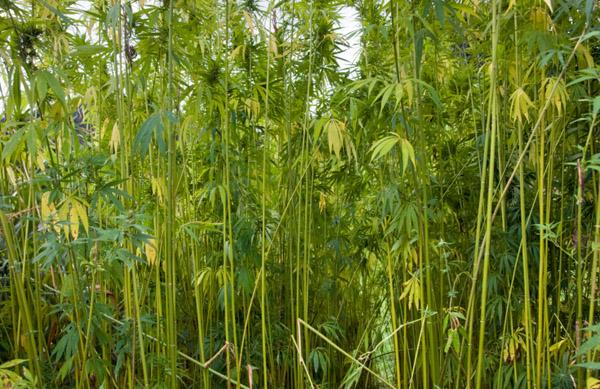