Both of Oregon's Democratic Senators added their names to an effort to support the farming of industrial hemp, a move that would remove Federal restrictions on growing non-drug Cannabis.

Senators Ron Wyden and Jeff Merkeley joined Rand Paul, R-Ky., and Bernie Sanders, I-Vt., to introduce a Senate companion bill to The Industrial Hemp Farming Act of 2011, which was introduced in the House last May.

Ten states, including Oregon, have removed barriers to the production of industrial hemp, including oilseed and fiber varieties which have numerous uses including foods, textiles and personal care products. The problem is that despite state authorization, hemp farmers still run afoul of federal law which doesn't distinguish hemp grown for industrial uses from marijuana.

Wyden got involved with the pro-hemp effort in June when he introduced an amendment to the U.S. Farm Bill that would have addressed the same issue by distinguishing industrial hemp from its druggy cousin. The amendment didn't make it into the final version of the bill.

"American farmers have been denied the right to grow a crop that our founding fathers considered essential. It is imperative now that other Senators cosponsor this bill and that President Obama and the Attorney General also take action to allow American farmers to grow hemp under state law," said advocacy group Vote Hemp's President, Eric Steenstra, in a press release.

The group values the U.S. hemp industry at over $400 million in annual retail sales and argues that the change in federal law would lead to job creation. 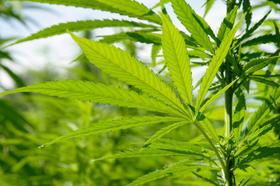 Every once in a while Ron Wyden does something smart