An Oceanside boy suffering from potentially deadly seizures join hundreds of Southern California families in a search for a new solution after their supplier for a controversial, marijuana-based treatment was shut down. Four-year-old Connor Dalby has been suffering from vicious seizures since he was three months old. "Connor had lost eye sight. His brain wasn't registering anything. He lay on the ground and stared into space," said his mother Kelley. He was soon diagnosed with West Syndrome the worst form of epilepsy that rarely responds to medication.

When traditional treatments didn't work, the Dalbys turned to a medical cannabis oil called Charlotte's Web. The treatment has no THC — the main psychoactive component of marijuana -- so patients like Connor can't get high. Kelley was giving the treatment to Connor three times a day, purchasing it from Realm of Caring California, a nonprofit resource center in the San Fernando Valley. "I've given hope to hundreds of families who were hopeless," said Ray Mirzbegian, the center's director. But the city attorney recently threatened criminal charges against the nonprofit, so the 40-year-old father closed it down.

"There's 800 children on my waiting list, and these children need their help. They need the city's help," said Mirzbegian. The director wants to come up with a solution as quickly as possible because he knows time is not a luxury many can afford. His own ten-year-old daughter suffered from seizures before using Charlotte's Web. "The hardest part of this is when you get a call from a parent who says, 'Ray, take my child off the list. They didn't make it.' When you say didn't make it? They passed away," Mizbegian said. Mirzbegian hopes to set up a shop in Oceanside that only sells Charlotte's Web to children in need. Currently, zoning laws in the North County city don't allow dispensaries, but the planning commission has asked the city council to consider the possibility. 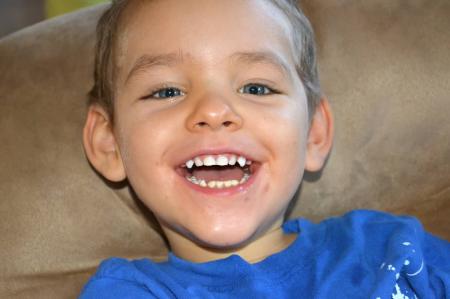