Veg update
Day 109 for Blue dreams since seed
Things are looking good! Upped my feeding to 20ml grow per gallon. Might even go higher since im not seeing any nutrient burn and I saw that they had a small nitrogen deficiency. Besides that I topped blue dreams, most of the higher nodes. Cant wait to flower these trees in 5 or 7 gal pots. Guna be 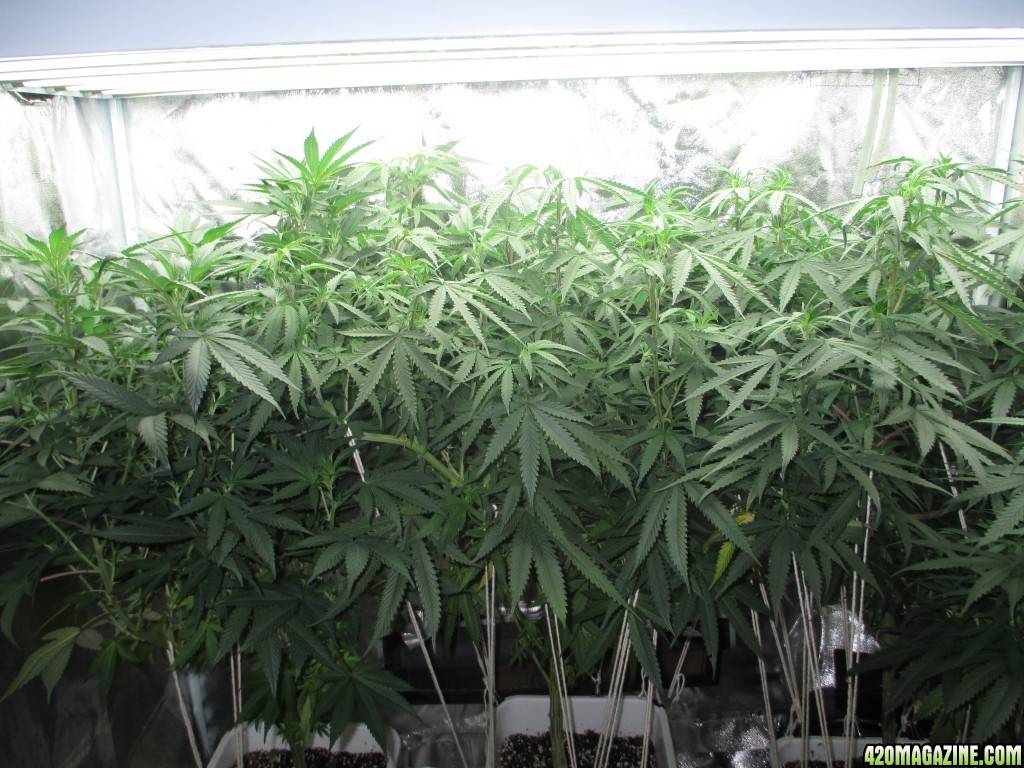 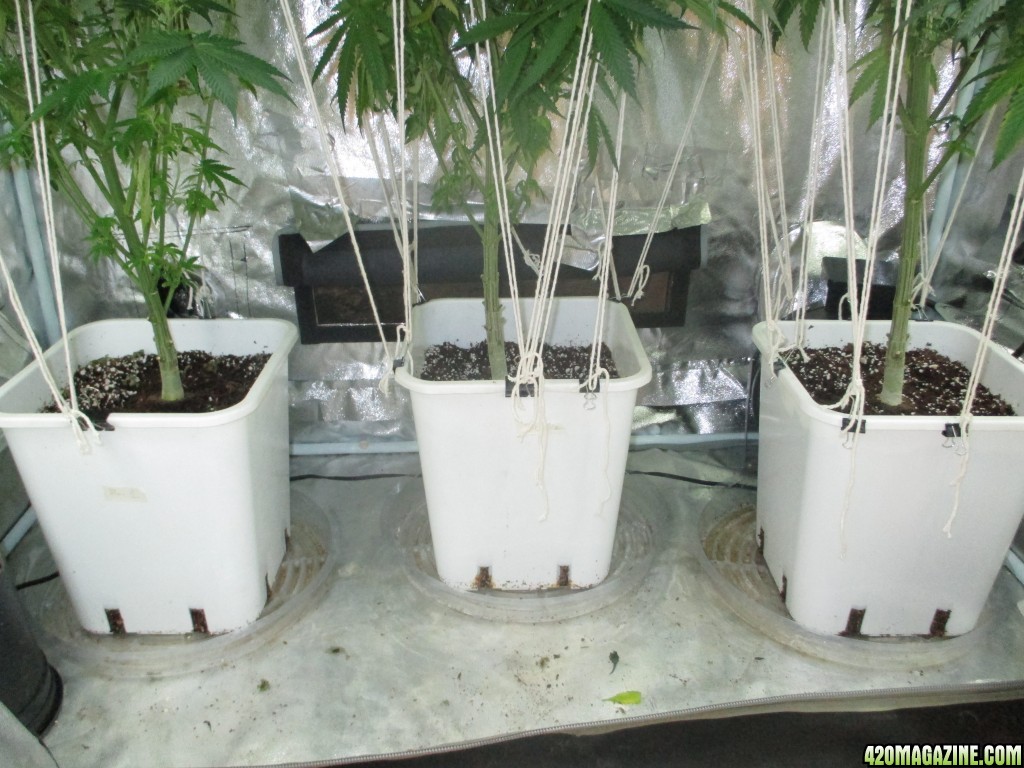 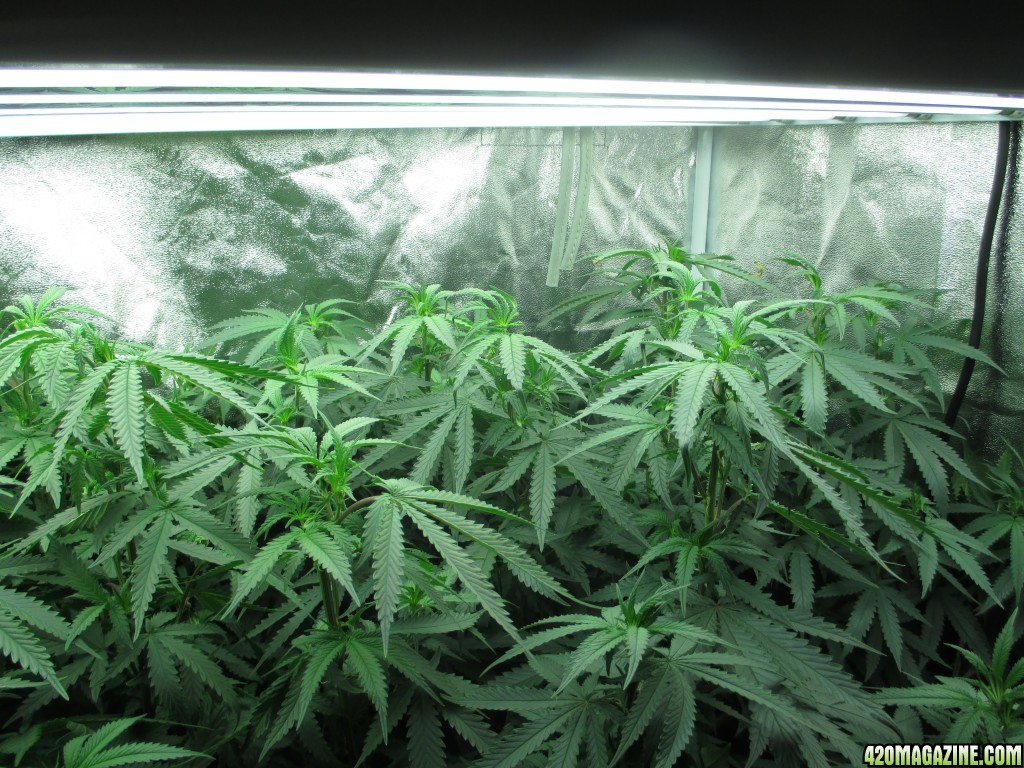 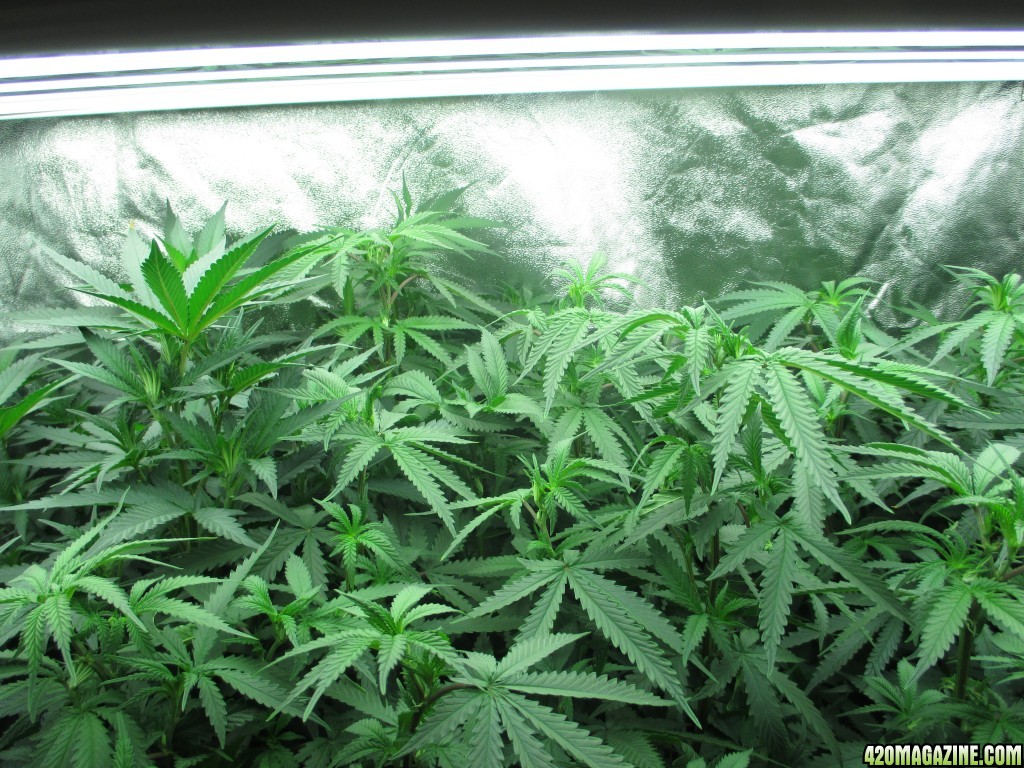 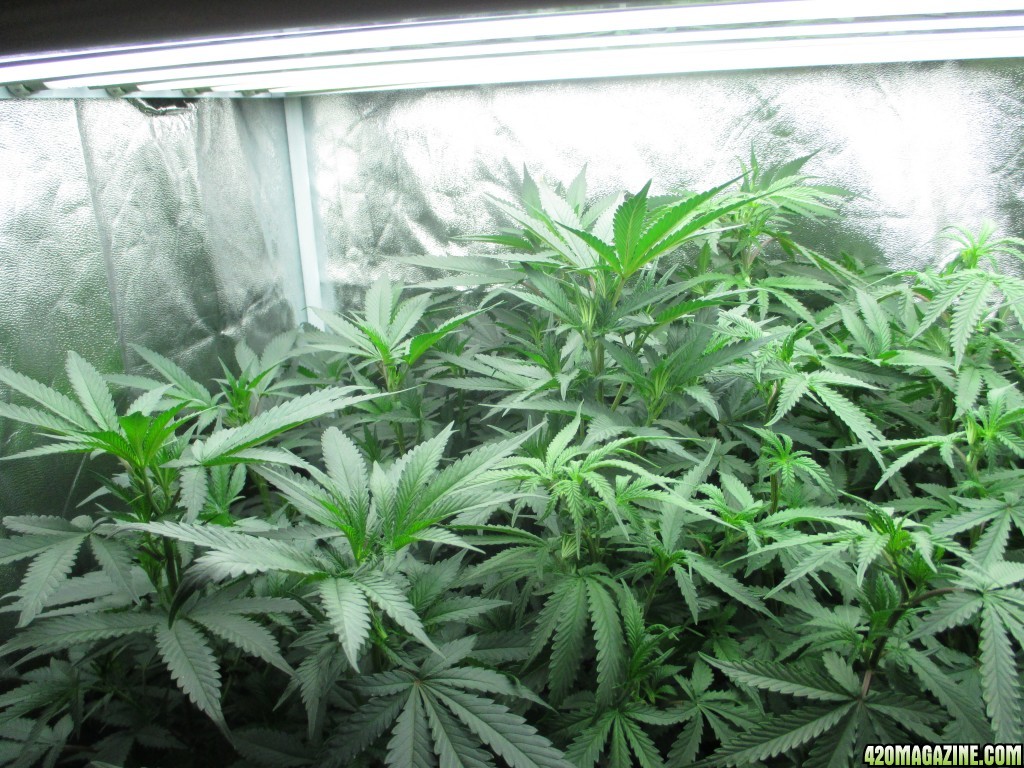 here are my clones also. about 5 or 6 days old now. Still waiting on roots to show 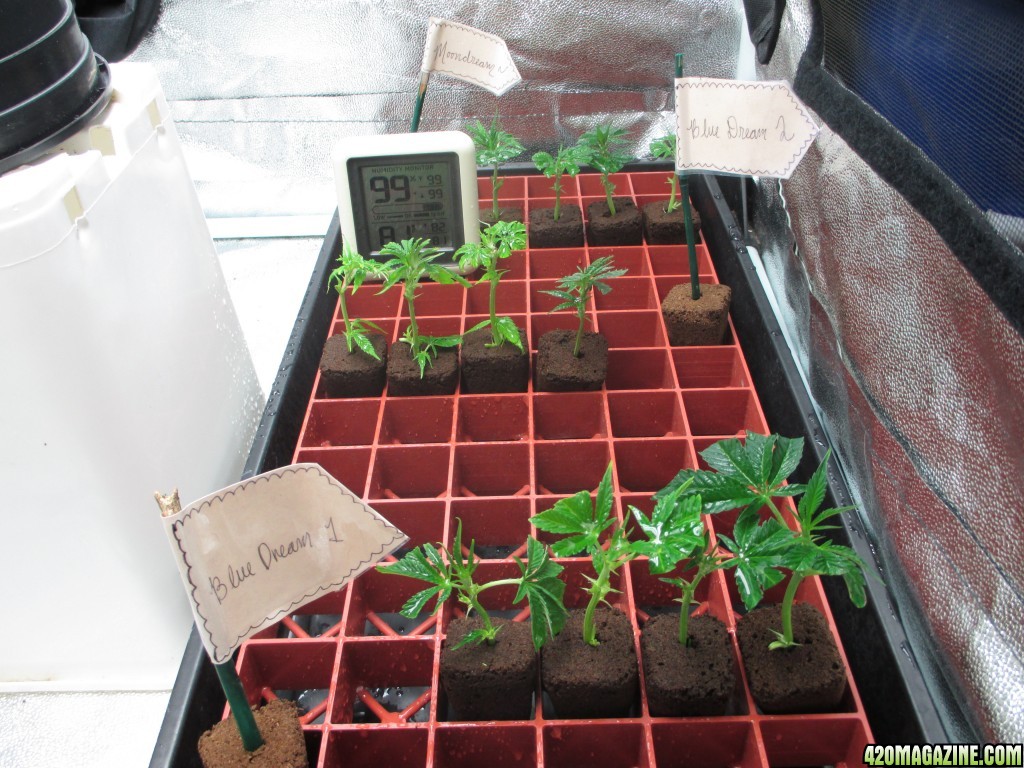 
Thanks man. Cant wait to see how it all pays off!

Picked up more coco today as well as three 5 gallon buckets. Im guna have to be moving the blue dream back into my closet that I used for the Pcs earlier because they are getting tall.
Yummytrees Pineapple Chunk/Blue Dream Haze/Liberty Haze Grow in Coco/Perlite
Y

All the clones I took rooted. Planted most of them in small cups I have. Bluedream mothers are still going strong. Going to transfer to 5 gal 1 week before I harvest Pc maybe. Here are some pics. Ill be posting Pc pics soon
Blue 2 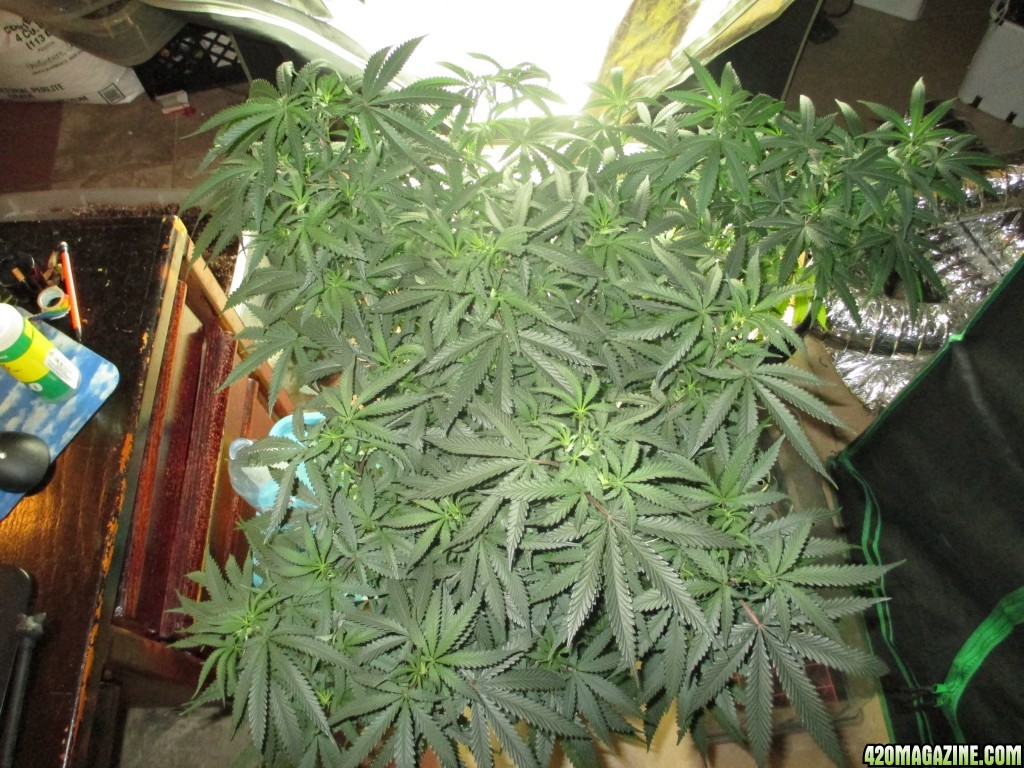 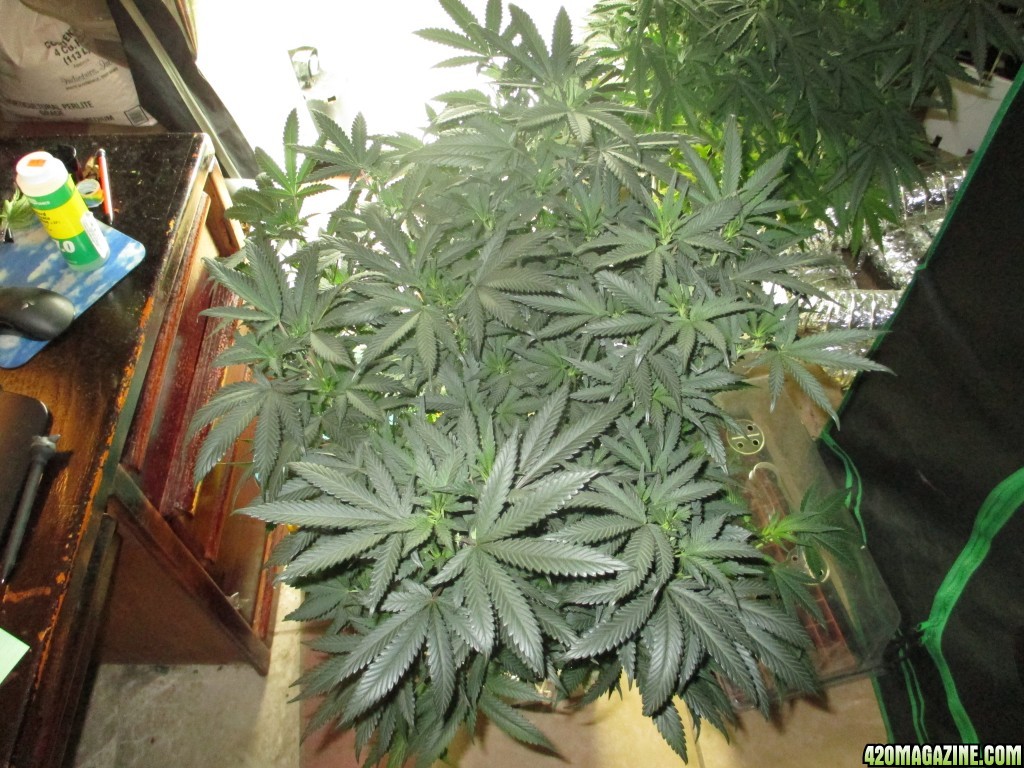 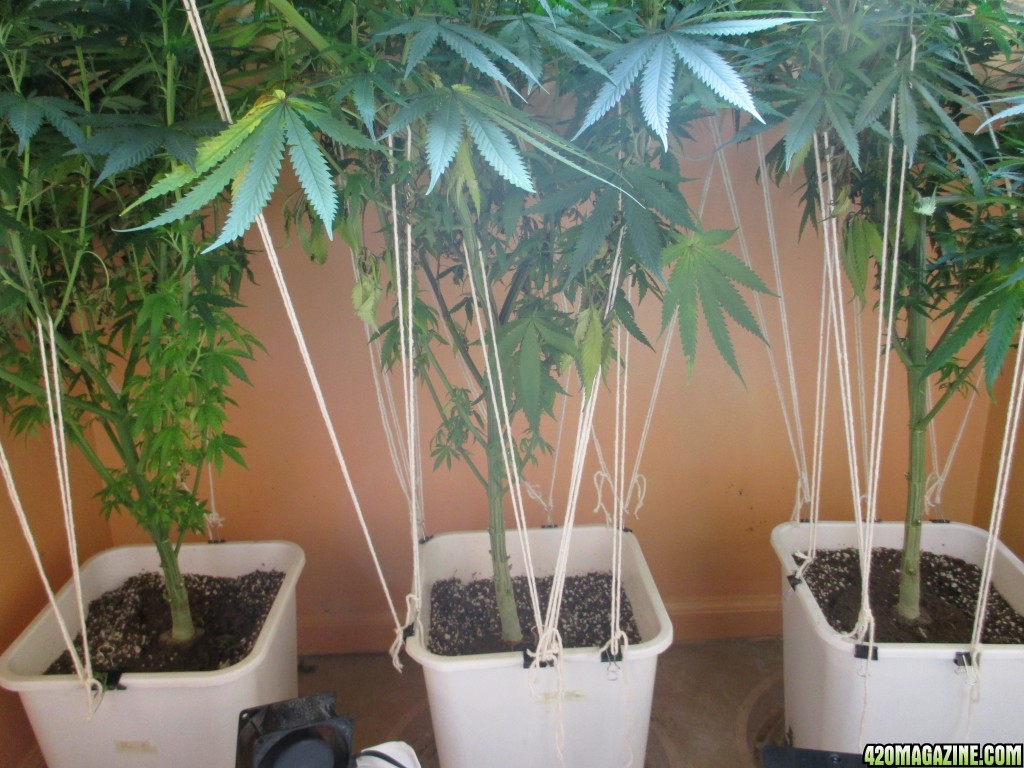 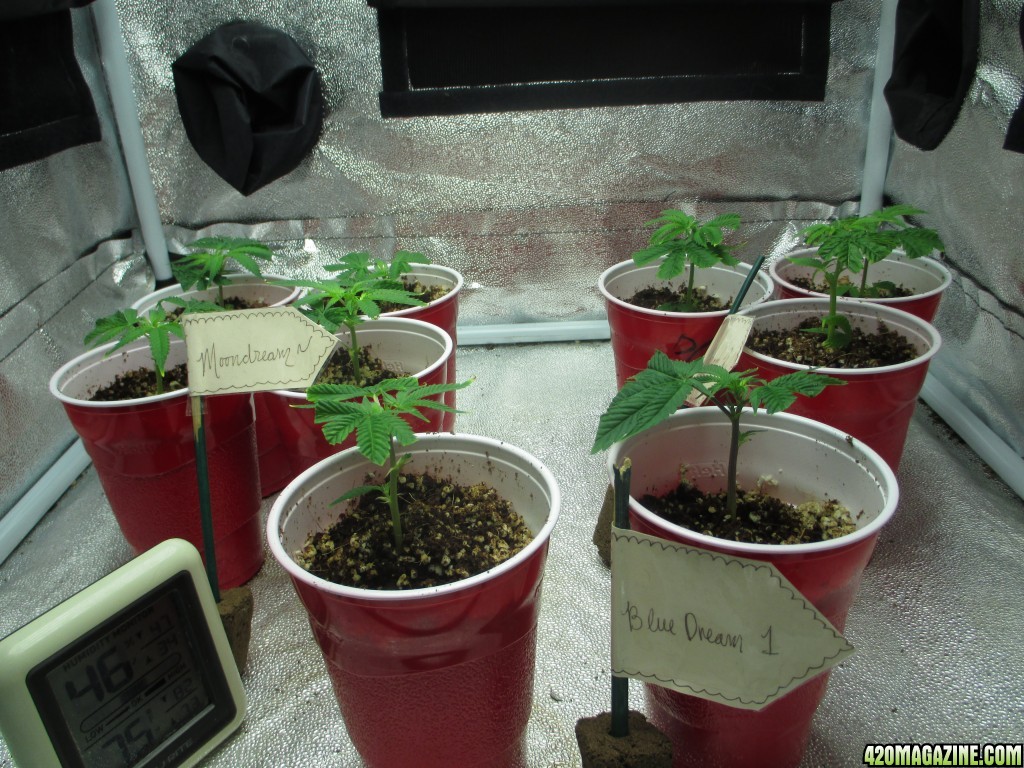 Most of the yellowing on the bottom I think is coming from not enough light since the canopy is not deep, cant wait to tie them down in the 4x4 again and have even more tops!

Haven't been able to get on in a bit. Busy as hell. Lots has been happening.

Pineapple chunks in the 4x4 have already been taken down, dried and are still in their jars curing. I was able to get about 12-13oz total. Was not entirely satisfied with this strain. It was a challenge to grow (super nutrient sensitive, and just sensitive all around), the yield was mediocre(Could have pulled more with a better version on the strain or a new strain all together), and the bud just wasn't as good as iv grown in the past from other strains(the bud itself is pretty darn fluffy). My version of the strain was on the weak side, which sucks cause I was so pumped for it. Second worst strain iv grown but it was a cool experience and I learned alot.

The Blue Dream Hazes have all been doing well. Im into day 37 of flower or so for the 3 mothers and just started the others a week ago and yesterday(2 smaller groups). They are looking dope!

Lots of crystals on 2 of the mothers and the third one (which happens to be the one my cat tore up from its medium back when it was a seedling) is doing well but has a noticeably smaller amount of crystals. Still looks good! See for your self and tell me what you think.

Pineapple Chunk
All these jars were about half the harvest. I had the rest still drying. But like I said super fluff! 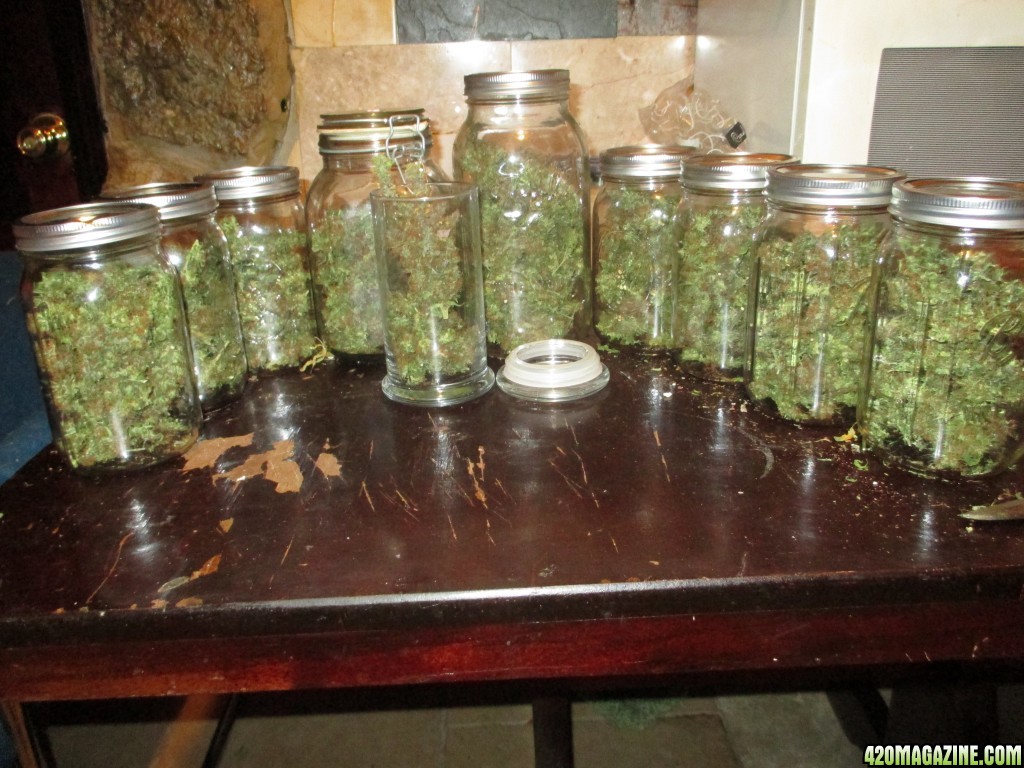 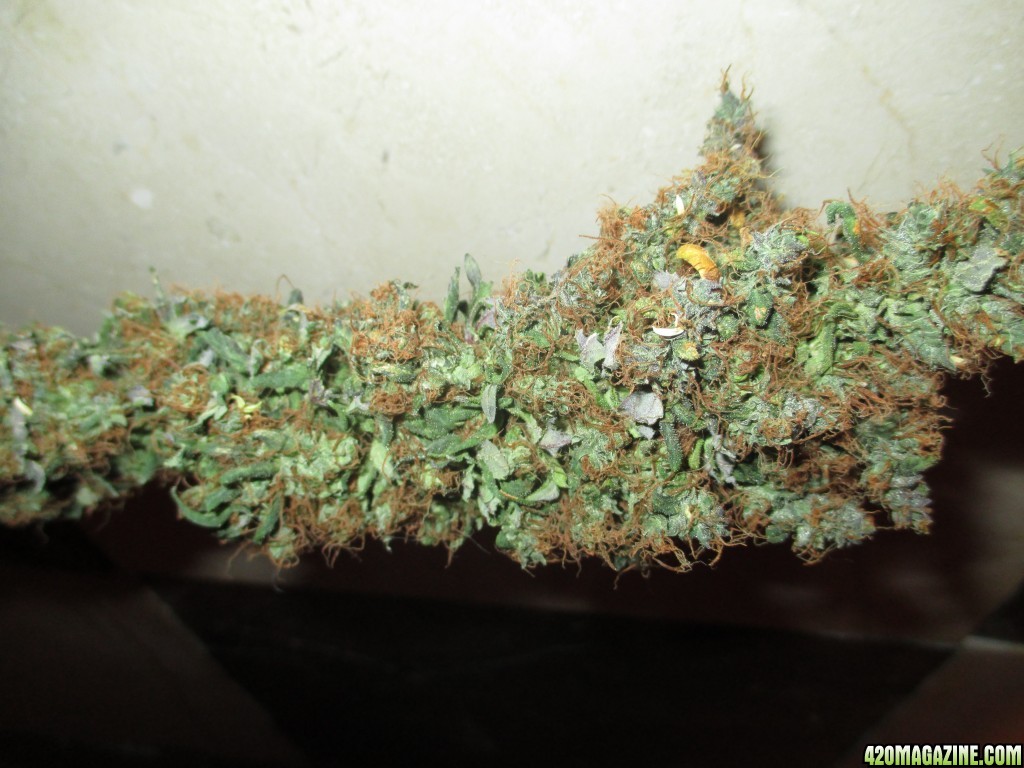 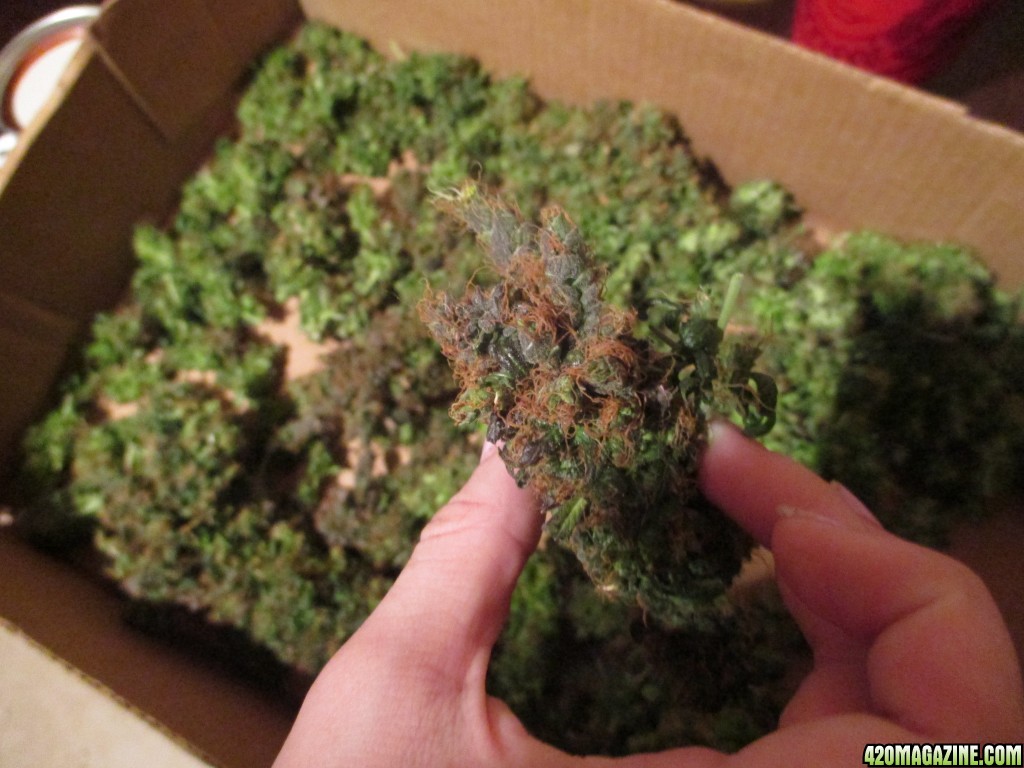 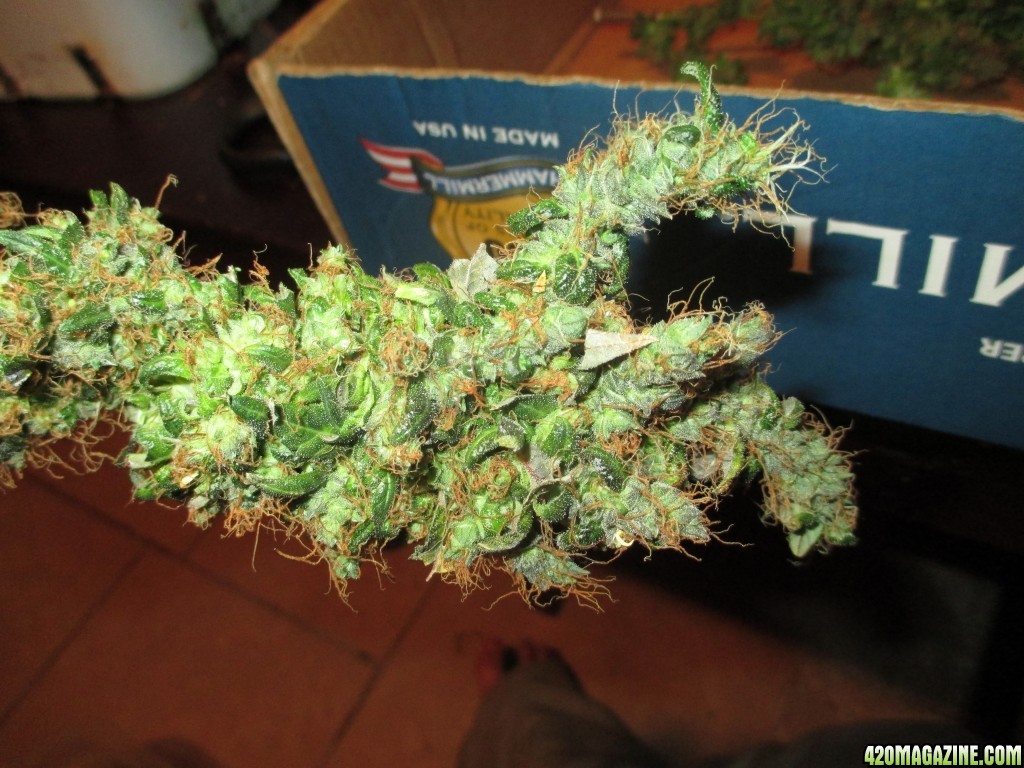 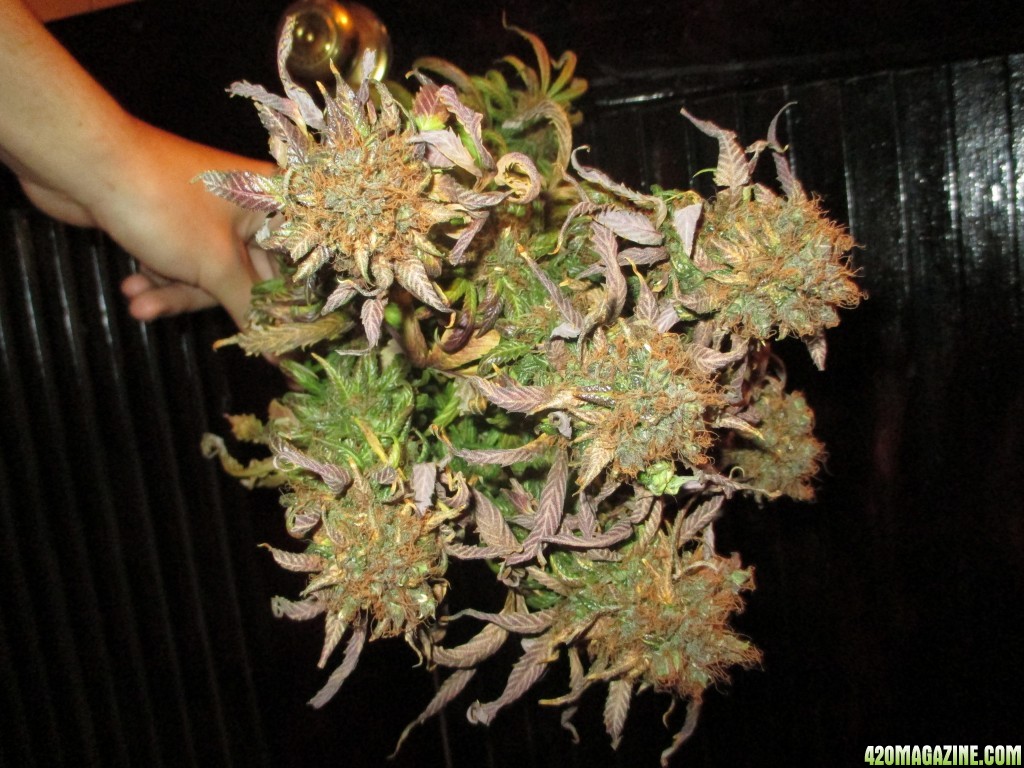 Blue Dream
These are from today. 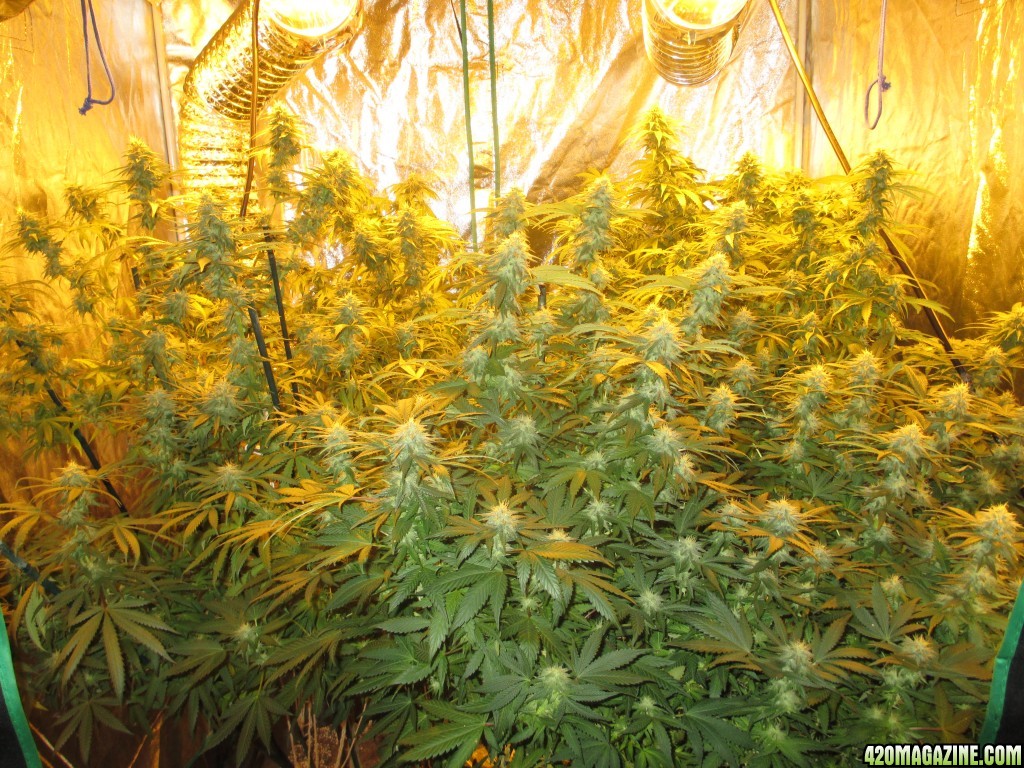 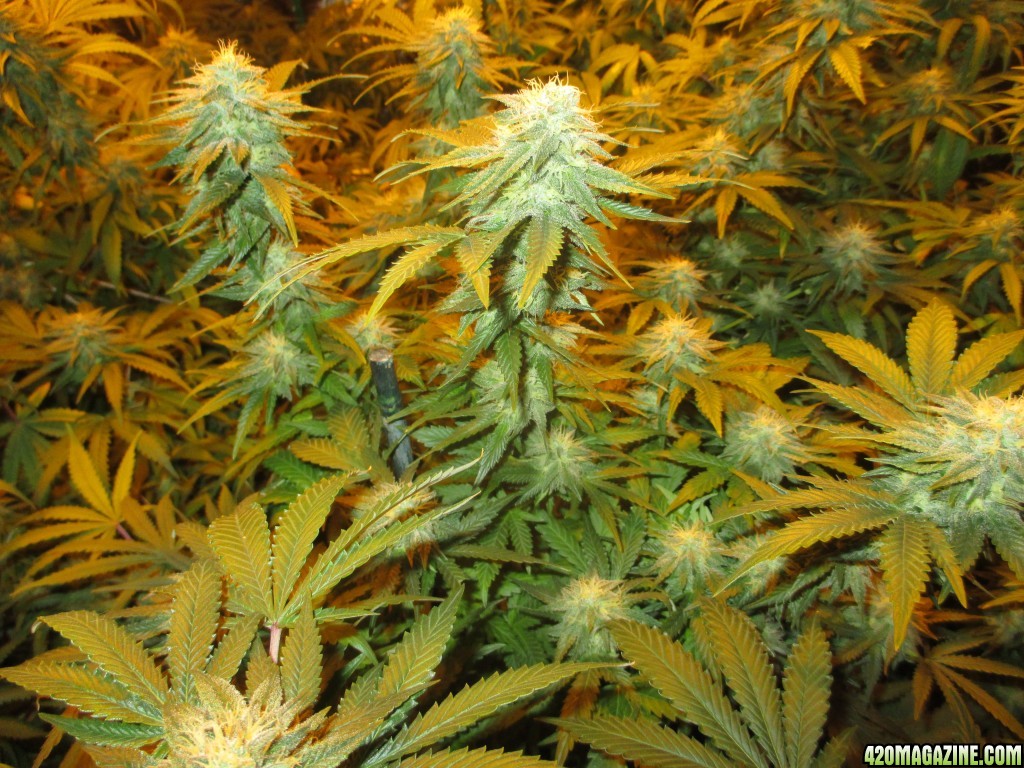 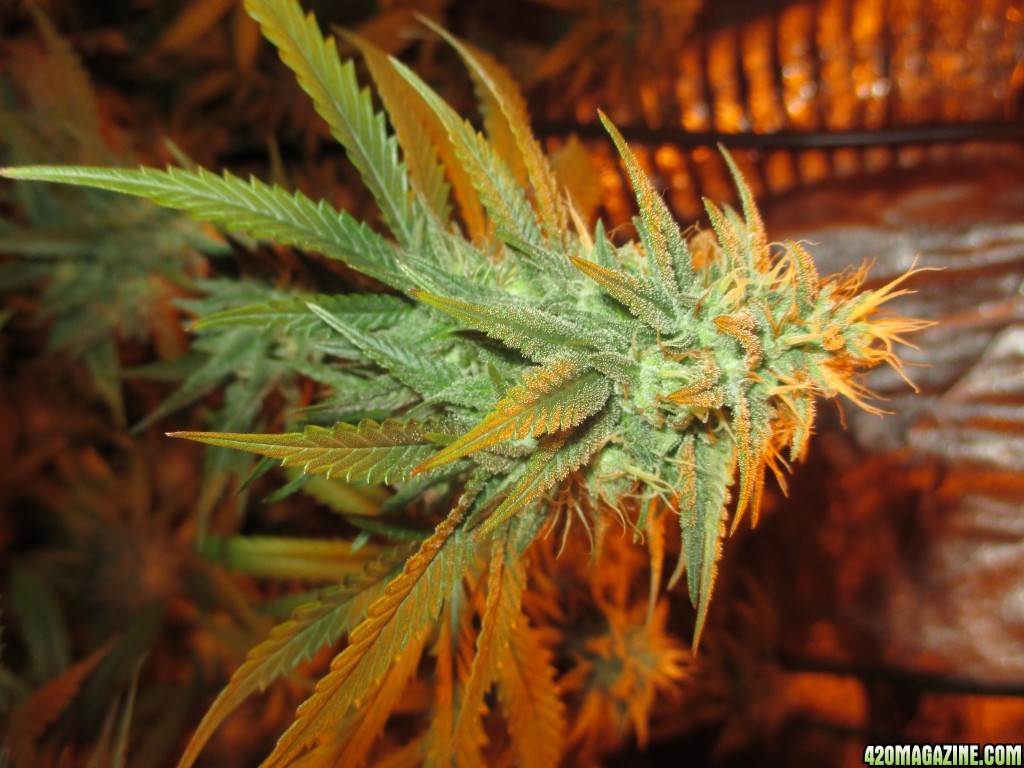 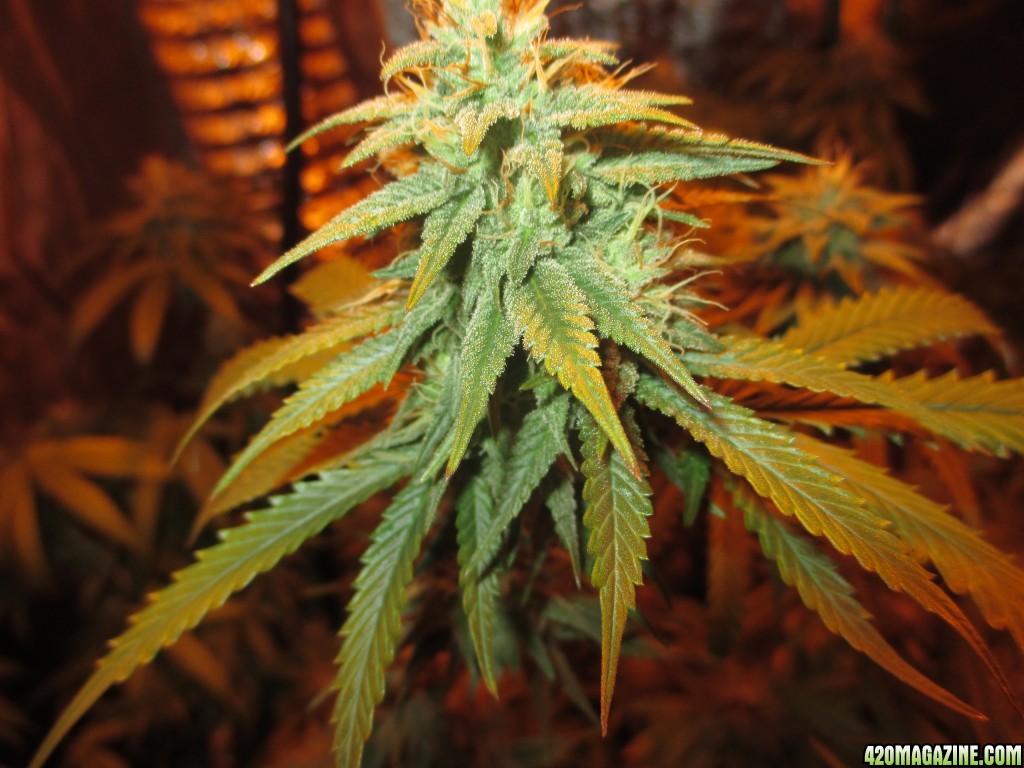 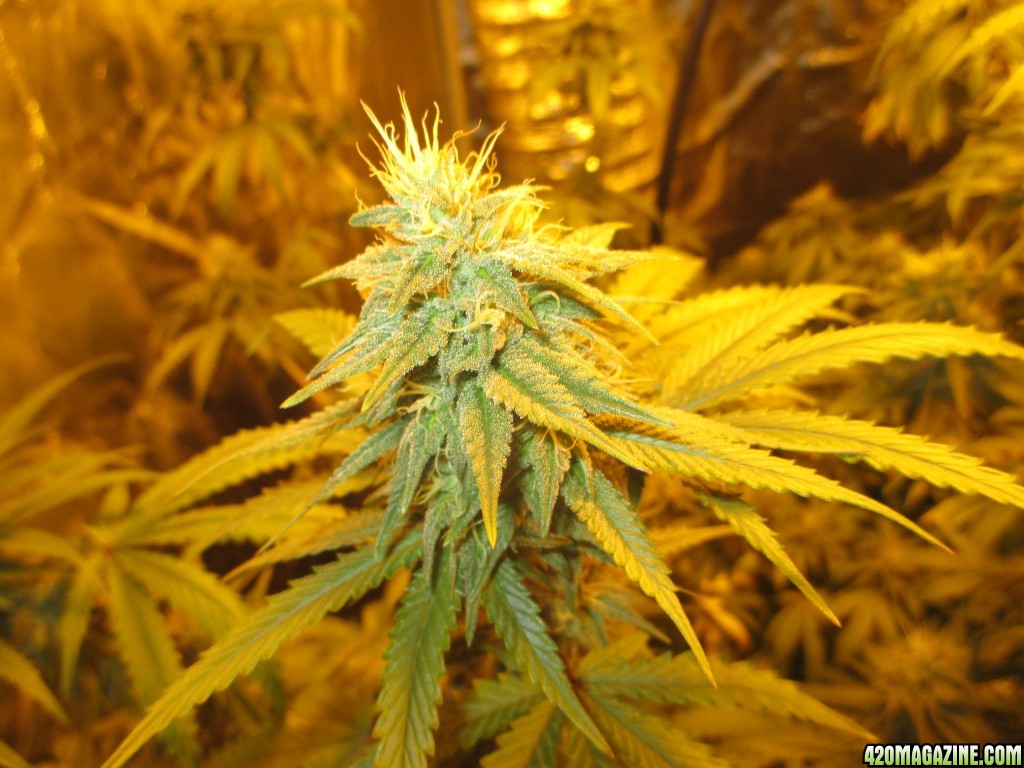 Hows your pineapple chunk strain? Mine was definitely on the weak side.
Yummytrees Pineapple Chunk/Blue Dream Haze/Liberty Haze Grow in Coco/Perlite

Nice to hear from you bud.
Look great, I have had bad experinces w/ barneys farm strains.

I would like to invite you to my new journal
Dusty's winter grow.
Viparspectra XS1500 sponsored test run.
ViparSpectra

Hows your pineapple chunk strain? Mine was definitely on the weak side.
Click to expand...

Please head over to the 420 Strain Reviews forum and post your smoke report there too.

feature found at the bottom left of every post and we'll move it for you right away.