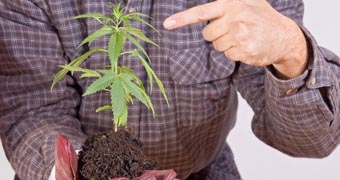 Hemp is one of the world’s oldest crops. It also happens to be one of the most versatile. From plastics to paper, the hemp plant provides the means for humanity to live in harmony with the environment and the ecosystems that support it — without us wanting for anything.

Just to give you an idea how far this plant can take us, here are 15 amazing ways hemp can be a game-changer for planet Earth…

#1) Growing hemp prevents pesticide pollution
Did you know hemp is naturally resistant to pests? Unlike cotton or flax (which are estimated to consume 50% of all pesticides) growing hemp does not require pesticides or herbicides.

When pesticides are sprayed on land, they can easily seep into water sources such as a river, ocean, or pond. If pesticides contaminate a body of water it can harm the living creatures within that water source (fish, frogs, insects, and more) along with anyone ingesting it.

Pesticides have been linked to cancer, birth defects, ADHD, and Alzheimer’s Disease to name a few. So not only are pesticides dangerous for the environment, they are also a hazard to our health.

By integrating hemp, we can significantly reduce our exposure to unnecessary toxins and pollutants.

#2) Hemp helps restores soil fertility
Hemp can grow in a wide variety of terrains and soil types. It forms deep roots helping to hold the soil together. This in turn prevents soil erosion. In fact, hemp also increases the microbial content of the soil. And the incredible benefits don’t end there.

Considering the United States’ recycling rate for plastic is only 23 percent, there is room for improvement to say the least. [Recycling is also a one-time-only deal, meaning plastics are actually down-cycled into other forms of plastic before ultimately reaching landfill — Editor.]

The basic building blocks of plastics are cellulose derived from petroleum. Yet petroleum is highly toxic. Hemp on the other hand happens to be the greatest cellulose producer on earth. It also happens to be biodegradable.

Why not use non-toxic and biodegradable hemp for producing plastics? Instead of stuffing our landfills with toxic chemicals we could reuse and recycle natural products.

#4) The hemp plant absorbs toxic metals
Soil sustains life. The plants that feed, clothe, and house us originate from the earth. Yet we’ve become increasingly detached from this basic human need. Meanwhile, man-made waste has contaminated soil across the globe. Both our planet’s health and our personal health are under duress, and the need for change is imminent.

It has already been proven that hemp can eliminate toxins from the environment. Hemp is so effective at absorbing toxic materials it has even been used for removing nuclear radiation from Fukushima and Chernobyl.

#5) Hemp is an outstanding renewable biofuel
Imagine if there was a non-toxic fuel source that could be domestically produced and was totally renewable. Turns out that material already exists. It’s been on this planet for hundreds and thousands of years.

Hemp converts to biodiesel at a 97 percent efficiency rate. It also burns at a lower temperature than any other type of biofuel. Plus, when burned in a diesel engine, hemp eradicates the exhaust odor of petroleum with the pleasant smell of hemp.

With over 4,000,000 miles of roads in the United States, transitioning to hemp biodiesel could help heal our planet one mile at a time.

#6) Fabrics made from hemp do not contain chemical residue
Did you know the majority of synthetic fibers we use today are manufactured from polymer-based petrochemical materials (AKA highly toxic materials)? Producing these synthetic materials requires an energy-intensive process, burning large amounts of gas, coal, or crude oil. And if that wasn’t enough, this type of manufacturing process releases toxic emissions into the air while also leaving toxic residues within the fibers. Not exactly a pleasant notion.

Yet, this problem can be avoided by switching to hemp. Hemp fibers are easily removed from the plant and can create clothing with zero chemical residue. Hemp is also a highly durable fabric and UV resistant.

#7) Hemp can balance effects of carbon emissions
Industrial hemp has the power to transform the environment. Hemp is unique in that it is one of the few crops capable of balancing human carbon emissions through rapid carbon dioxide uptake. It does this through a process known as carbon sequestration.

When cultivated, hemp actually captures carbon emissions from the atmosphere. Essentially, hemp helps sequester or “trap” carbon from the air into plants. For every ton of hemp produced, 1.63 tons of carbon is removed from the air.

#8) Cultivating hemp prevents deforestation
Deforestation is increasing across the globe at alarming rates. Scientists now believe the rate of deforestation equates to a loss of 48 football fields every minute. Within 100 years, it is estimated there will be no rainforests. Shamefully, the United States has less than 5% of the world’s population but consumes more than one-third of the world’s paper.

But there is hope. Hemp can easily replace trees as the source of raw material for wood and paper. Once acre of hemp can produce as much paper annually as four acres of trees. While trees take years to mature, hemp can be grown and rapidly reproduced within months. Hemp paper is also more durable than paper produced from trees.

In other words, this is a no-brainer – transitioning to hemp could literally save our trees, and ultimately, our planet.

#9) Industrial hemp conserves water
It can take more than 5,000 gallons of water to produce 2.2 pounds of cotton. In fact, cotton is one of the most water-dependent crops around and is quickly depleting our limited freshwater sources.

Meanwhile, hemp requires minimal irrigation in comparison to cotton. A study in the UK comparing cotton production to hemp production found that hemp required 634-898 gallons of water to produce 2.2 pounds of hemp.

Considering hemp is suitable for fiber production, it is clear to see the superior option.

Hemp happens to be an ideal plant for crop rotation. It enriches the soil while also removing toxins. Growing hemp helps keep the soil and air more habitable for years to come.

Corn contains a deep and fibrous root system that penetrates the ground deep below the surface. Over time, these roots can lead to soil compaction during the winter and spring. Soybeans also have a strong root system but do not penetrate below the topsoil. As a result, soil erosion can frequently occur.

However, hemp is capable of repairing damaged soils. In fact, introducing hemp into crop rotations not only adds diversity but can also reverse the effects of soil compact and erosion. Hemp contains deep roots that can reach up to nine feet below the surface. These hearty roots help to break up soil compaction while also increasing nutrient absorption.

#12) Hemp builds stronger and healthier homes
The use of the hemp plant can extend into every aspect of our lives – including our homes. Fiberboards made from a hemp-based composite are stronger and lighter than those made from wood. Not to mention the combination of hemp and lime (hempcrete) results in a soundproofing system and insulation superior to that of concrete.

Hemp homes are also shown to have incredible durability. One hemp home in Japan is estimated to be over 300 years old!

If we’re smart about this, hemp homes will be the future of green living.

#13) Hemp reduces air pollution
Air pollution is not only harmful to human health but can also cause a number of devastating environmental effects. While China is the world’s largest producer of carbon dioxide, the United States is close behind at number 2.

Should we choose to ignore this reality, these problems are likely to increase even further. Meanwhile, hemp can break down pollutants and improve air quality. Hemp can even be used as a paper source, eliminating the need for chlorine bleaching – a direct cause of excess carbon dioxide in the environment.

#14) Hemp grows in almost any environment
Imagine if there was a crop that could be cultivated almost anywhere in the world. In fact, this crop required zero pesticides and could produce over 25,000 products. Better yet, this crop could mature within months and keep producing for years to come. Surprise – that crop is hemp. Hemp is an incredibly durable plant. While hemp thrives in a mild climate and humid atmosphere, it can survive almost anywhere.

From China to Colorado, hemp can grow in a broad range of climate types, which means hemp has the potential to be sourced locally. A source of food, income, and more – hemp farming could change lives for the better. Hemp can also lead to more sustainable farming, which in turn will bolster local economies while having a positive impact on the environment.

#15) Hemp can help curb world hunger
Around 795 million people are undernourished globally. In developing countries (where 92 percent of children live) 30 out of every 100 will experience stunted growth due to a lack of nutrition.

Now, imagine if hemp were in the picture. Not only is hemp inexpensive, it can be grown almost anywhere. In fact, hemp seeds are considered to be one of the most nutritionally dense food sources on this planet. A complete protein – hemp seeds supply the body with amino acids, vitamins, and much more!

In addition, hemp seeds can also produce two vital food products – oil and flour. So not only is hemp nutritionally rich but also versatile.

Cultivating hemp as a staple crop could change people’s lives for the better worldwide, especially if you consider the vast number of people that could not only be fed but also nourished by this superfood.

It’s Time We Return to Our Roots.
Humankind have been cultivating hemp for thousands of years. Some anthropologists even believe hemp was the first agricultural crop domesticated by humans over twelve thousand years ago.

It is time we return to our roots.

Switching to hemp products may not solve all of the world’s problems but it is a start. Hemp has the potential to leave a cleaner and greener planet for future generations. So what are we waiting for? It is high time to let the hemp shine once and for all. 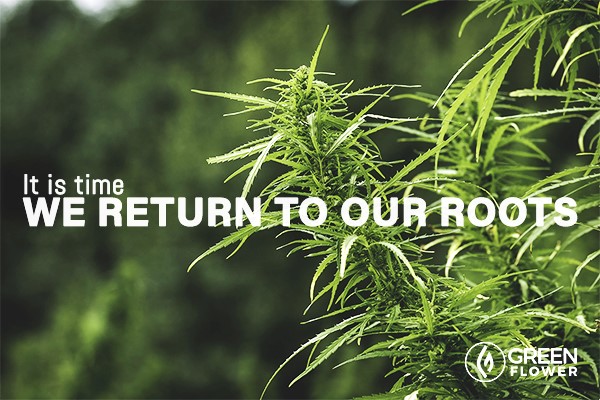