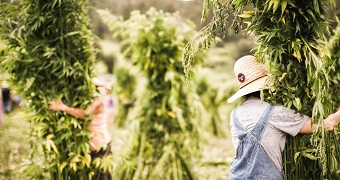 The passing of Amendment 64 in 2012, which legalized hemp and marijuana in Colorado, brought hemp growers and entrepreneurs out of the shadows — where they may have already been experimenting with growing hemp — and into the experimental phase of growing industrial hemp in the state.

Rep. Jared Polis, D-Colo., who has been at the forefront of hemp and marijuana legislation in Colorado, hosted the second annual hemp symposium Tuesday at the Loveland Rocky Mountain Center for Innovation and Design, to bring together like-minded people already experimenting with the crop and those interested in pursuing a career in industrial hemp.

Three panels talked about innovation and entrepreneurship, federal and state legislation and important developments in research.

The companies on the panel grow various strains of hemp for use in textiles, soaps, food, plastics, medicine and more.

“Colorado, we’re doing it. We’re making it happen,” said Ed Lehrburger with PureVision Technology as he talked about the innovations happening in industrial hemp. “A lot of growers, a lot of entrepreneurs, a lot of business people, a lot of speculators are here and we’re trying to prove that we can do it. We were one of the first states to legalize it and there are challenges with the way Colorado is rolling this out versus Kentucky.”

People such as Bill Althouse with CannaTech explored the endocannabinoid system well before he could grow it in the state, where he learned about the health benefits of hemp.

Morris Beegle in Loveland started the Colorado Hemp Co. with his partner Elizabeth Knight, immediately after the amendment was passed.

David Bonvillian with Elite Botanicals went on “the warpath” to learn about CBD or cannabinoid genetics, and grow as much as he could.

Rick Trojan with Moonrise Extracts has 300 acres in eastern Colorado where they grow 28 different “cultivares” and are preparing for large scale extraction of CBD.

The panelists at the Tuesday afternoon sessions agreed that hemp is misunderstood by lawmakers and local authorities. Hemp cannot be smoked or used as a narcotic since the THC level is 0.3 percent while marijuana can have anywhere from five to 30 percent THC.

“We have some things to work out legally, which can be done in Washington,” Lehrburger said. He said there are gray areas for growers, producers and sellers, which vary from city to city and state to state that have legalized the crop, since hemp is still under the “Controlled Substances Act” at the federal level.

Polis said this opportunities for Americans to grow industrial hemp has been a long time coming.

“It’s been an opportunity that Americans have been locked out of for far too long,” he said during the panel on hemp legislation. “We’re tearing down those barriers but it’s a slow process.”

He said farmers still carry a burden for adequate testing and recertification and a certified seed to be introduced in the next couple of years will alleviate that since farmers will be able to buy the seed and plant it without hassle by the government.

Certified seed production will begin in five regions within a year, said Duane Sinning with the Colorado Department of Agriculture.

“In January, I worked on a bipartisan bill on the Industrial Hemp Farming Act that would clarify the legal status of industrial hemp,” Polis said. “It should never have been swept up in the Controlled Substances Act.”

Samantha Walsh, a hemp lobbyist with the National Hemp Association, said she wants the issue to become an election year issue.

“This touches on all sectors that voters care about; job creation, technology, innovation,” she said. “It’s about people not being criminalized for growing something that shouldn’t be criminal.”

“People still think you can smoke your (hemp) shirt and get stoned,” Trojan said. “But that’s just not the case. It can do a lot of things for yourself and the earth. Get educated about it.” 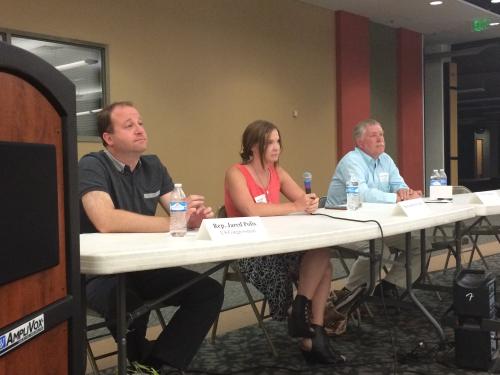 The Politics Of Hemp

Hemp To Overtake Tobacco In Kentucky