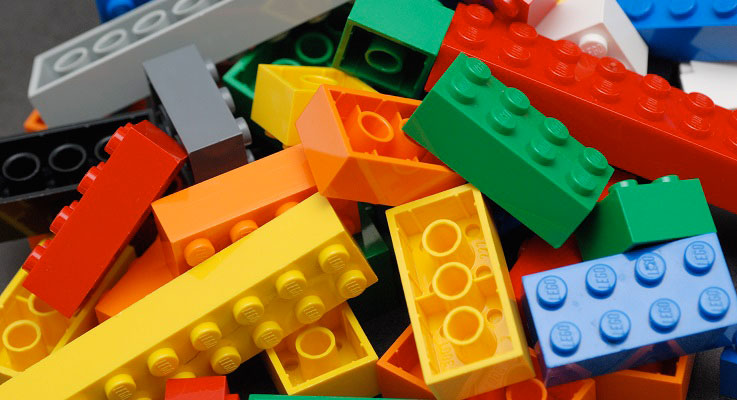 LEGO is looking for a sustainable alternative to petroleum-based plastic. Hemp might be the answer.

LEGO wants to switch the material it uses to make its trademark toy bricks beloved by children around the world. The company currently uses plastic resin (Acrylonitrile Butadiene Styrene), but by 2030 it wants to be using a more environmentally conscious and cost-effective material, according to a Plastics News report.

LEGO senior project manager Allan Rasmussen told Plastics News that the new material must be able to form bricks that are indistinguishable from current plastic-made bricks.

Hemp is a cannabis plant, a cousin to marijuana, that’s grown with very low THC levels and used primarily for its fiber and seeds. Hemp can be also be processed into a biodegradable plastic material that’s stronger than fiberglass.

Henry Ford himself used hemp plastics to construct car doors and fenders in 1941. Ford is recorded on video using a sledgehammer to demonstrate the superior strength of his hemp-made cars to steel-bodied cars, as reported by Hemp.com.

Petroleum cellulose acts as the basic building block for the majority of plastics used around the world today. But plastics can actually be made from the cellulose of numerous organic compounds, including plants like hemp.

Hemp actually makes an ideal base material for manufacturing plastic because of its high cellulose content, which ranges between 70-85 percent, according to Hemp Plastics.

Hemp offers a cost-efficient and biodegradable plastic material, not like petroleum-based plastics. A standard petroleum-plastic water bottle is estimated to take 450-1000 years to biodegrade.

Cannabis prohibition more or less erased hemp’s industrial potential for generations, but policy reforms across the world are slowly starting to change that.

An Australian company named Zeoform has been working to advance biodegradable hemp technologies in recent years, and now the company boasts a new type of super-sturdy plastic made entirely from hemp, as reported by Leaf Science.

The material can be injection or blown-molded into countless products ranging from buttons to drinking straws, home furniture, frisbees, even toy building blocks.

LEGO uses more than 6,000 tons of petroleum plastic to make its bricks every year; and it’s been making them since 1960, according to Plastics News. That’s a lot of toxic, nonbiodegradable material.

Hemp might just be the cost effective, environmentally sustainable alternative material that LEGO is looking for.

And because hemp is not a primary food crop, LEGO wouldn’t be criticized of using food to make toys, which has been a concern.