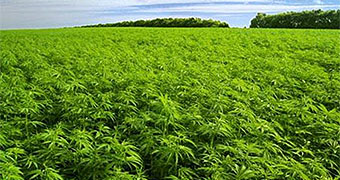 As a week-long agenda of sensitisation and awareness commences, the Guyana Hemp Association (GHA) is pressing on with its mission to legally explore the economic benefits of the usage of hemp, an industrial strain of cannabis.The GHA has been advocating the use and development of an industry for the plants and this week it is hosting public meetings across the country, including at the University of Guyana, communities on the East Bank of Demerara, Linden and New Amsterdam as well as parts of the capital city.

At a public forum on Sunday morning at the Girl Guides Pavilion on Brickdam, Dr Turhane Doerga of the Neurvana Group said that Guyanese are survivors and he noted the Constitution of Guyana brings out the fundamental principles for development in that regard, including in the agriculture sector.

He spoke of the possible enhancement of various aspects of the agriculture sector here. Doerga said Guyana has been harping on the traditional crops of rice and sugar, the latter which he noted remains in trouble since that industry was not privatised.

He said that the rice industry can be developed more and enhanced based on performance over the years.
“We have rice and we have sugar,” he said, noting that the rice market was revived when that industry became privatised under the Desmond Hoyte administration.

He said that sugar can be a success if the authorities fix the management and marketing problem which affects that industry.

Doerga noted that another crop which can be developed is cassava, which can be enhanced and packaged in several varieties. He said that the staple can be converted into flour and starch and sold.

“In the Far East we have found out it can be eaten in your metemgee,” he added, noting that it can be packaged and sold in packets for dinner in Europe.

Shine Rice, another popular Guyanese food is also another commodity which can be marketed as he pointed to neighbouring Suriname which packages and exports other foods such as “black-pudding” and roti.

“You can go to Rossignol and buy frozen roti,” he said, noting Suriname produces 110 roti per minute using machines.

He said that education of farmers is an issue which is evolving globally and locally, noting that the farmers cannot be fooled anymore thanks to technology.

“We have to treat people with respect,” he said.

He said that while people say hemp is an 8000-year-old crop which is now being revitalised it has had historical use over the years. He said paper used in the first years of world development including the writing of the United States Constitution, utilised hemp. Canvas which is used by artist is made from hemp.

According to Doerga, hemp is a product which is utilised in the creation of biodegradable plastics, such as dashboards of some of world most popular automobiles. “That is why it suddenly became more main stream,” he added.

He said Guyana can look at the Hinterland communities regarding the plant’s cultivation noting that it is a learning process which can be adopted quickly.

He said that approval of hemp seeds have already been in train and they are being procured from Holland.

“This is an industry unlike cassava, rice and so forth which is much more manageable,” he said, noting its cultivation can sustain many small communities.

Hemp has many uses, including being used as food, in making body oils, medicine, fuel, plastics and paper among others.

Doerga noted during a forum last December that during the planting process, the drug has to be monitored throughout its growth, to ensure its potency was equivalent to the legal limits.

The issue of legalisation of cannabis has been a topical one throughout the Caribbean. Last year, Jamaica relaxed its laws regarding cannabis. On February 25 this year, the Jamaican House of Representatives passed a law decriminalising possession of up to two ounces of cannabis.

The new law includes provisions legalising the cultivation for personal use of up to five plants, as well as setting up regulations for the cultivation and distribution of cannabis for medical, religious purposes and natural growth. 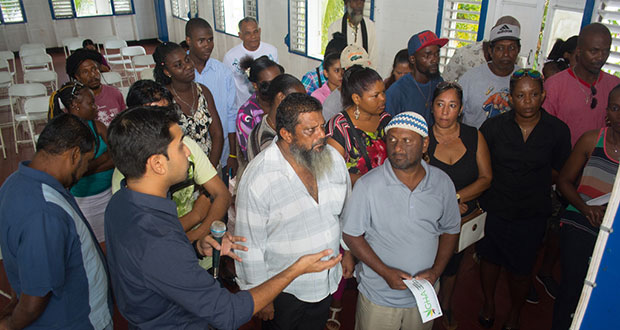 In A Bid To Seize The Hemp Lead, Colorado Is Set...