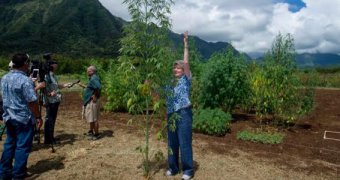 Honolulu, Hawaii – Bills introduced in the Hawaii legislature would legalize industrial hemp production in the state, setting the stage to nullify federal prohibition of the plant in practice.

A coalition of five Democrat senators introduced Senate Bill 163 (SB163) on Jan. 20. The legislation would remove industrial hemp from the state’s list of controlled substances and specifically exclude the growing, possession, processing and the sale of industrial hemp from civil and criminal penalties.

No person shall be subject to any civil or criminal sanctions in this State for planting, growing, harvesting, possessing, processing, selling, or buying industrial hemp, as defined in section 712-1240.

Passage of SB163 would open the door for a full-scale commercial hemp market in the state by treating it as any other crop for farming.

SB163 would not require any license to grow hemp, and it would create no state regulatory structure. This would have a similar effect as a bill passed in Connecticut in 2015. In short, the state would treat industrial hemp like other plants, such as tomatoes. By ending state prohibition, residents in Hawaii would have an open door to start industrial hemp farming should they be willing to risk violating ongoing federal prohibition.

A companion bill (HB773) has been filed in the Hawaii House.

A second bill introduced in the Hawaii Senate would also legalize hemp production. Senate Bill 1052 (SB1052) would expand the state’s existing hemp pilot program. Currently, the state licenses hemp growers in the state for research purposes only. SB1052 would require the state to license growers for commercial purposes as well.

Passage of SB1052 would have a similar practical effect as SB163, but it would establish a state licensing program to regulate the state’s hemp industry.

…allows State Agriculture Departments, colleges and universities to grow hemp, defined as the non-drug oil-seed and fiber varieties of Cannabis, for academic or agricultural research purposes, but it applies only to states where industrial hemp farming is already legal under state law.

In short, current federal law authorizes the farming of hemp – by research institutions only, for research only. Farming for commercial purposes by individuals and businesses remains prohibited. All three Hawaii bills simply ignore federal prohibition and authorize commercial farming and production in the state anyway.

By rejecting any need for federal approval, state legalization of hemp sets the stage to nullify the federal hemp ban in practice. Hawaii could join other states – including Colorado, Oregon, Maine, Vermont, Massachusetts, California and others – that have simply ignored federal prohibition and legalized industrial hemp production within their state borders.

While prospective hemp growers still have to take federal law into consideration, by eliminating the state requirement for federal permission, these laws clear away a major obstacle to widespread commercial hemp farming within the borders of the state. As more states simply ignore federal prohibition, the likelihood of federal enforcement diminishes.

Farmers in SE Colorado started harvesting the plant in 2013, and farmers in Vermont began harvesting in 2014, effectively nullifying federal restrictions on such agricultural activities. On Feb. 2 of 2015, the Oregon hemp industry officially opened for business and one week later, the first license went to a small non-profit group. As more people engage in hemp production and the market grows within these states, more people will become emboldened creating an exponential wave, ultimately nullifying the federal ban in effect.

According to a 2005 Congressional Research Service report, the U.S. is the only developed nation that hasn’t developed an industrial hemp crop for economic purposes.

Experts suggest that the U.S. market for hemp is around $600 million per year. They count as many as 25,000 uses for industrial hemp, including food, cosmetics, plastics and bio-fuel. The U.S. is currently the world’s #1 importer of hemp fiber for various products, with China and Canada acting as the top two exporters in the world.

During World War II, the United States military relied heavily on hemp products, which resulted in the famous campaign and government-produced film, “Hemp for Victory!”.

These Hawaii bills would represent an essential first step toward hemp freedom in the Aloha State. 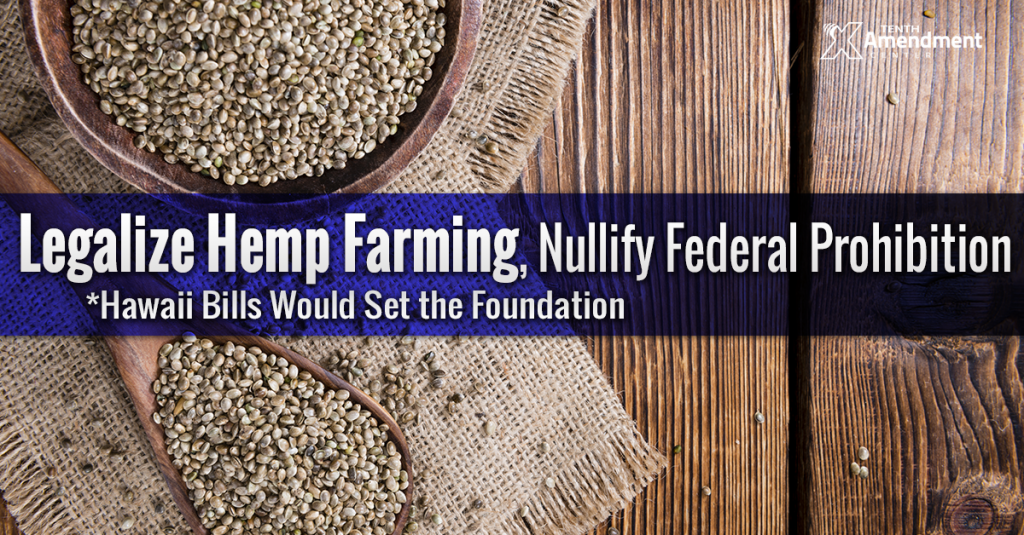 Legal Hemp Generates Astonishing Revenues – So Why Is The...