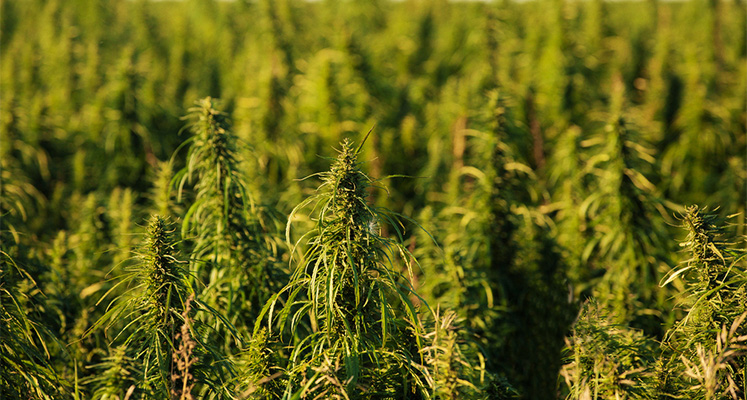 Rob Jungmann wants to see everyone in a hemp t-shirt by 2020. That’s the tagline for his hemp-loving company Jungmaven. The conservationist and entrepreneur wants to convince Americans that hemp should be in their wardrobes as much as cotton.

And his campaign comes at the right time.

In July, Congress will consider a bill to legalize industrial farming of hemp in the US. Although Betsy Ross sewed the first American flag with hemp fibers and George Washington grew hemp at Mount Vernon, the fibrous plant, often confused with marijuana, became illegal during the Prohibition era, as politicians tried to regulate pharmaceuticals.

Marijuana and hemp both come from the same species of plant, Cannabis sativa. Once it was discovered the plant’s flowers can can have psychoactive effects, cultivators began growing separate strains of the plant – one normal variety, and one whose flowers contained higher levels of the cannabinoid tetrahydrocannabinol (THC), leading to tighter regulation.

Today, 30 countries around the world allow farmers to grow industrial hemp, China being the largest producer and exporter. Canada, which produces hemp for food and toiletries, legalized the crop in 1996. The US, on the other hand, has restricted hemp production and categorized hemp in Schedule 1 of the Controlled Substances Act, attributing it as a relative of marijuana.

Jungman refers to this period – from Prohibition to 2014, when hemp was completely outlawed “as a dark time in US political history”. That, however, is changing.

As of March 2016, more than half of the 50 states have laws that allow for some hemp production, according to this chart. Yet, many states, such as California, where Jungmaven is based, will only allow for industrial hemp cultivation when federal law coincides with state law. That is, when Congress passes a bill permitting industrial hemp across the US. Currently, Jungmann imports his hemp from China, but he’s confident Congress will pass the bill legalizing industrial farming of hemp in July.

The Agricultural Act of 2014, or more commonly known as the Farm Bill, did open a few doors: namely, allowing states to experiment with hemp for research purposes. Plus it defined industrial hemp as having less than 0.3% of THC, compared to marijuana, which has 10-30%.

Still, hemp is different from other crops such as cotton, wheat, and soy because farmers are required to get approval from the Drug Enforcement Agency (DEA) before they sow the seeds. No other agricultural product has that stipulation to overcome.

In a new short film produced by Patagonia, Harvesting Liberty, Michael Lewis, a veteran and hemp grower in Kentucky, shares his encounter with the DEA. In 2014, after the passage of the Farm Bill, Lewis was keen to plant hemp in Kentucky. “[But] the DEA didn’t agree that we had a right to plant the crop. They said they would arrest us,” he says in the film. The matter ended up in the Louisville court, where a judge sided with the farmers. “[We] took our seeds up, got them registered and certified, and threw them into the ground before anyone could change their mind,” Lewis says.

Lewis is the director of Growing Warriors, a project devoted to helping the country’s veterans find livelihoods in sustainable agriculture. Hemp is one of their flagship products; in fact, in 2014, Growing Warriors was the first group of private citizens to grow hemp on US soil in 70 years.

“When you think about the type of industry that typically takes place in central Appalachia, you’re looking at coal and manufacturing,” Lewis says. “And those are very extractive industries. They pull things out without giving back. Industrial hemp is a more community building industry.”

Hemp allows farmers to build a livelihood from a crop that’s both good for the environment and the growers themselves. Hemp puts back nitrogen into the soil. Cotton, on the other hand, can deplete the land’s nutrients, especially if not rotated with other crops. Unlike cotton which produces shorter fibers, hemp, though brittle when dry, thrives when it’s wet, explains Derek Thomas, co-founder of Hemp Blue, a LA-based startup producing hemp-based jeans, jackets, and shirts. The long, wet fibers don’t break, but actually grow in strength, he says. Hemp’s longer, wet fibers have greater durability than cotton, which has short fibers that need to be spun and woven.

Plus, hemp takes less water and produces more plants per acre, adds Jungmann, which is why he’s an advocate of hemp in California, where cotton farming has historically flourished. Due to the drought, cotton farmers have been struggling to maintain yields. Jungmann sees hemp as a solution for California’s parched soil.

However, even if federal regulations allow California to grow industrial hemp in abundance, there’s still another massive challenge facing the hemp fiber industry in the US – infrastructure.

“Hemp is significantly more expensive than cotton,” says Thomas. “That’s largely because the hemp supply chain is encumbered with setbacks. We just don’t have the machinery here in the US to produce the hemp textiles.”

People like Rebecca Burgess want to change that. As the founder of the Fibershed Project, she specializes in connecting farmers to weavers and designers to produce regional fabrics.

Fibershed has connected Lewis to sheep farms that help him blend hemp and wool together to produce a soft, viable textile that can then be taken straight to designers. The aim of the project is to “inspire economic development for regionally produced cloth,” says Burgess.

Lewis has even built his own machine to process the hemp. Using a Patagonia grant, he created a piece of equipment called a “break”, which incorporates design details borrowed from early European flax roller breaks. Lewis’s invention is a one-of-a-kind machine. It works by separating the hemp’s woody core from the fibers which are used in textiles. According to Lewis, the highest quantity of finished hemp fiber processed in a day using the machine is around 60lbs – which means about 600lbs of raw material. A newer version of the break, which Lewis is currently working on, will have a capacity to produce about 2000lbs per day of raw material.

Jungmann and Thomas aren’t the only ones relying on China for their hemp supply. Today, Patagonia carries about two dozen products in hemp. Most are mixed with other materials, namely organic cotton. Jill Dumain, director of environmental strategy at Patagonia, developed the first hemp supply chain for the outdoor brand in the 1990s. She recalls trying to find suppliers of hemp fabrics in the US and getting frustrated because most of these suppliers were more interested in legalizing marijuana, rather than industrial hemp for fashion. When she requested cost estimates for fabric, she would get price sheets for puny quantities: five to 10 yards.

Recycling nylon is good for the planet – so why don’t more companies do it?
Read more
“That clearly was not going to cut it,” she says. “I was looking to buy 10,000 or 20,000 yards of fabric and Patagonia wasn’t interested in the legalizing marijuana debate. As a result, I ended up going to China.”

Dumain says Patagonia is finally rallying behind the industrial hemp movement in the US because the time is right.

“The US has not had a modern textile industry in hemp or even linen,” she says. “To do the work in the US is a long road because we have to develop the entire industry: from growing it to processing it to weaving it into a finished fabric. But now there are people that we can partner with.”

These include entrepreneurs like Jungmann, Thomas, Burgess and Lewis. “But things really change when the purchasing power of America gets behind it,” Thomas says. “And that’s what has to happen with hemp. That’s why I started this company – to give people the option of buying a pair of hemp jeans.” 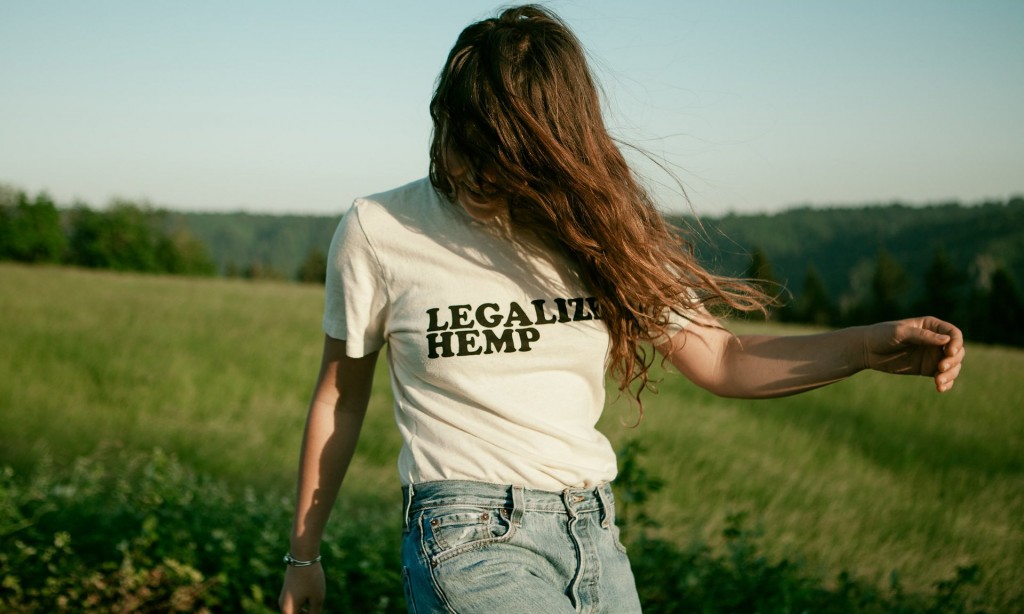