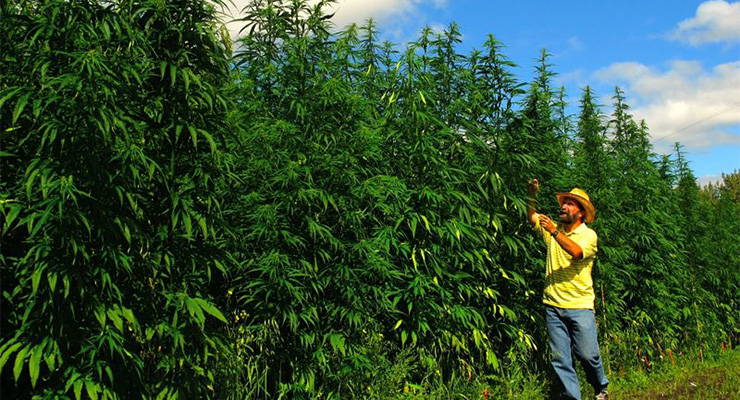 As America continues to loosen its strict stance on marijuana laws, hemp is making a comeback. You’ve probably seen hemp products at any of the various hippie-friendly shops and bazaars. But the plant’s usefulness extends beyond crafts, jewelry and stoner supplies.

West Virginia is investigating hemp for agricultural sustainability, including its potential as a soil-cleaning agent and its commercial benefits. West Virginia University will conduct the study after 70 years of prohibition. In 1957, the U.S. government banned the production of hemp, in large part because it’s similar to marijuana. But hemp contains far less of the psychoactive compound, THC (tetrahydrocannabinol), found in marijuana.

In 2014, U.S. President Barack Obama signed the Farm Bill, which made it legal for state departments of agriculture and universities to grow industrial hemp for research purposes or pilot programs. At least 28 states now allow cultivation of hemp, with caveats.

Agri Carb Electric Corp. will head up the study for West Virginia University. Agri Carb is an energy company seeking to “create better infrastructure for farmers who produce sustainable agricultural materials like hemp.”

“There are a lot of contaminated brownfields throughout West Virginia that people find too expensive to clean up. We can be a complement to the state’s coal and gas industries by using a hemp cash-crop to revitalize spoiled lands. This research should interest every post-industrial community in West Virginia to invest (with grants) and monetize what is now considered worthless.”

Can hemp really clean up contaminated fields? The Industrial Hemp Farming Act would make it legal for farmers to cultivate industrial hemp. This could see hemp becoming a major American agricultural product again. This prompts the bigger question: Will hemp’s sustainability disrupt industries that thrive on things like plastics and construction materials for their survival?

Through phytoremediation, hemp can basically leach pollutants from the soil and concentrate the toxins in plant cells. The plant goes unharmed, and the soil is cleaned. This is the process by which West Virginia seeks to rehabilitate “brownfields” and put them to some agricultural use.

But would phytoremediation simply give coal and gas industries a license to continue polluting, because hemp can come in and clean up after them? If the Industrial Hemp Farming Act passes, it may actually spell trouble for these industries. That’s because of hemp’s potential as a fuel source.

You can make hemp seed oil into biodiesel, and you can use fermented hemp stalks to make ethanol and methanol. Biodiesel has passed EPA tests as clean-burning fuel. It’s 11 percent oxygen by weight, contains no sulfur, and extends the life of diesel engines because it acts as a lubricant. Biodiesel can run in regular diesel engines – which would save fleets money, since they wouldn’t have to replace existing trucks.

Unfortunately, biodiesel isn’t compatible with most new diesel engines due to manufacturers’ response to standards set by the EPA and the California Air Resources Board. But hemp diesel could be used in the old engines. And it wouldn’t take a lot to mandate new production of compatible engines that could replace gas engines. And hemp can replace coal.

Of course this would shift the balance of capital away from entrenched traditional fuel interests. Already, the coal industry is collapsing. The largest private coal company, Peabody Energy, declared bankruptcy in April, and Obama halted coal mining on federal lands at the start of this year. In terms of producing electricity, wind and solar are two of the most popular clean-energy sources on the table. Hemp could step in as a reliable source. It grows like a weed, and there’s plenty of land for it.

Furthermore, hemp’s versatility could disrupt the timber industry: No more logging in fragile ecosystems, such as rainforests.

Hemp could disrupt the myriad industries that produce and use plastics. You can make a car out of hemp. Imagine a hemp car with an engine running on clean-burning biofuel.

As far as the paper industry goes, hemp could create a durable and recyclable paper that requires less bleach and chemicals, because hemp’s coloring is naturally lighter.

Hemp also contains CBD (cannabidiol), which has a wide variety of medical applications, including treating Dravet syndrome and epilepsy.

Hemp may have been made illegal in the first place because of capitalism and industry. One thing is clear: in the years leading up to the hemp ban, we viewed hemp as a threat, instead of integrating the plant with the number of industries where we can use it. Now, as climate change bears down, industrial hemp could rise up as a sustainability superstar. 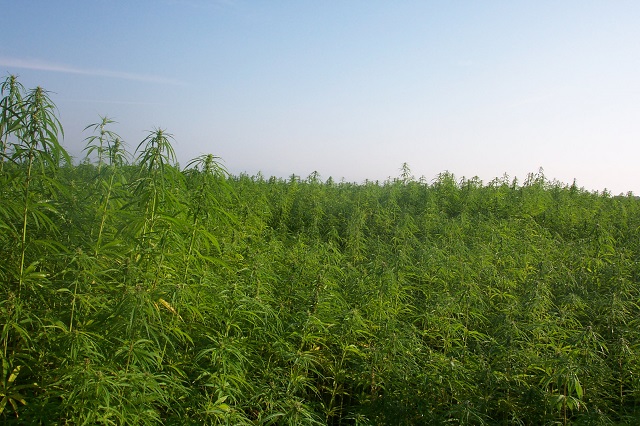