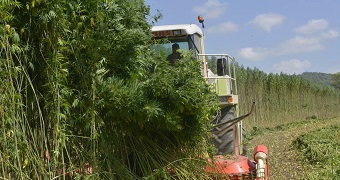 The newly legal hemp industry is entering its second growing season with some big questions for producers experimenting with marijuana’s non-intoxicating cousin.

The federal government has allowed limited imports of hemp seed – in Colorado’s case, this month – for research and development purposes. Companies trying to create a U.S. hemp industry are seeking investors not only for unproven products but for a plant that is still classified under the federal Controlled Substances Act with marijuana and thus cannot be patented.

As a result, it’s too soon to tell whether hemp will become a boon for farmers or stay in mostly boutique products that use imported hemp.

At least 22 states allow hemp cultivation, according to the National Conference of State Legislatures, though most are limited to experimental testing, not commercial industry. Officials with the U.S. Department of Agriculture say they’re not sure how many states are growing hemp or how much is being produced.

A biomass factory about an hour’s drive north of Denver is processing hemp into pulp, sugars and lignin. PureVision Technology CEO Ed Lehburger is also experimenting with hemp stalks, sensing potential for a broad array of industrial uses but unable to secure enough to see whether it could replace wheat, corn and wood as raw materials for use in things like plastics, fuels and packaging.

“We don’t have enough hemp to process,” said Lehrburger, who created a subsidiary, PureHemp Technology, but concedes the hemp business is a few years from taking off. He’s paying $500 a ton for the scarce commodity, compared to $65 for a ton of corn stalks.

But Lehrberger is bullish on hemp’s industrial potential. Pointing to a room-sized machine that processes the biomass into pulp, Lehrburger explained that hemp stalks become pulp faster than other raw materials and require less water.

Just down the road, a greenhouse contains a more tantalizing prospect. The company CBDRx is growing several hundred hemp plants in order to extract cannabidiol – frequently shortened to CBD – a non-intoxicating part of hemp that some believe has a variety of medical applications, from alleviating pain and inflammation to managing seizures.

CBDRx’s owners believe hemp’s therapeutic potential far exceeds any other commercial use. The company, created in January, plans to expand to 200 or more employees within a year, thanks to a large investment of venture capital.

“We see this as a very huge market, much bigger than the marijuana market,” said Alejandro Bergad, CBDRx’s chief agricultural officer for the company. “We’re poised for national expansion.”

But CBDRx must first to develop a product they can’t yet patent and make sure their plants don’t contain too much of the plant’s more popular chemical, THC, which produces a high.

The federal Controlled Substances Act makes no difference between hemp as a plant and marijuana as a drug.

Plants containing more than 0.3 percent THC are considered marijuana and must be destroyed by law, though licensed hemp growers aren’t subject to criminal prosecution if their plants are too strong. Last year, the first in which Colorado licensed hemp growers, agriculture authorities ordered the destruction of about an acre’s worth of plants after spot inspections, out of 1,811 total licensed acres.

More growers have signed up this year, with 2,637 acres licensed. Colorado now allows indoor hemp production, too, with 465,000 square feet in production statewide, such as the CBDRx greenhouse.

Colorado agriculture authorities say the state’s hemp industry is still very much in its infancy, even though the state’s industry is thought to be the nation’s most mature.

The Colorado Department of Agriculture, along with other states, got permission in early May from the U.S. Drug Enforcement Administration to import hemp seeds. They’re to be used for research, a crucial first step for states to develop certified seed stock to replace the current “don’t ask, don’t tell”-like policies for farmers growing hemp.

“When it started off we thought it was all going to be rope and soap, and there’s a lot of that, but we’re seeing interest from others, too,” said Sinning, who recently worked with a maker of boating carpet to find farmers who might have hemp fibers to sell.

“In any emerging industry you don’t really know what the uses are,” Sinning said. “When Edison invented electricity and the telephone, he never thought about computers and cellphones.”

One area of the state’s hemp revenue has vanished completely. Last year, Colorado’s Department of Agriculture got several hemp applications from people willing to pay $200 just to have licenses to display.

“They wanted a souvenir of the first year,” Sinning said with a chuckle. The agency hasn’t received any souvenir license requests for 2015. 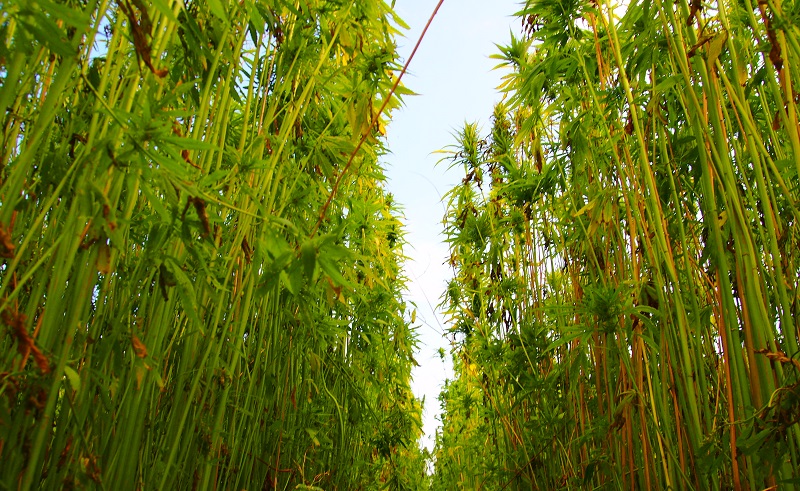